Home Article Who Is 'Killing Eve' Actress Jodie Comer Dating? Playing Villanelle on Killing Eve, She Said 'Men are scared of her'.

Who Is 'Killing Eve' Actress Jodie Comer Dating? Playing Villanelle on Killing Eve, She Said 'Men are scared of her'. 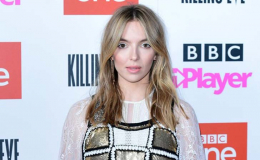 English actress Jodie Comer has become a legit global star within a short period of time; all thanks to her role as a psychopathic assassin, Villanelle in Killing Eve. Her performance in the spy thriller series was so realistic that many people were frightened to talk to her in real. Isn't that an amazing comment for an actor?

Well, Jodie Comer's role in the show will always be the point of attraction for most, still, her dating life and boyfriend definitely won't lag behind. Does Comer have a romantic life off-screen? Who is she dating?

Jodie Comer's Dating Life: Who Is Her Boyfriend? Are Guys Really Afraid to Talk to Her?

The 26-year-old actress Jodie Comer gained an instant connection with her fans playing the iconic Villanelle in Phoebe Waller-Bridge's BBC America spy thriller series Killing Eve in 2018 alongside Sandra Oh. The show premiered with its second season on 7th April 2019.

The critically acclaimed show won the BAFTA award for Best Drama Series in 2019. The show has been highly successful in the United Kingdom and the United States within the two seasons. 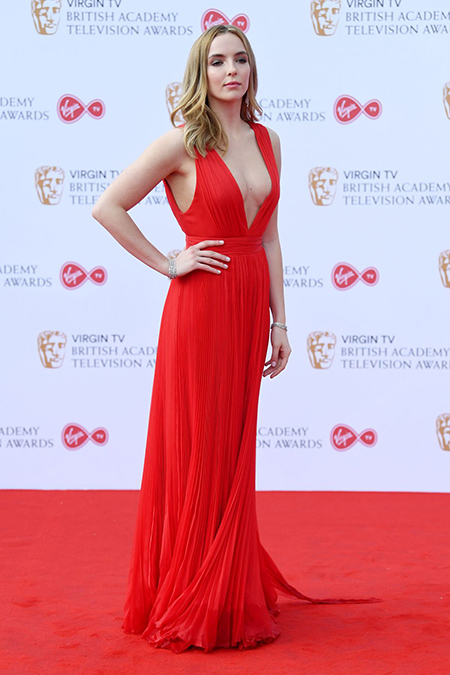 Comer became an instant sensation playing a psychopathic murderess, Villanelle in the spy thriller series. The actress admitted that her role in the series led men to be scared of her. We can definitely say that her realistic role is a praiseworthy job.

Talking about her role, she said to The Sun,

"I wanted people to be scared of her. But when I am introduced to men sometimes they are a little bit hesitant and yes, maybe they can be a bit frightened."

There's no doubt to say that The White Princess actress is much nicer in real life as she added that when people meet and get to know about her, they often say she's "safe and all good". 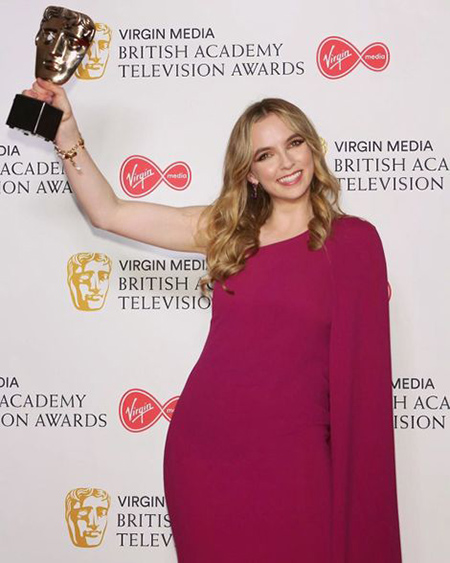 All that acclaim made Comer so busy in her professional career that she's no time for a relationship. She said,

" I am very much work-focused at the minute."

Well, it's good to take a break from relationship and affair as it definitely helps a person to know oneself in a better way. She'd definitely find the love of her life soon!

Jodie Comer's Relationship With Her Family; Also Know About Her Ex-boyfriend

Taking to the Telegraph back in September 2018, Comer gave some insight about her life behind the screen. She explained her life in Liverpool where she lives with her parents and brother.

"I honestly can't imagine not living with my mum and dad. I'm trying to postpone it for as long as possible."

Seriously, there's barely anyone on earth who's life is better and happier without parents and family.

You May Also Like: English Actress Camilla Arfwedson Dating Boyfriend Since 2016; Not In a Rush for Marriage

"I like having these two words — I get to travel and visit cool places, but then go back to reality."

"The family are really pleased for me, especially my brother. He is my best mate; he is two years younger than me and I care more about what he thinks than anyone else. Whatever happens, I can't upset our Charlie."

Comer stated that most of her friends reside in her hometown and her boyfriend is also from the same place. She stated how her boyfriend reacted to her acting career.

"My friends are in Liverpool, I have a boyfriend in Liverpool. He isn't in the industry so this is an interesting job for him to understand."

While details about her hometown boyfriend may surprise you, it's inevitable for you to know that the guy's her former love. It's clearly stated by Metro in March 2019 that 'she split from her long-term boyfriend from home'. 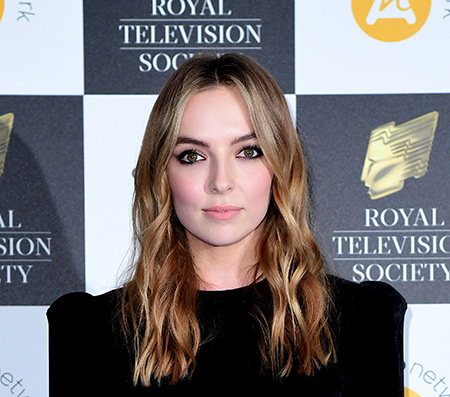