Home Article Who Is Maria Caroline Ingraham Married To? Her Family Life And Daughter

Who Is Maria Caroline Ingraham Married To? Her Family Life And Daughter 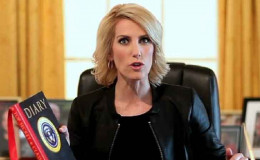 It seems that the host on Fox News Channel Laura Ingraham has no time for love and romantic life. After several unsuccessful relationships and severe health issue in the past, Ingraham has finally decided to manage every family-related stuff on her own. She is now the mother of three; all adopted.

With a daughter from Guatemala and two Russian sons from Russia, maria Caroline's mother Laura Ingraham has secured all forms of happiness for her and we are literally so happy for her. Let's get further details about her family life in today's session.

Laura Ingraham, the Fox News anchor does not have a husband as she has never been married, she decided to take every matter of her life by herself. Regardless of all, She adopted three children and it doesn't seem that she wants anything more in her life.

During the 30s and 40s, she'd romantically linked to a series of men, some of them prominent over the years. Ingraham's family consists of her three foster children and parents who served in blue-collar professions in Connecticut. Laura's dad owned a carwash, and her mom serviced as a waitress.

She labeled herself "Mom, author, TV & Radio Host, The Ingraham Angle 10p ET Fox News, The Laura Ingraham Show, 9 to Noon ET" on Twitter. The 56-year-old conservative TV anchor prefers a day out, and adventure with her kids in the meantime. 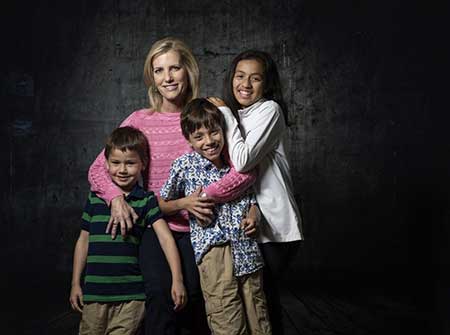 Laura Ingraham with her lovely kids.

She adopted an adorable baby girl named Marla Caroline Ingraham in May 2008 from Guatemala. She has two other sons a 13-month-old boy named Michael Dmitri Ingraham adopted in July 2009 and Nikolai Peter Ingraham in June 2011 both from Russia.

Though she never had a husband to live together, Ingraham is proud and happy to be with his adorable kids. She is a breast cancer survivor who underwent surgery in 2005.

She occasionally posts images of her children on social media. Back in 2017, she posted an image of a birthday cake her children gave her.

No, the kids didn't go for the fire hazard cake! pic.twitter.com/llmLcM1k5Z

Laura Ingraham Has A Long List Of Former Boyfriends

Years ago Ingraham dated Liberal Pundit Keith Olbermann. Though the two share a common image in public, their political ideology was totally opposite. Still, it was not their political career that split them apart.

The New Yorker magazine reported that the couple became an item briefly in 2008. 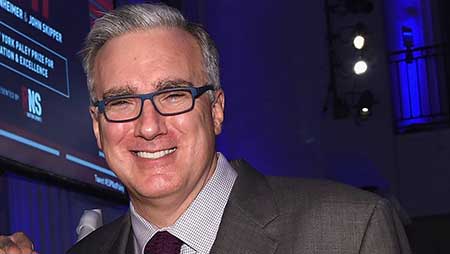 As per Vanity fair,

"After dating Laura Ingraham and then Ann Coulter, he found the ultimate prize in Dixie Brubaker, a beautiful blonde from a conservative California family, whom he had met while working in the White House."

"It was my mission to marry the all-American girl."

Ingraham was once engaged to Washington D.C.-area businessman James Reyes. Page Six described their relationship as:

"Laura Ingraham’s long search for love is finally over. The blond conservative pundit is getting married in late May or early June to Washington businessman James V. Reyes. The two met on a blind date last Memorial Day weekend."

The father-of-two once dated Katie Couric. Ingraham and Reyes eventually called out their engagement following her breast cancer surgery.

What is Laura Ingraham Up To Now?

The 56-year-old TV host is called out for monstrous behavior by her own sibling as she mocked Greta Thunberg. On Monday, Fox News apologized for broadcasting what it described as a "disgraceful" segment in which Daily Wire anchor Knowles called 16-year-old climate activist Greta, who has Asperger's syndrome, a "mentally ill Swedish kid" as soon as she delivered a moving speech at the UN. Yet, that did not stop Laura from mocking Thunberg on her show, "The Ingraham Angle" that same day. 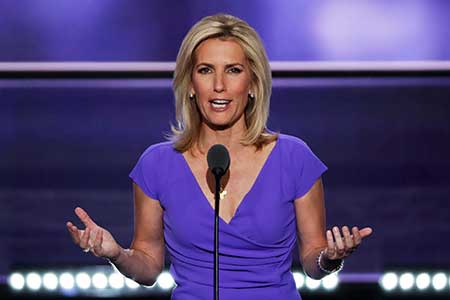