beautiful model Kelly moved on pretty well as sources confirmed that she is officially dating Stuart Walton.Know about her affairs and Relationship

When she re-played the role of new C.J. Parker in the big-screen comedy reboot, Baywatch movie, everyone was left stunned, and her iconic red swimsuit run was worth the view. From a Lambda-trained East Coast debutante to becoming a Malibu beach babe, actress/model Kelly Rohrbach is setting the screens on fire, and all the boys are enjoying the heat!

The 27-year-old sexy model who once dated movie mogul actor Leonardo Dicaprio is rekindling the romance with a Walmart heir billionaire Steuart Walton, and it looks like they are going pretty serious in their relationship. Will they get married anytime soon? Let's find out.

Kelly Rohrbach was left heartbroken when she and Green Bay Packers quarterback, Aaron Rodgers ended their brief relationship in April this year.

But beautiful Kelly moved on pretty well as sources confirmed that she is officially dating Stuart Walton.

The duo has reportedly been an item for the past four-five months, and they look hot together. The 36-year-old Steuart Walton is a professional attorney, trained pilot and a businessman who's the legal heir of Walmart.

Sitting around waiting for some turkey!#MarcCainBags

Kelly and Steuart were first spotted together hiking in Los Angeles back in November 2016, and it didn't seem like a casual visit as they were seen holding hands and smiling. And now the pair is going public with their relationship, and they are head-over-heels for each other.

So the big question is will Steuart make Kelly his wife, the future heiress to the Walmart? It's about time, and we never know what holds for this cute couple in the future.

Prior this, Kelly dated the veteran actor Leonardo Dicaprio back in 2016 for seven long months. They were flaunting some serious PDA at the CFDA Fashion Awards after party last year in June, and they confirmed the rumors after seen kissing in NYC. But after few months, sources revealed that the duo called quits.

Well, this time, we wish happily ever after for Kelly and her new beau and wish her best wishes for her future endeavors. 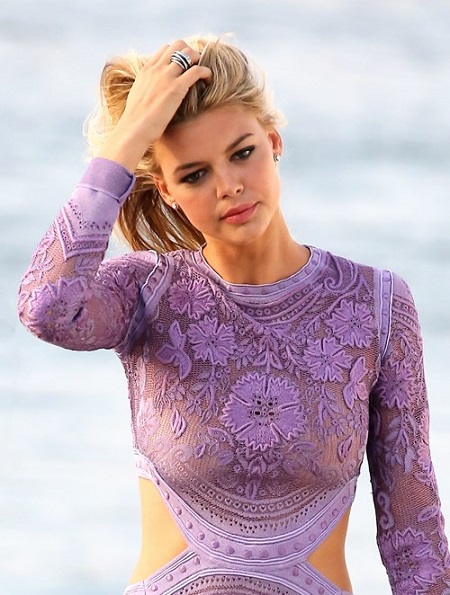