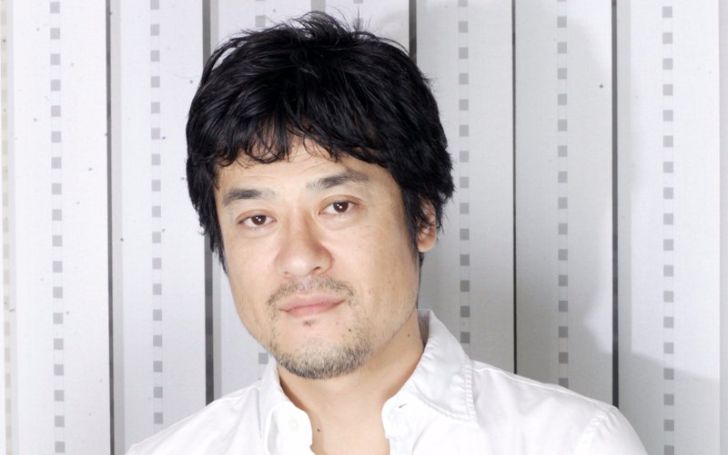 The world-renowned anime voice actor, Keiji Fujiwara, who voiced Shiro Fujimoto in "Ao no Exorcist," has passed away.

At the age of 55, popular Japanese anime voice actor Keiji Fujiwara is no more alive. His talent agency, Air Agency, announced to the public that he died from cancer on April 12, 2020. The agency did not state what cancer he was suffering from or led to his death. 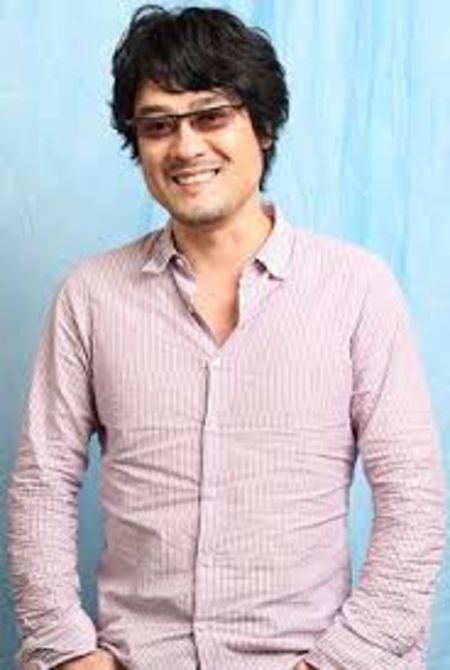 At the age of 55 years, Keiji Fujiwara has passed away from cancer. SOURCE: SinemaTurk

Born in Tokyo, the Esidisi voice actor had spent his childhood in Iwate Prefecture. He began his voice acting career in the early 1990s and got his breakthrough as Hiroshi Nohara in "Crayon Shin-Chan."

In 2006, Keiji founded the Air Agency talent Management and served as its representative director until his demise. The versatile actor's last voice character was as Reno in the video game "Final Fantasy VIII Remake."

In his celebrated career, some of his famous portrayals are like Maes Hughes in "Fullmetal Alchemist," Hiroshi Nohara in "Crayon shin-chan," Alex in "Kingdom Hearts," Leorio in "Hunter x Hunter," etc. In the international works, he was prominent for dubbing Robert Downey Jr. as Iron Man/Tony Stark in the "Iron Man" series.

Reportedly in 2016, the actor took a break from his works to undergo medical treatment for his health. He had returned to work in 2017.

Fujiwara's death news shocked the world, and needless to say, anime fans worldwide has been mourning for one of their favorite voice characters. All over social media, the anime communities has been lamenting his death and pouring their tributes. 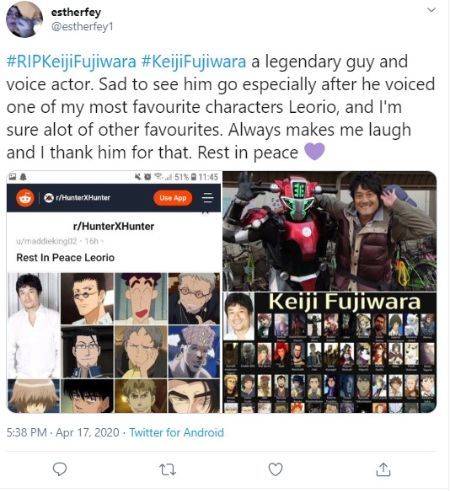 One of such fans as Twitter name Namimori's Shylark who wrote:

"Thank you for all your wonderful works. I'm gonna miss you forever. #KeijiFujiwara. Got it memorized?? Rest in Peace..."

"RIP to a king. His voice acting was amazing and I can't believe we won't hear him work ever again."

It is clear, the late Tokyo native had set a legacy of himself, and people will surely remember him for a long time. On this sad time, we too grieve on the legendary actor's death and express our deepest condolence to his family and close ones!

For more celebrity News, Gossip, and Biography, be sure to check out Married Wiki!!