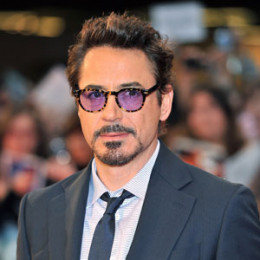 One of the Hollywoods most versatile performer, Robert Downey Jr. is famous for his acting as Tony Stark in "Iron Man". Also popular as the son of�avid filmmaker Robert Downey Sr.,�Robert Downey Jr has spent most of his early life in rehabilitation centers and prisons.�

At the age of 53, Robert is still on the way towards success as he topped the Forbes list of Hollywood's highest-paid actors for three consecutive years from 2012 to 2015, with an earning of $80 million.

The actor has been married twice and currently in a marital relationship with Susan Levin. The couple shares two children.

Robert Downey Jr. was born on April 4, 1965, in Manhattan, New York to Robert Downey Sr.-father and Elsie Ann- mother. His father is an actor and filmmaker whereas his mother was an actress. As mentioned above, Robert grew up around drugs and started taking marijuana at the age of 6. Not only he but also his father was a drug addict.

Robert and his father used to take drugs together. Taking drugs together was the way of Robert Downey Sr. to express his love for Downey Jr. The use of drugs together daily eventually made Downey spend a lot of time in abusing alcohol. 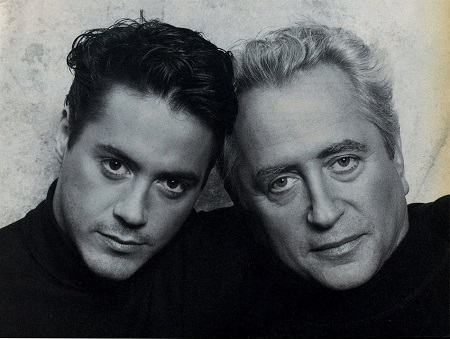 Downey made his first acting debut in his father's movie- Pound at the age of 5. He also appeared in the movie- Greaser's Palace at the age of 7. When he was 10-years old, he took ballet classes and after 2 years he attended the Stagedoor Manor Performing Arts Training Center.

When Downey was 13 years old, his parents were separated. At first, he stayed with his mother in New York and later changed his mood and moved to California to live with his father.

At the age of 16, Downey dropped out of his high school in order to pursue full time in acting. He again moved back to New York and began building roles in an off-Broadway musical- American Passion.

In 1985, Downey was hired for "Saturday Night Live" but due to the poor rating and criticisms, he and the new crews were replaced and dropped. In the following year, he also did "Turf Turf", "Weird Science".

In 1987, Downey did his first leading role in The Pick-up and also did Less Than Zero in the following year. He played in a romantic comedy film Chances Are along with Ryan O'Neal, Cybill Shepherd, and Mary Stuart Masterson.

Downey did the most famous role of his career in the comedy-drama film, Chaplin in 1992, where he played the role of Charlie Chaplin. For his role in the in the movie, he received a BAFTA Award and an Oscar nomination. 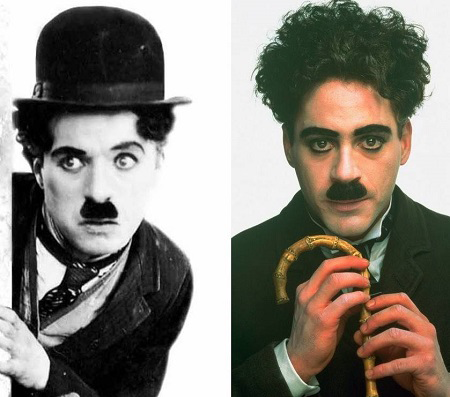 Between the year 1993 to 1999, Downey did commercial movies which include- Heart and Soul, Shortcuts, Only You, Nature Born Killers, Restoration, Richard III, Two Girls and a Guy and Balck and White.

Downey also did a psychological thriller- In Dreams in 1999 but unfortunately, it became his last movie which he completed before going -State Prison and California Substances Abuse Treatment Facility to serve for his drug charges.

Despite all the personal turmoil in the early 2000s, Downey didn't stop working. He gave his best performance in Wonder Boy and also played several roles in the films like Auto Movies and Lethargy.

Downey joined the cast of an American Legal comedy-drama television series, created by David E.Kelley- "Ally McBeal". With the new role in the series as Larry Paul, Downey once again reminded fan's and critics that his bad habit would not let his career down.

When Downey was arrested in 2001, his tenure on the series- Ally McBeal came to an end. As the producer decided to wrap the production of the final episode without Larry Paul- Downey.

As Downey was arrested in 2001, the lawyers reached an agreement with a prospectus that demanded Downey to plead no contest to cocaine-related charges. He was sentenced to 3 years of supervision over an offender, which allowed him to stay in drug treatment instead of returning to prison. 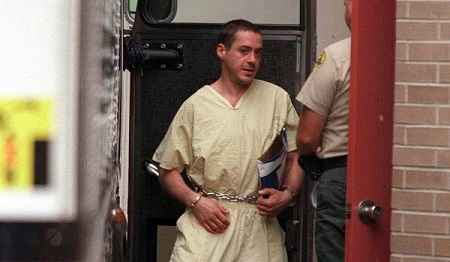 In 2003, Downey starred in Gothika which did a good job at the box office. Since then he continued to dedicate himself, playing supporting role in Good Night and Good Luck in 2005, A Guide to Recognizing Your Saints in 2006, Zodian in 2007.

And finally, in 2008, Downey's made a drastic transformation from an often critically admired actor to a Box Office star. He played the role of the wealthiest industrialist which turned into a crime fighter in the smash hit Iron Man. The movie grossed over $585.2 million.

After that, Downey starred in the comedy film- Tropic Thunder with Jake Black and Ben Stiller in 2008. His effort in the film received positive reviews. Todd McCarthy- an American film critic stated that the audacity of Robert Downey Jr.'s performance was the best reason to watch the movie. 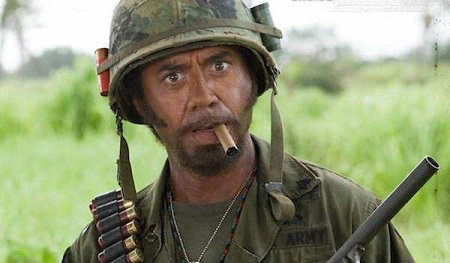 After Tropic Thunder, Downey returned in the first two planned sequels of Iron Man, Iron Man 2. And again Iron Man 2 grossed over $623 million worldwide and became the 7th highest-grossing film of the year 2010.

When Downey’s character as “Iron Man” was highly demanded, the Iron Man was back in action in The Avengers- a movie which featured a bevy of Hollywood talents like Don Cheadle- Colonel James “Rhodey” Rhodes, Scarlett Johansson- Black Widow, Mark Ruffalo- Hulk, Samuel Jackson- Nick Fury, among other superheroes.

Downey again played the most popular Tony Stark in 2013 Iron Man 3. In 2014, he starred as Hank Palmer in the drama The Judge. 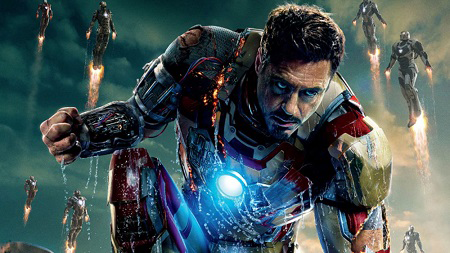 With the high demand for the character- Iron Man, Downey returned to Avengers: Age of Ultron in 2015. He even reprised his role as Iron Man in the next installment of the series Captain America, Captain America: Civil War Is Here (2016), Spiderman: Homecoming (2017) and in Avengers: Infinity War (2018).

Talking about Downey’s upcoming projects, he is scheduled to be starring in an upcoming film- Pinocchio, The Voyage of Doctor Dolittle and United Avengers.

Besides acting, Downey has sung several soundtracks in his own films like “Chaplin”, “Two Girls and a Guy”, “Too Much Sun, Friends and Lovers”, “The Singing Detective”, “Kiss Kiss Bang Bang”. Downey also released a CD- The Futurist in 2004.

Downey owns a huge collection of cars. Here’s the list of his cars and their price: 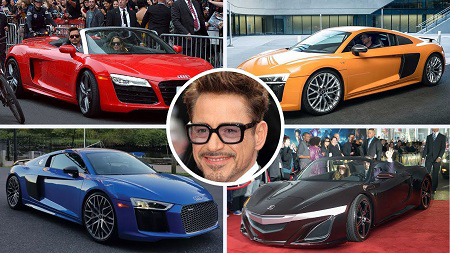 Moving towards Downey's house, he and Susan bought the historic DeRose Windmill House in the Hamptons for $11.9 million and in 2017, they completely change the house and give it a new look.

The home is in 8,500-square-feet of living space between the main house and the guest house on 4 acres of land. It was not an actual windmill but later serves as a copy of an original windmill in East Hampton.

In 1984, Robert Jr. started dating Sarah Jessica Parker- an actress. They met in the set of a drama film, Firstborn. Due to Downey’s habit of drug abuse, it eventually affected their romantic relationship. They broke up in 1991. 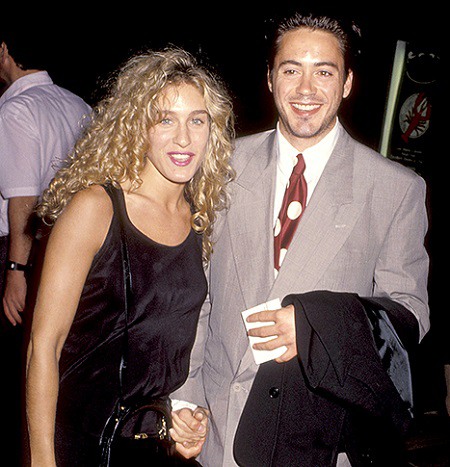 In 1992 May 9, Downey married Deborah Falconer after a 42-day courtship. Their son- Indio Falconer Downey was born in 1993. Downey and Deborah were separated in 2001 and their divorce was finalized in 2004 April 26. 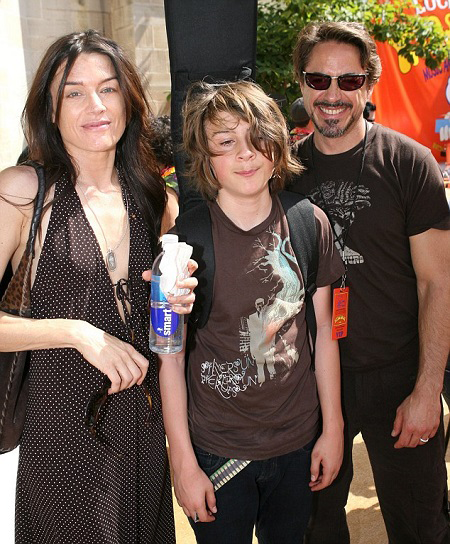 In 2003, Downey met Susan Levin- a producer and Executive Vice President at Joel Silver’s film company on the set of Gothika. Their relationship continued even after the completion of the film. Downey purposed Susan on her 30th birthday. 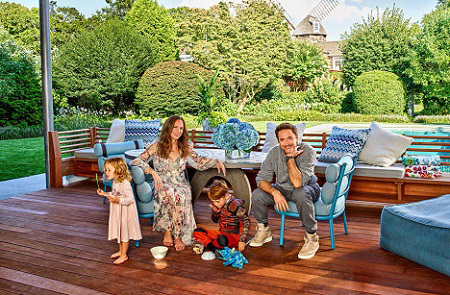 They tied the knot in 2005 in a Jewish ceremony at Amagansett, New York. The couple’s first child (son) was born in 2012 and their second child (daughter) was born in 2014. In 2010, Downey and Susan opened their own company- Team Downey, and their first project was The Judge.

The actor married Deborah Falconer in the year 1992. They even have a son Indio Falconer Downey. The couple separated in 2001 because of Downey's repeated trips to rehab and jail. And their divorce was finalized in 2004.

The duo tied the knot in an intimate ceremony in 2005 after divorcing his first wife. They share two Children.

Exton Elias Downey was born in 2012. He is the son of Robert Downey Jr and Susan Levin. He is the second child of Downey.

Avri Roel Downey is the third child of Robert Downey Jr. She was born in November 2014.