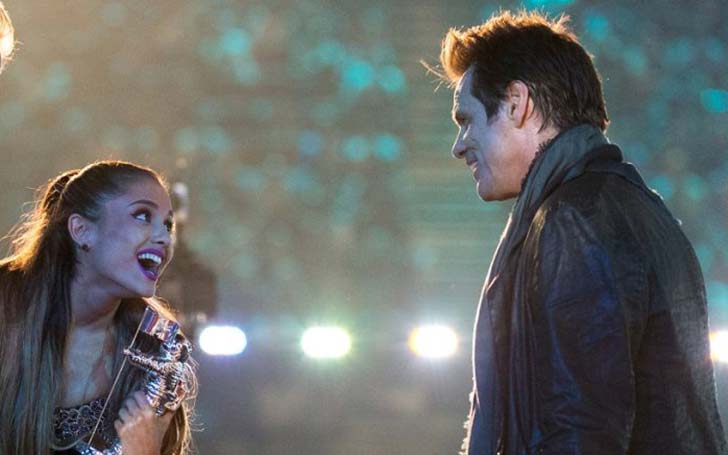 Ariana Grande recently got praised from her crush, Jim Carrey, who shared some delightful words towards her. He applauded her singing talent stating her as a breath of fresh air.

The Golden Globe winner, Jim Carrey shared some beautiful words explaining his love towards Ariana Grande's song. He praises her work and said,

"The admiration doesn’t just go forward to an older generation. It goes backward as well. She’s a single artist. She has a gift. She has a thing she does that’s like magic. When she opens her mouth and sings, it's just magical. It’s nice to find out that she’s a lovely person. She's so game and willing to do it. She put herself in a place of just being silly and innocent and fun and she was just a breath of fresh air."

The two are working on a show titled, Kidding, whose second season is set to be premiered on November 3, 2019. Furthermore, Ariana and Jim shared a platform where they got to know each other better and had a chance to learn and admire each other. 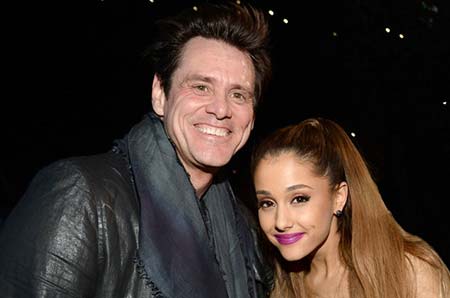 Two days before Jim's praise of Ariana, she shared a beautiful post on her Instagram, admiring his work and sharing how she idolizes him. Have a look at the post!

there aren’t words. i’ve been staring at my screen and no words do this moment justice. thankful for the most special experience of my life. nothing is crazier than getting to work with and spend time with someone whom you’ve idolized and adored since before you could speak. actually, what’s even crazier is discovering that person to be more special and warm and generous in person than you ever could’ve imagined. i get to make a tiny appearance on the hilarious and deeply moving show Kidding next season. this was a DREAM of an experience. thank you thank you thank you Jim and thank you Dave for having me. i have so much more to say but words actually can’t .... cover it.

Previously engaged to Pete Davidson, Grande was in love with Carrey from an early age and even admitted her first Instant Messenger name was jimcarreyfan42. Moreover, she was in fourth grade back then. Besides, she had a tattoo inspired by one of his movie, The Truman Show.

Ariana had this opportunity to work with her idol, in a comedy-drama series, Kidding. However, her role isn't revealed yet, while Jim portrays the role of Jeff, the main character from the series.