Home Article Big Bang Theory's Johnny Galecki Expecting a Child With His Girlfriend Alaina Meyer: Wishes His New Child to be a Girl!

Big Bang Theory's Johnny Galecki Expecting a Child With His Girlfriend Alaina Meyer: Wishes His New Child to be a Girl! 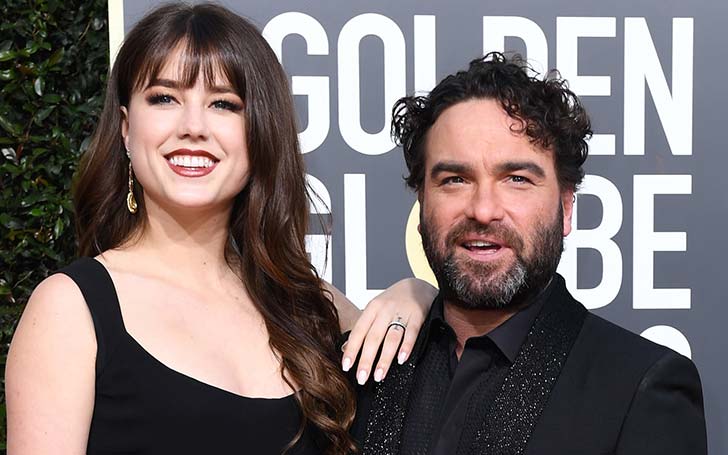 "The Big Bang Theory" finale episode is soon to air on our TV sets (16th May) and the star, Johnny Galecki is here with a big announcement about his first child.

It was just last week that PEOPLE confirmed that Johnny Galecki and his girlfriend Alaina Meyer, 21, were expecting their baby together. The-soon-to-be father is so excited about his first child that he explained about the little bundle of joy on the way while appearing on The Talk. 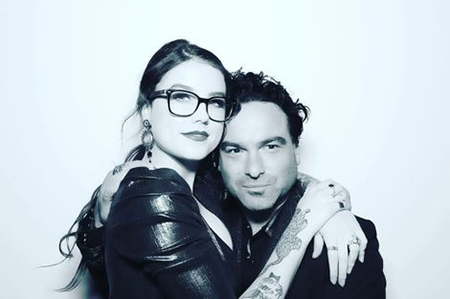 While talking with the show host, Galecki, 44, was asked whether his bright pink nails is an indication of his upcoming child's sex. The star seems so excited that he reveals he is secretly hoping the new baby to be a girl.

Talking about his Big Bang character, he explains that he's a bit bored to play the role of Leonard for as long as 9 and a half months.

"So we wrapped and I threw some blue in my hair, then I got superstitious that I was manifesting a boy, when I kind of prefer a girl."

"So, I painted my nails pink to try to even out the energy there."

He added that the baby's health is most important for him than any other thing.

We are absolutely over the moon to announce that we will soon be welcoming a little one into this crazy and wonderful world. We ask that you please respect our privacy during this celebratory time for us and our families. There truly is love out there for all. We hope ours is the ember of yours, as we feel yours is the ember of ours.

A post shared by Johnny Galecki (@sanctionedjohnnygalecki) on May 3, 2019 at 1:16pm PDT

The Talk show co-host Sara Gilbert, 44, went on explaining the moment how Galecki shared the news about his girlfriend's pregnancy news at the Big Bang Theory's finale wrap party.

"I’m sitting with Johnny and his girlfriend … and he’s like, ‘I gotta tell you, we’re expecting a baby. When he said that, I burst into tears, so tears are coming down my face … and Stephanie, [Aisha Tyler’s former make-up artist on The Talk] sees me and she walks up and says, ‘I know, isn’t it so sad that the show is ending?'"

It was just last week the couple talked to PEOPLE about expecting their first child together.

"We are absolutely over the moon to announce that we will soon be welcoming a little one into this crazy and wonderful world."

Galecki and his girlfriend opened about their affair back in September 2018 and made a red carpet debut two months later at the E! People's Choice Awards 2018 in Santa Monica.

You May Like: "Wedding Alert" Jim Parsons is now officially a Husband of Todd Spiewak. See the Wedding details of the Couple

Though the pair shut down rumors about their engagement earlier in December 2018, their recent Instagram uploads clearly show both of them wearing rings on their ring fingers.

Well, it clearly shows that their marriage is approaching soon!