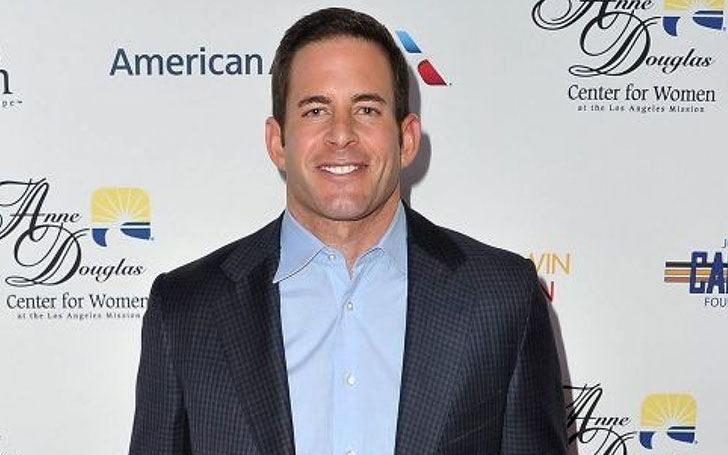 Tarek El Moussa shared a sweet post about his kids after his ex-wife, Christina Anstead, announced her pregnancy on Friday, March 22.

Tarek El Moussa, 37, shared a sweet post on his Instagram after his ex-wife Christina Anstead announced her pregnancy.

The Flip or Flop star, captioned a photo of him and his children from Christina while sitting on a sofa with his daughter Taylor, 8, and son Brayden, 3.

My loves my life my everything .. this picture represents the most important part of my life...being a father!!!!! . No matter what happens during my day...I never take negativity home with me. When I have my babies I come home and can’t help but smile. I smile because I know no matter what we all love each other and nothing can break our bond. I just adore these two:). . I’m starting a new episode with @robertdrenk today...who’s excited for his debut . I’m so excited for tays soccer game tomorrow, do you have any fun plans!?? .

El Moussa and Christina divorced in December 2016 after seven years of married relationship. Yet they still continued to work together on the TV series, Flip or Flop.

Recommended: After being married for seven years the 'Flip or Flop' stars Tarek El Moussa and wife Christina El Moussa has filed for divorce

Being a father without kids is like a fish without water and the divorce terms simply collided with Tarek's life as his children's moved on to their mother who later remarried the reality TV star Ant Anstead and now are expecting their first child together.

@ant_anstead and I are so excited to announce #babyanstead coming this September!! The kids are all so excited to meet their new sibling #5 #Gonnaneedabiggercar!

The Wheeler Dealers host walked down the aisle with Christina in December 2018 after a little over a year of dating.

Also, Read: Flip or Flop Star Christina El Moussa is ruling over the internet with her latest vacation photos. She is also reportedly dating Nate Thompson. Are they really a couple?

Most importantly, Christina mentioned that her ex-husband wished her well after her wedding in February.

While promoting her upcoming HGTV show, Christina on the Coast, the lady Anstead mentioned that her ex-husband Tarek texted her and groom, Ant, the message of 'Congratulations'. Above all, she noted that it's really good closure for all of us and it’s a fresh start for him as well.

Moreover, Christina added that she “definitely” hopes El Moussa finds “someone who treats my kids very well, just like Ant treats my kids.”