Home Article Flip or Flop Star Christina El Moussa is ruling over the internet with her latest vacation photos. She is also reportedly dating Nate Thompson. Are they really a couple?

Flip or Flop Star Christina El Moussa is ruling over the internet with her latest vacation photos. She is also reportedly dating Nate Thompson. Are they really a couple? 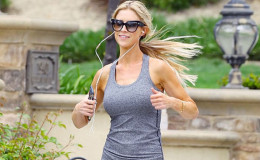 Christina El Moussa started dating various person after her marriage with Tarek El Moussa ended in 2016. Let us find out more about the news.

Well, they said that summer's coming but it seems that it's coming well before it's usual date as Christina El Moussa has uploaded pretty hot pictures of her.

The 33-year-old star has proved that age is just a number and she uploaded this pictures amid rumors of her relationship with famous hockey player Nate Thompson.

Let us find out more about her relationship status.

Christina has become one of the hottest sensation on the internet today.

Be it her relationship with her family contractor or a hockey player or be it her hot photos that are breaking the internet, she is all over the web. 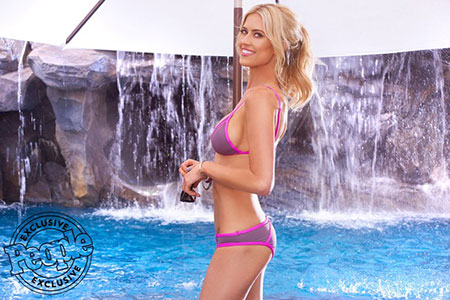 Soon after her separation from her husband Tarek El Moussa, she started going out with her family contractor Gary Anderson.

It was very shocking news for many of us but according to the report, she started exchanging messages with Gary after she first met him while he was working on their house pool.

After their relationship came to the public eye, Tarek was furious about it and he went out of his way and commented a very rude remark on Gary's photo, that was uploaded by his daughter on her Instagram account.

According to the reports, Tarek commented,

“Thank God those heart attacks didn’t kill him — he may make 60.”

It was a ridiculous remark and the comment was instantly removed but it was seen by Gary's daughter. The remarks made a lot headline on the internet. 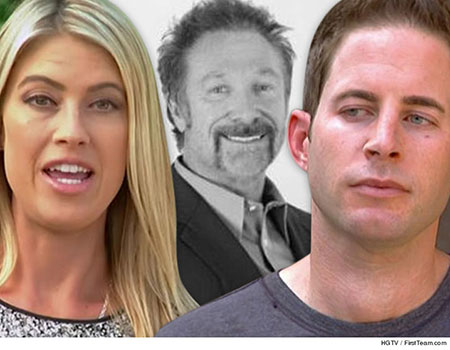 Gary Anderson-Reason for the split of Tarek and Christina

But her relationship with Gary was like a ladder which she required to move on from her husband Tarek.

The couple's relationship ended after a few months and she started dating a big sportsman.

Christina El Moussa relationship with Nate Thompson: Is She Married?

In early 2017, the Flip and Flop star was spotted with NHL player Nate Thompson. She was attending various games in which Nate played. 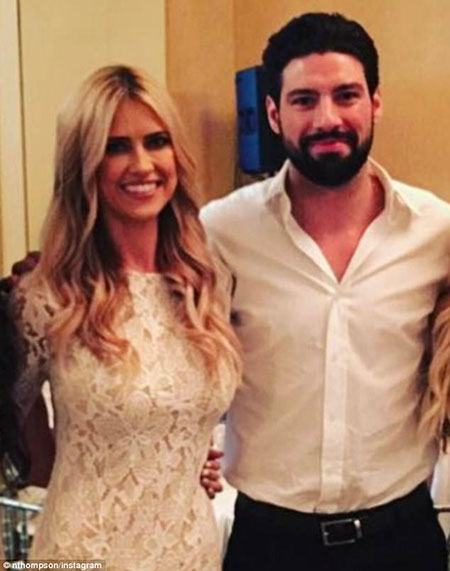 They also appeared in a photo together in which the NHL hunky player wrapped his arms around the star.

But one of the sources close to Christina has said that both of them are not dating and are only good friends.

But when she was asked about her relationship with Nate, she gave a little smirk but said nothing.

The small smirk on that face does indicate something and many people are now claiming that the couple is really in a relationship.

Welcome to the family!! @cashiethefrenchbulldog Click link in my bio!!

Tarek must have been regretting his decision to leave this hot blonde bombshell after he filed for divorce in January 2017.

Even though he is also in a relationship with Alyssa Logan, their children's nanny.

But it looks like that he is still not able to get over Christina and on top of that her new photos must have taken its toll on Tarek. The former couple has two children together.

Despite all their differences, they still work together and for this, all the fans of the show "Flip or Flop" will always thank them. 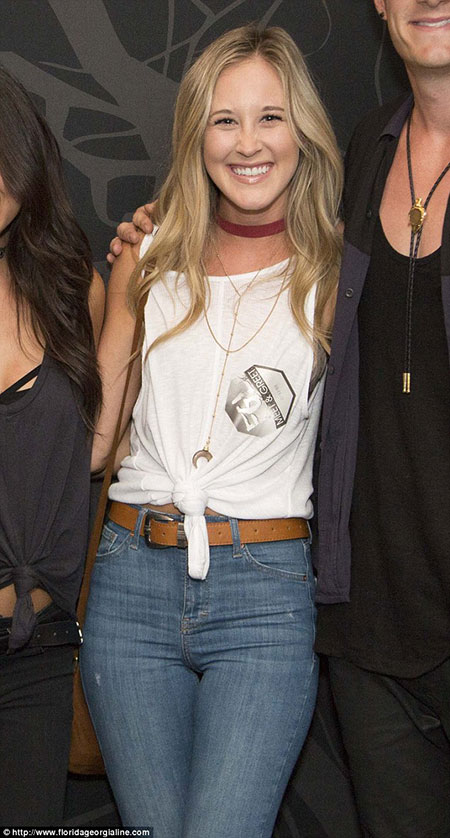 Well, for now, Christina and Nate are definitely something but we cannot be very sure about that.

Only time will tell about their relationship and when it does we will make sure that we let you know about that.

Well, Christina never fails to shock her fans and the world through her mysterious and controversial love life. She is nowadays linked with every guy possible and as per the latest news, there is a new man in her life.

After a lot of speculation of her having an affair with Nate Thompson, she is now allegedly in a relationship with an Orange Country Businessman named Doug.

Christina El Moussa spent "date night" with a new man, and it looks like it definitely wasn't a flop. https://t.co/zWlaDjTaXf pic.twitter.com/Jv4YwvPLYZ

As per the source, the pair is spending a lot of time together and there is definitely something going on between them, Even her
Ex-husband Tarek said in an interview on SiriusXM's"Radio Andy with Andy Cohen"

"Yes, she is dating. Who specifically, I couldn't tell you".

Well, this estranged couple never fails to surprise us. What say, guys!!!

The 35-year-old HGTV star married her second husband Wheeler Dealers host Ant Anstead in a private ceremony with their children close by on 22 December 2018.

The couple was dating one another since October 2017. As Moussa has a son and a daughter with her ex-husband, Anstead also has a daughter named Amelie and a son Archie from his former marriage.

She used her husband's name on her Instagram just weeks after her wedding.