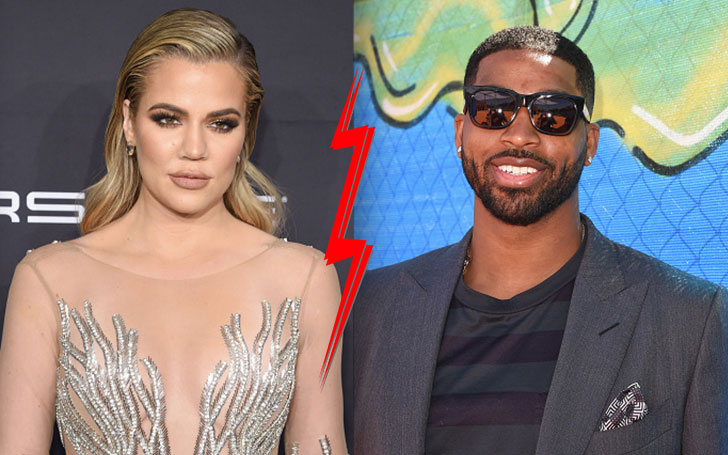 Keeping up with Kardashians star Khloe Kardashian ends her 3 years long relationship with Tristan Thompson after he allegedly cheated on her with Kylie Jenner's best friend Jordyn Woods.

The reality star Khloe Kardashian announced her split with  The NBL player Tristan Thompson following another cheating scandal on Tuesday.

"Tristan and Jordyn were all over each other... making out".

After learning about the news Khloe immediately broke things with the basketball player citing "she has had enough."

In addition, the reality star further confirmed the entire thing when another post supporting the ongoing rumor surfaced on social media.

Recently, an Instagram account called Hollywood Unlocked posted a video reporting one of their writers present at Tristan's house this weekend watched the whole makeout scenario.

#PressPlay One of our contributors was at #TristanThompson’s house party and saw what went down! @kyliejenner we need you to address some thangs with @jordynwoods Anyhow, #JordynWoods stayed at his house until approximately 7am. Who needs to go?! Comment below!

Instead of denying the claims Khloe hit a like and commented the shouting emoji. Supporting her were her close friends  Malika Haqq and Larsa Pippen who also commented "STRONG FACTS," and "Amen!!!" respectively.

Denying the claims Tristan earlier tweeted the reports to be "Fake news" which he later deleted following his break up with the Keeping up with Kardashians star.

Read more: Khloé Kardashian's Baby shower along with her Family and Friends

Jordyn is a very close friend to the Kardashian-Jenner family. The 21-year-old is Kylie's best friend for many years. Additionally, Jordyn is also a member of the Good American squad, representing Khloe's clothing brand. 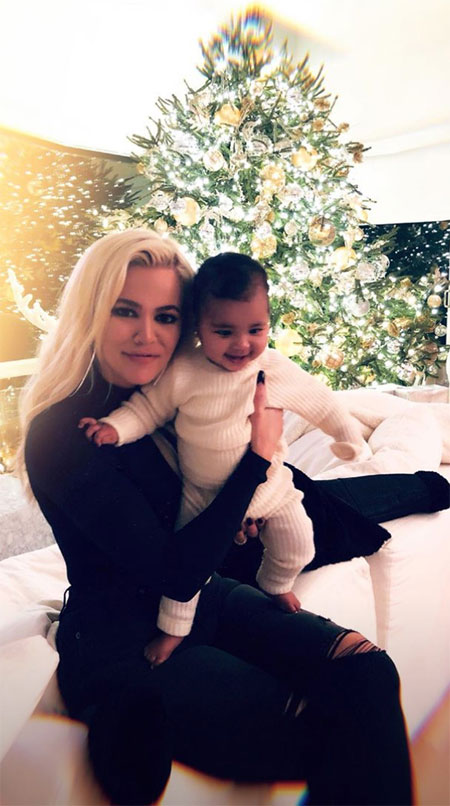 This allegation comes almost a year after Tristan was involved in another cheating scandal, shortly before the birth of baby True Thompson. Amid the scandal, Khloe gave birth to their daughter in Cleveland and decided to give another chance to the basketball star.

Neither Khloe nor Tristan are currently speaking about the matter at the moment. The pair will, however, focus on co-parenting their child despite, Tristan's constant need of traveling across the country due to his basketball career whilst Khloe resides in LA.

"Being True's mom is truly all she cares about and is her top priority."

In addition, True is not the only child of Tristan as he already shares another kid, a 2 years old son named Prince Thompson with his former girlfriend, Jordan Craig.

Meanwhile, Jordyn Woods who appeared alongside Kylie in 'Life of Kylie' is yet to speak on the allegation.