Olympic Skater, Ashley Wagner Alleges John Coughlin for Sexually Assaulting Her at the Age of 17!

Ashley Wagner recently opened up about how John Coughlin sexually assaulted her when she was just 17. She shared the incident in an essay published in USA Today on August 1, 2019.

Olympic skater, Ashley Wagner recently wrote an essay to the USA Today, opening up about an incident she faced over a decade ago, in 2008. She wrote,

"I now know that regardless of the events of that night, I got into that bed thinking I was safe to just fall asleep. He was the one who took away that safety. I went into that house just wanting to have fun with my friends. He was the one who shattered all of that. Going to the party in no way, shape or form gave that man permission to touch me. I never once said anything that made him think that it was okay to take control of my body away from me."

She added, writing how she was helpless and couldn't do anything but feel the guilt for years. The 17-years-old back then couldn't prevent what happened. 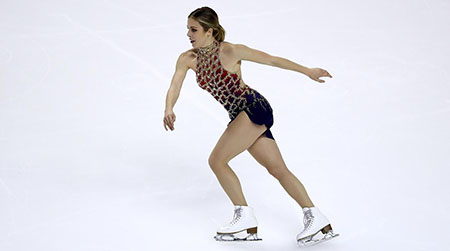 John Coughlin was also accused of sexually assaulting one of his former skaters, Bridget Namiotka for over two years. She opened about it in March 2019, writing,

"I'm sorry but John hurt at least 10 people including me. He sexually abused me for 2 years. Nobody innocent hangs themselves."

A spokesperson for a governing body stated such incident shouldn't happen to anyone and plaudits her bravery for coming forward and sharing the experience publicly to help others. As Wagner wasn't the only one who had to go through this, her experience could make people aware of such incidents.

Wagner is a former skater who won several honors including a bronze medal for the US in Sochi Olympic Winter Games in 2014. Also, she won the national championship in 2012, 2013, and 2015. On the other hand, John was a two time US pairs champion who killed himself back in January 2019.