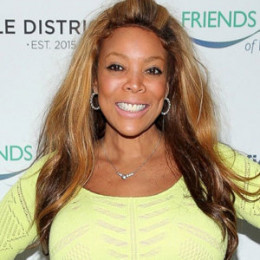 An American television host as well as the actress, author, fashion designer, and former radio personality, Wendy Williams is currently married to Kevin Hunter since 1997. She was born to parents of Thomas and Shirley Williams. Wendy graduated from Northeastern University in Boston, Massachusetts with a B.A. in communications and was a DJ for the college radio station WRBB. She has written a New York Times best-selling autobiography.

Wendy has become one of the most popular female hosts in daytime television. Wendy Williams is rumored to have hooked up with The Notorious B.I.G. She dated very shortly to Erick Sermon. Wendy Williams was previously married to Darren Williams (1994 - 1995). Currently, she is married to Kevin Hunter in 1997. Wendy is the mother of one child named, Kevin Jr. who was born on August 18, 2000.

Wendy Williams was born on July 18, 1964, in Asbury Park, New Jersey. Her parents are Thomas Williams and Shirley Williams. She was raised in the Wayside section of Ocean Township, with her two siblings.

Wendy was different from her older sister Wanda Williams, as she carried sharp characteristics from an early age. She belongs to African-American ethnic background and holds the American nationality.

Williams graduated from Ocean Township High School. She attended Northeastern University in Boston, Massachusetts from 1982 to 1986, where she graduated with a B.A. in communications. She was also a DJ for the college radio station WRBB.

Williams joined the WVIS in the United States Virgin Islands where she obtained an afternoon position at Washington DC-based station WOL after a year. In addition, Wendy started working in a Philadelphia urban station, WUSL.

Wendy then debuted a six-week television trial of her own talk show The Wendy Williams Show on July 14, 2008. She has also appeared on other television shows like Martin, One Life to Live, Drop Dead Diva, The Face, Aaliyah: The Princess of R&B, and Death By Gossip with Wendy Williams.

Wendy Williams was initially involved with American Musician Erick Sermon which only lasted briefly. She then married Robert Morris (III). The couple got into a relationship in 1992 and dated for 2 years before taking their wedding vows.

The marriage lasted for a year from 1994 to 1995. In her biography, Wendy's Got the Heat, Williams uses the pseudonym Robert Morris III to refer to her first husband where she describes him as a salesperson.

Williams married her second husband Kevin Hunter on 30th November 1997. The couple dated for a few years after getting together in 1995. 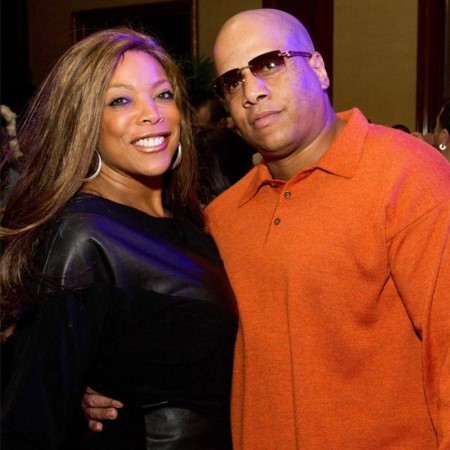 The couple has one child from their marriage. Williams welcomed their son, Kevin Hunter Jr., on August 18, 2000.

Wendy is a Christian and she prays with her husband before every show.

On February 2018, Wendy Williams announced to her viewers she had doctor's orders to take a three-week break from her daytime show. She needed time off because of hyperthyroidism and Graves disease.

Wendy Williams has an estimated net worth of $60 million. Her source of income includes earnings from the TV industry, sponsorships, and TV advertisement. Her annual salary is reported to be $15 million.

Williams earned around $20 million to $25 million being a host of Dancing with the Stars. Meanwhile, her highest grossing movie Think Like A Man made $96.1 million at the box office.

Wendy has a house in New Jersey which is estimated to be worth $1.5 million. Her car collection includes Aston Martin, Bentley Bentyaga, and Mini Cooper.

Currently, she is married to Kevin Hunter in 1997. The couple seems to be very happy with each other so no signs of divorce.