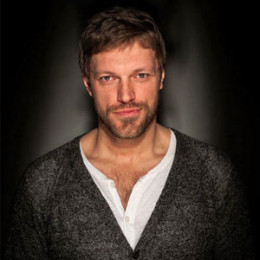 An actor and retired professional wrestler, Adam Copeland is well known by his ring name 'Edge.' He has earned a fame within the wrestling group winning thirty-one championships in WWE. Aside from his professional wrestling, Adam is also known for appearing on the big screen.

Adam Copeland was born on 30th October 1973, in Orangeville, Ontario, Canada.His full name is Adam Joseph Copeland. His mother’s name is Judy Copeland and she raised him as a single parent. Copeland never met and never even saw his father till now.
When he became of age he did the various job to pay the bills as well as to support his mother. He then joined Humber College, where he graduated with a degree in radio broadcasting.

When he was a kid Adam was always interested in wrestling. As a matter a fact he even went to see Wrestlemania VI wearing a Hulk Rules T-shirt. When he was 17 he won an essay competition and the prize was free wrestling training with Ron and Sweet Daddy Siki

On 10th May 1996, Adam Copeland substituted Bob Holly's in the opening match of a WWF house show in Hamilton, Ontario.

On June 22, 1998, he made his debut as Edge on Raw brand of WWE. The name was taken from an Albany radio station.

His first televised match was against Jose Estrada, Jr. of Los Boricuas which ended early when Adam performed a somersault senton from the ring to the outside injuring Estrada's neck.

From then onwards he held many titles and became one of the favorites of the fans. He bagged his first championship on July 21, 1999, WWF Intercontinental Championship defeating Jeff Jarrett at is hometown Toronto.

On April 2, 2000, Edge teamed up with his childhood friend Christain to win his first WWF Tag Team Championship at the Wrestlemania.

He competed in the 30-man Royal Rumble match on 19th January 2003, where he had three eliminations before getting eliminated by Chris Jericho.

In January 2005, Edge competed in his first Elimination Chamber match at New Year's Revolution for the vacant World Heavyweight Championship.

He won the 'Money in the Bank' ladder match, gaining a contract that gave him a shot at the World Heavyweight championship within one year. He lost a title match against John Cena at Elimination Chamber, so he cashed his contract immediately after the match and defeated the tired Cena to win the WWE Championship.

In June, Edge won the 'Unified WWE Tag Team Championship' with Chris Jericho at The Bash after he and Jericho got a chance at the title which was originally a match between reigning Champions The Colóns and Legacy.

On 11th April 2011 episode of Raw, he gave an emotional speech about his career and the realities of wrestling In the speech he told that his doctor had not cleared him to wrestle as he was diagnosed with Cervical spinal stenosis. He added if he continued to wrestle it would result in paralysis and even death. So he decided to retire from WWE.

Edge was inducted into the WWE Hall of Fame by his long time friend Christain on March 31, 2012, during Wrestlemania XXVIII weekend.

Edge with his partner Christian hosted on 29th December 2014, an episode of Raw, where they held the first ever Cutting Edge Peep Show interviewing Seth Rollins, who, along with Big Show, attacked them.

After retirement fromEdge and Christain starred in comedy series The Edge and Christian Show That Totally Reeks of Awesomeness which premiered on 21st February 2016. Well, the show was a hit.

Apart from that, he has featured in movies like Interrogation, Bending the Rules as a lead character, Highlander: Endgame.

He also worked in TV series like Sanctuary, The Flash, Private Eyes, Vikings and much more.

In July 2015, Copeland was nominated for Golden Maple Award for Best Actor in a TV series broadcasted in the U.S. for his role in Haven as Dwight Hendrickson.

Then he married Lisa Ortiz on 21st October 2004. While with Lisa, he started an affair with fellow wrestler Amy Dumas a.ka Lita. Their relationship became public in February 2005.

It resulted in a divorce with Lisa on 17th November 2005. However, the relationship between Edge and Amy also didn't last much.

The couple met while both of them working in the WWE. But they didn’t actually start dating until after Copeland was forced to retire from wrestling due to injuries.

On 12th December 2013, Copeland and former WWE wrestler, Beth Phoenix had a daughter, named Lyric Rose Copeland. On 31st May 2016, their second daughter named Ruby Ever Copeland was born.

Adam has a net worth of approximately $ 14 million. He owns a house in Asheville, North Carolina, United States.

He was previously married Alannah Morley on 8th November 2001 and the couple divorced on 10th March 2004.

On 31st May 2016, their second daughter named Ruby Ever Copeland was born.