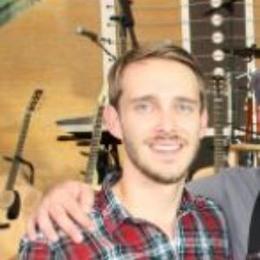 Adam Reifsnyder makes a popular career in the music industry. He is a former member of WALK THE MOON, group Honey bucket, and the synth-pop Astronymer. Let's learn more about his net worth, lifestyle, and relationship.

Adam Reifsnyder is a happily married man. Reifsnyder walked down the aisle with his girlfriend turned wife, Lauren Morgan. The Pining hitmaker had a gorgeous wedding ceremony with only a few selected friends and family members attending it. 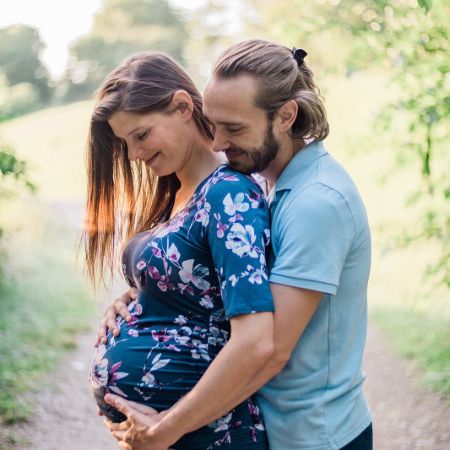 Additionally, the lovebirds dated for a while, and now the two are lawfully husband and wife. Ever since the wedding, the dreamy duo has been living blissfully together. There are no rumors of their divorce or an extramarital affair.

Further, Adam spends a lot of time with her loving wife, Lauren, and the pair does everything together. With the musical and life partner, Lauren is active in the indie-folk duo the Fairdowells.

The former, Walk the Moon band member and wife Lauren became parents for the first time on November 5th, 2020. They dropped the big announcement about extending their family with Lauren's pregnancy post about expecting their twins.

Well, the news grabbed headlines all over the media, making their fans crazy. Adam shared the news that the couple named their newborn babies, Willa Fae Morgan and Rudy David Morgan, born at 12:32 am and 12:34 am on the same day.

The proud father shared a few baby pictures in his Instagram feed. The songwriter also revealed that he released a duet "Pining" that honors a pregnancy that his wife lost in 2019. As of 2021, the family of four is one of the happiest families.

Adam Reifsnyder made his debut in the music industry with the hit "Phases." The song tackles incredibly personal topics like childhood nostalgia and family illness. His next single, "Don't Be Alone," was released in 2020.

The Cleveland-based musician, performer, and producer was active in both bands, Walk The Moon and Honey Buckets. The debut EP," Origins" for Honey Buckets, was released just six days after the arrival of his children.

Currently, Adam is focused on writing, producing, and releasing music as Adam Reifsnyder, Astronymer, and The Fairdowells. As for his net worth, it is assumed to be somewhere around $500,000. But given a top-notch music artist earns an average of $60,000 a year. 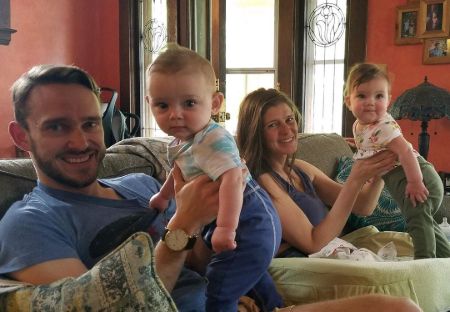 Willa Fae Morgan is one of the two twin babies of Adam Reifsnyder.

Rudy David Morgan is the second of the twins born to Adam Reifsnyder.