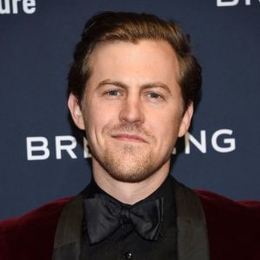 Alex Moffat is an American actor and comedian who is best known for portraying 'Eric Trump' on Saturday Night Live(SNL). He has also worked in several movies and TV shows including 'Holidate'.

Alex Moffat is Married; Learn About his Wife and Children

Alex Moffat is happily married to Caroline Rau, who is also an actress by profession. The pair tied the Knot on August 19, 2017, after getting engaged on March 21, 2016. 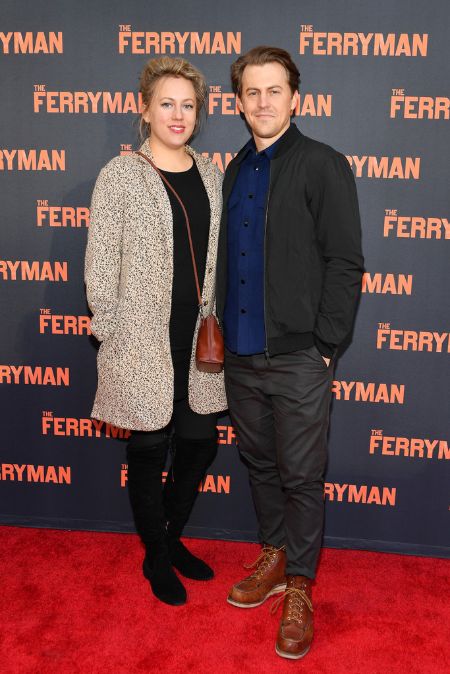 Moffat and his wife mostly keep a low profile. Though the pair is seen attending a few events together, they hardly share pictures of one another on their social media sites. Because of this, fans do not have any insight into their married life. But, it is clear that Moffat & Rau will have their first child in 2021.

Alex Moffat Plays Eric Trump on SNL; What is his Salary and Overall Net Worth?

Alex, after making a mark in comedy in his home state of Chicago with a performance at The Second City and Zanies Comedy Club, tried his luck at Saturday Night Live(SNL) in 2016 by giving an audition.

It is a testament to his talents that he was selected in his first try and debuted in the coveted program on October 1, 2016, alongside Mikey Day and Melissa Villasenor. Since then, he has impersonated various celebrities such as Casey Affleck and Prince William in the program. But there is no denying that Moffat is most famous for his portrayal of Eric Trump, the second son of President Donald Trump. 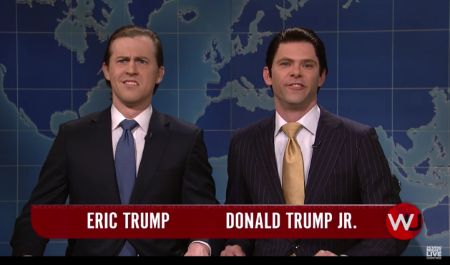 In addition to working in SNL, the 38-year-old also regularly appears in movies and television shows. He is currently seen in the movie Holidate as Peter. The film features Emma Roberts and Luke Bracey in major roles and is released on Netflix on October 28, 2020.

Given Moffat is making nice earning as an SNL cast member and is a successful actor, it makes sense that his Net Worth as of 2020 is $3 million. 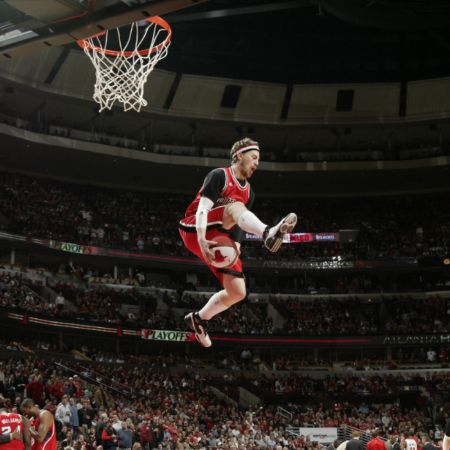 Caroline Rau is a actress who studied Theatre Arts at Washington University in St.Louis. She currently lives in New York.