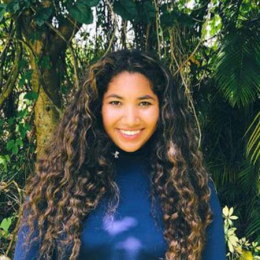 Alexandra Ortiz is the daughter of the retired Major League Baseball player David Ortiz and an entrepreneur Tiffany Ortiz. She is a musician and came into limelight when she sang the American national anthem in her father retirement game in 2016.

What is Alexandra Ortiz Relationship status? Know more about her Personal Life

Alexandra Ortiz is currently single and is focusing on her studies. She currently finished her high school and will be studying at Berklee College of Music in Boston in the fall.

Proud of u sis ur on to college @alex.veda.ortiz

Alexandra was always in the public sphere but she garnered public attention when she sang the National Anthem at her father David Ortiz first match of his last season. David was completely surprised by her daughter and was seen crying during her performance.

Alexandra along with her family is again the center of attention because of David Ortiz shooting that occurred in the Dominican Republic nightclub on Sunday. He was bought back to the US and successfully treated at Massachusetts General Hospital, Boston.

Further, Alexandra grandfather Americo Enrique Ortiz aka Leo and brother D’Angelo have commented in the situation. Later, Leo thanked the medical team through press and D'Angelo posted a sweet message on Instagram praying for his father.

A storm has been brewing this break. Can’t wait to share it. PC: @biancavidale

Alexandra father is a legendary baseball player and boasts a net worth of $22 million according to Forbes in 2016. The player earned his wealth through Games, advertisement and business ventures.

Alexandra grew up in an Adirondack-style home spread in two-acre land in Weston, Massachusetts which is now for sales for $6.3 million. The Ortiz family is moving to a more compact apartment in the city.

Alexandra Ortiz was born on March 22, 2001, to parents  David Ortiz and Tiffany Ortiz. She is of mixed race as David is a Dominican-American, and Tiffany is White American. She has long curly locks and beautiful black eyes. 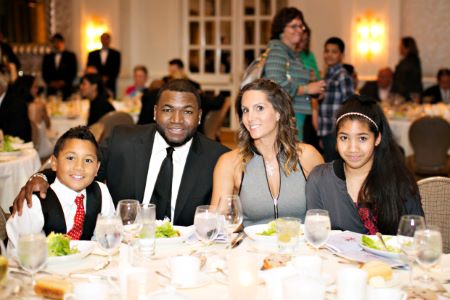 She grew up in Massachusetts with her brother D'Angelo Ortiz. She has also another sibling a sister Jessica Ortiz from her father previous relationship.