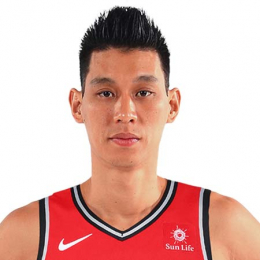 American Basketball player, Jeremy Lin is a professional basketball player who played for many famous NBA teams like the Toronto Raptors, Golden State Warriors, Los Angeles Lakers, and New York Knicks. He is also a player who represented the Chinese Taipei national team for the 2011 FIBA Asia Championship. Jeremy won the ABA Club Championship MVP in 2011.

Jeremy Lin's Personal Life; Is he Dating someone?

Jeremy Lin is possibly single as of now. The famous basketball player is waiting for the love of his life believing God will provide him his soul mate. Yes, you heard it right Lin is a strong evangelical Christian who dedicates his career and life to God. 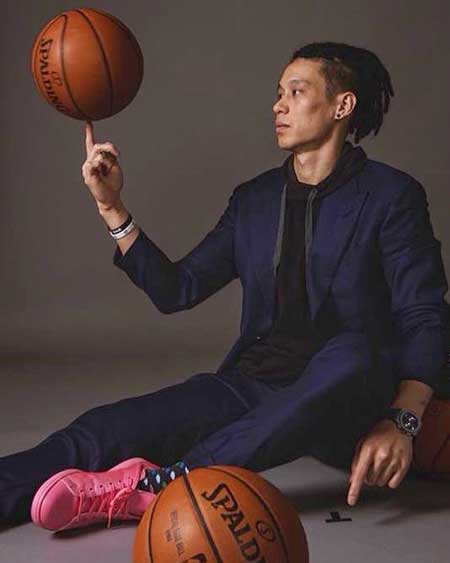 Jeremy, 30, is an extremely private guy and never shares much about his romantic life. Besides, he was rumored for dating several girls throughout his career.

Firstly, he was rumored for dating a girl named Eunice on the internet, however, the rumor ended soon. Afterward, in 2012 he got a chance to date Kim Kardashian and guess what it was Kim who was interested in Jeremy at first. Later in an interview with ESPN, the basketball star explained that he is not the type of guy to date Kardashian.

One of Jeremy's college friend Alex Blankenau once shared that, Lin used to had a girlfriend in his college days. Alex said that Jeremy forgets to make a reservation for Valentine's Day so he cooked chicken parm to please his girlfriend.

In 2012, in an interview, Jeremy explained what her soulmate should be like. He said,

"First, she would really love God and be a faithful Christian, an then after that, I think, a desire to serve other people, to help with the underprivileged, do a lot of social work... great personality and easy to be around. Someone that's definitely chill, low key, low maintenance."

Apart from his romantic life, the only woman who is constantly involved in his life is his mother. Lin shares a lot of post with his mother and explains that his mother is everything to him. Here is the post-Lin shared on the 'Mother's Day' of 2019,

In the post above, we can see the bond between the mother and son pair.

During Lin's career in the NBA, he was criticized many times for his appearance and ethnicity, being a Taiwanese immigrant. He is the first American of Taiwanese or Chinese descent playing in the NBA.

In fact, while playing for the Harvard team, he was frequently called with many uncomfortable bigoted jeers like Wonton soup, Sweet and sour pork, Open your eyes!, Go back to China, and many more. Despite all these comments, he focuses on his career and said,

While there are many who criticize Lin, there are also many NBA personalities who praise Lin for his skills. Among them, one is Derek Fisher who praised Lin by saying, "Lin is carrying the hopes of an entire continent. I only had to carry the hopes of Little Rock, Arkansas. He's accomplished a lot more than I have already."

What is the Net Worth of Jeremy Lin? Know about his Earnings, Salary, Career

Jeremy Lin holds a net worth of $170 million, all thanks to his career as a professional NBA player and national team basketball player. In addition, while playing for Golden States Warriors in 2010 he signed a contract with a first-year salary of $500,000. Following that, he used to have a salary of $11.48 million in 2016.

Lin played with many teams in a short period of time. In the 2010 NBA draft, Lin wasn't picked by any teams of NBA but without losing hope, he played five summer league games for the Dallas Mavericks team. After that, the doors of the opportunities opened for him as he joined the Golden States Warriors for a two-year deal on July 21 of 2010. What's more, he played for two seasons 2010 and 2011 in the team.

Apart from Lin's NBA career, he also played for the National team of Taiwan. In June 2011, he was included in the Chinese Taipei(Taiwan) national team for the 2011 FIBA Asia Championship.

In October 2016, Lin donated $1 million to Harvard University to support undergraduate financial aid and renovations to Lavietes Pavilion. Besides, he also endorsed in many popular brands like Volvo, Nike(2010-2014), Steiner Sports, and Adidas(2014-present). 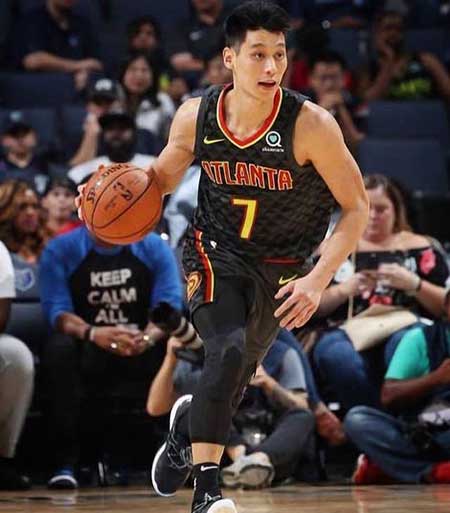 Take a look at the post-game interview of Jeremy after the game of Wizards vs Raptors:

Wanna know what's going on in the lives of your favorite celebrity, visit marriedwiki.com/wiki for the latest updates and celebrity biographies!!!