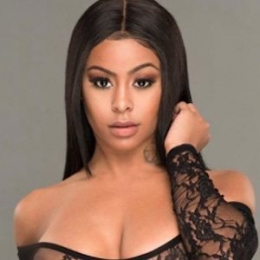 Alexis Skyy makes a career in the glamorous industry, modeling for some famous brands. She found the fashion line titled, Curves by Skyy. Also, she was a part of Love & Hip Hop: Hollywood in 2017. Besides, her Instagram followers count is just over 3 million.

Alexis Skyy Personal Life; Is She Dating Or Single?

Alexis Skyy is currently dating her boyfriend, Rob Kardashian. The couple is enjoying their relationship as they are more often spotted together. 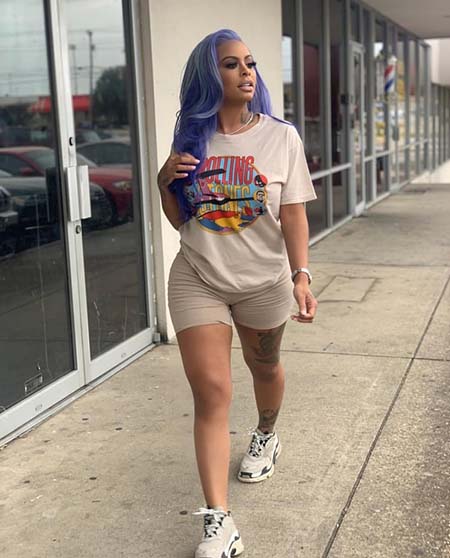 The American model, Alexis Skyy.
SOURCE: We Heart It

Alexis opened up about her love towards Rob through social media while replying to his ex-girlfriend, Blac Chyna's post. Check out the picture! 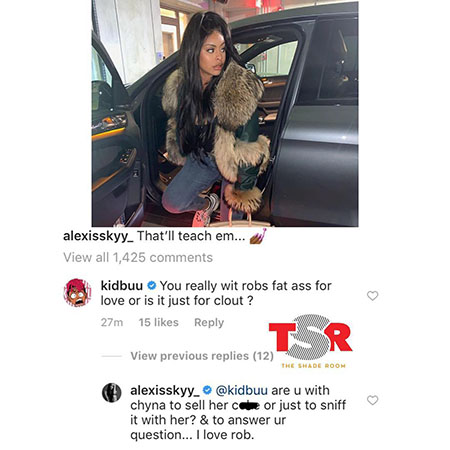 Alexis Skyy and Blac Chyna had a little beef in the comment section.

The Instagram stay, Skyy clearly showed her love towards Rob, but his ex-girlfriend and his sister, Kim Kardashian, feel that Alexis will use him. Nevertheless, the couple relationship looks to be accurate as they were spotted together on several occasions.

Besides her current love life, Alexis was previously in a relationship with American rapper, Fetty Wap. Furthermore, the couple shares a daughter, Alaiya born on January 2018.

The relationship with Fetty ended after she learned that he cheated on her with Masika Kalysha. Skyy and Kalysha often mentioned they don't like one another company.

Check out the video to find out about their feud!

Alexis currently keeps herself quite away from the media limelight. It seems like she's now concerned about her professional life and more often keeps her controversial personal life aside.

Alexis Skyy Career And Net Worth

Alexis Skyy holds a net worth of around $500,000 to $1 million. Her career as a model and an appearance on VH1's Love & Hip Hop: Hollywood assists her to grab decent earnings.

You May Like: Wes Ramsey Wiki, Personal Life, Dating, Girlfriend, Salary, Net Worth

The models in the United States make an average salary of about $66,000. However, it depends on the working experience, and the popularity of a model as a top model could make up to $137,000 every year. Moreover, Alexis is quite a famous personality who is also a founder of the fashion line, Curves by Skyy. Besides, her Instagram alone lands the earning of around $6,200 to $10,300 per post.

Born on July 14, 1994, in Long Island, New York, Alexis Skyy was raised in the family of all boys. She is of Dominican and Jamaican descent. Similarly, her nationality is American, and her birth sign is Cancer. 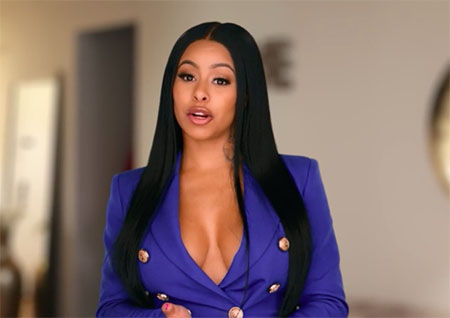 Alexis grew up with her family in Amityville, New York. She was raised in the absence of her biological father and only came to know him when she turned 18. Furthermore, in 2017, she appeared in the show, Love & Hip Hop: Hollywood. Also, she does modeling and is a brand ambassador for the fashion line, Curves by Skyy.

Alexis Skyy gave birth to a daughter, Alaiya in January 2018, with Fetty Wap. She doesn't like bringing her daughter out in the media focus.