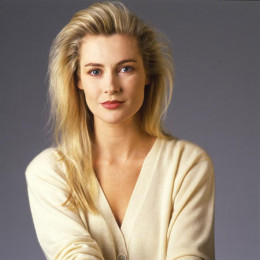 She is an Irish actress and model, noted for portraying as Elsa Schneider, in Indiana Jones and the Last Crusade and as Jenny Flex in 1985 Bond film A View to a Kill. Her several other film credit includes Taffin, A Prayer for the Dying and Major League II. For her generosity and support towards needy children, she was honored with the Prince's Trust Award for Charity. She is the daughter of Joan, a beauty therapist and Patrick, who had his own small business.

Her personal life is full of ups and downs. Till now she has been married once, but the marital relationship with her husband didn't work so well so they decided to end up their 12 years of marriage. She has raised two adorable daughters from her first marriage. After her divorce, she was in a serious relationship with a man with whom she was spotted quite often but unfortunately he died of heart attack.

Alison Doody was born on 11 November 1966 in Dublin, Ireland to Patrick Doody and Joan Doody. Her father worked in the property business and farming while her mother was a beauty therapist.

Doody started her career as a model. She made her feature film debut playing a small role in the movie A View to a Kill in 1985.

In 1988, she performed opposite Pierce Brosnan in the movie Taffin.

She was awarded bt the "Almeria, tierra de cine" on 21 November 2018. Also, she received a star in Almeria Walk of Fame.

Doody has an estimated net worth of about $4 million at present.

Doody tied the knot to Gavin O'Reilly on 25 June 1994. He is the CEO of the Independent News & Media. The couple married at the O'Reilly family residence Castlemartin.

They made their home at Bartra House. At that time, it was the most expensive house in Ireland.

Previously, she revealed that she was so depressed at the time when she quit Hollywood and returned to Ireland to become a mother. Further, the Dublin beauty admitted that she never regret stepping out of the limelight in order to raise the family.

After divorcing, she met Douglas De Jager, a packaging tycoon from Cape Town while filming comedy-drama Deaver Falls in 2011.

The couple maintained their relationship low profiled until De Jager died of a heart attack in July 2012.

He is the first husband of Doody, who by profession is a CEO of the Independent News & Media.

She is the eldest daughter of Doody, who was born in 1996. She is now grown up and in her late teens.

She is the youngest member in the house, whose images can be viewed on the internet easily.