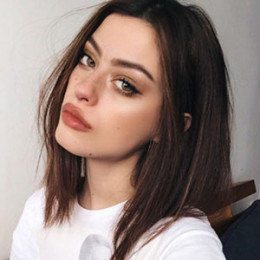 Alissa Salls is a Brazilian model who made her name in the fashion world by showing her illustrious beauty and talents. Stepping in the modeling industry at the tender age of 17, she's breaking the barriers and gaining all the success from the industry.

Coming from the small town in Sao Paulo named Sapucai, she's made her name in the modeling business mostly in Ford Models Brazil.

How is Alissa Salls' Personal Life Going On? Is She Married or Single?

Many may find it hard to believe but the beautiful Alissa Salls is already taken. In spite of her young age, she is already married and is in a marital relationship with American metal singer Oliver Sykes. 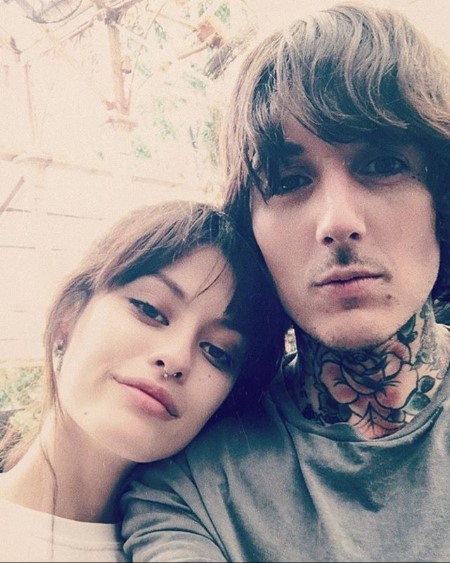 The two began dating in 2016 and subsequently, after a year, they walked down the aisle on July 22, 2017. Ever since the pair tied the knot, they are together living a blissful nuptial life.

Alissa as well as her spouse, Oliver Skyes never involved in extramarital affairs or divorce rumors. In addition, they are yet to have children. Some sources even claim claim, Salls and Skyes are parents to daughter Caitlyn.

Alissa Sals, the 22-year-old social media phenomenon is never seen or romantically linked to any men since she's in a committed relationship to Oliver Skyes. The Instagram star and her English musician husband are united as life partners for two years and nine months. The duo most recently celebrated their second wedding anniversary on July 22, 2019.

It is surprising that Alissa Salls is not much active on any social media these days. Though she has Facebook and Instagram accounts, there is not much updates on it. Meanwhile, it seems that the star deleted all her Instagram posts except only a single image left on her page.

Not only Salls but her husband also doesn't share a single picture of the duo on social media. Boasting 296,000 followers on Instagram, the model had many pictures and videos on it but apparently, she deleted all. Whatever it is, Let's hope nothing serious is happening between the two.

I’m burning inside out, literally

Previously, her husband Oliver Sykes was married to someone else. Oliver exchanged vows with model and tattoo artist Hannah Pixie Snowdon. They wedded in Tuscany, Italy on  July 12, 2015, however, it did not last long and consequently, they separated just after a year in 2016.

How Much Is Alissa Salls' Net Worth?

Her spouse, Oliver Sykes, however, is a well-known musician and entrepreneur in the UK who worth $2 million, as of 2019. Moreover, he owns a beautiful house with a swimming pool in England.

Check out the video of Oliver Sykes in the video below!

The Bring Me The Horizon singer even holds a luxurious Audi A6 car which costs around $55,000 in the market. With their abundant wealth, the husband-wife pair surely lives a comfortable life.

Alissa Salls is in a marital relationship with American metal singer Oliver Sykes. The duo walked down the aisle on July 22, 2017.