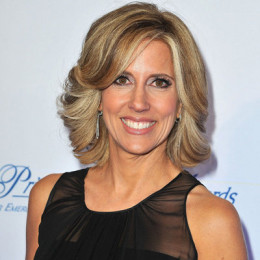 Alisyn Lane Camerota is an American news journalist known for her work on Fox and Friends, America Live and New Day. She graduated from American University holding a degree in Broadcast Journalism along with a minor in criminal justice. Her first job was a waitress at Friendly’s Ice Cream. She has interviewed many renowned personalities like Terrell Owens, Jon Bo Jovi and George H.W. Bush.

The popular CNN reporter Alisyn Camerota was born on June 21, 1966, in Shrewsbury, New Jersey who holds the American nationality and belongs to the white ethnicity.

Camerota has attended the School of Communication of the American University in Washington, D.C, where she completed her graduation in broadcast journalism.

Alisyn is popularly known for her work in Fox News and CNN but prior to work there, Camerota worked at a number of stations, including WHDH, WTTG and  America's Most Wanted.

In 2007, Camerota started her own blog on the Fox & Friends page on Fox News Channel's 'In The Greenroom'. She served in Fox News channel for 16 years and in 2014, she bid the farewell to the channel.

On April 23, 2017, she disclosed the reason why she left the channel as she revealed, she was sexually harassed and bullied by Roger Aile.

Later, on July 14, 2014, she joined the CNN and after her appearance on TV, viewership has increased by 9%.

Alisyn Camerota is very open up about his personal life. Unlike, other celebrity reporters she never hides information about her marriage and children.

In 2001, she exchanged a vow with Tim Lewis at a private ceremony. The couple shared three children including fraternal twin daughters and a son. 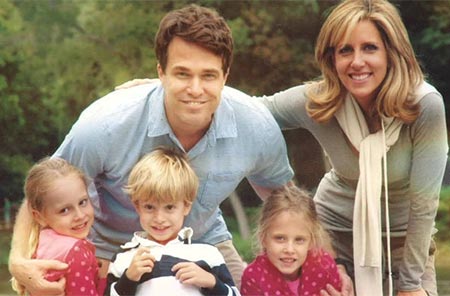 Alisyn Camerota along with her husband Tim Lewis and three children

The duo was blessed with daughters in 2005, Alessandra Lewis, Francesca Lewis, and son in 2007, Nathaniel Lewis and they are a complete family of five.

However, life wasn't easy for Alisyn and her husband as they went through 3 years of struggle for kids after their marriage because Camerota had infertility issues.

In 2010 Camerota appeared on The Today Show and discuss her infertility issues and served as host of the National Infertility Associations "Night of Hope Celebration."

The couple is living a happy life with their three kids without any rumors of divorce and extra-marital affairs.

The TV personality, Alisyn earns a good sum of the amount during her career period. As of 2017, her net worth has been estimated at $2.5 million.

Details about him and his background has not been disclosed yet, but he is lucky to have such a beautiful wife.

She is as beautiful as her mom. Details about her has not been disclosed yet.

She was born healthy along with her twin sister. Her name has not been mentioned to the source yet.

He is a sensible boy who is often spotted with his beloved family.