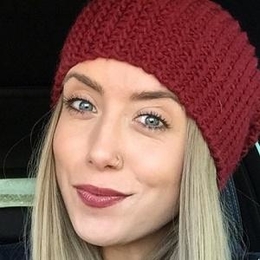 Looking back, Allie Marie Wesenberg went through some dark circumstances with a past relationship. But, looking at her today, Allie is all happily married to the love of her life with a child. Life just couldn't be better for her.

To even begin with, Allie Marie Wesenberg rose to quick fame after her link to the renowned YouTuber, Charles Trippy in May 2014. At the time, Allie's husband had just undergone a divorce procedure with his former wife. So, whilst some expressed negative feelings towards Trippy for moving on quick, some was happy that he found the one. 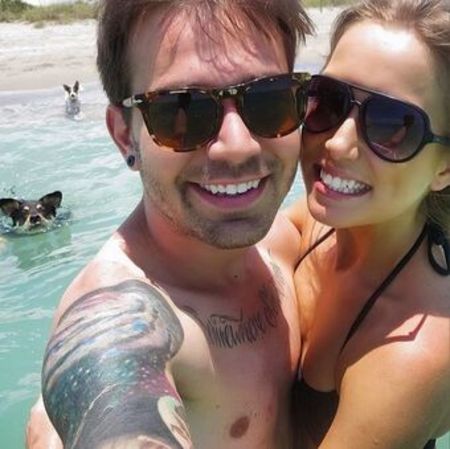 Basically, Charles shared a picture alongside Allie whose identity wasn't revealed to the fans at the time. And, fans could see the then-mysterious Allie wrapping her hand around the YouTuber. And, a couple of weeks after the picture was published, Allie was finally introduced as Charles' new girlfriend.

Clearly, Allie became the life support and happiness of Charles and vice versa. Slowly, Allie also started appearing alongside her boyfriend's videos on YouTube. And, through one of the videos, we learned that Allie and Charles met through mutual friends and became closer after the vlogger's split with his first wife of six years, Allison Rose Speed.

Things fell into paces so quickly between Allie and Charles that they moved in together to their new home with the help of Marlene Trippy. Marlene is Charles mother, now, Allie's mother in law. Then, only two years later, Charles asked for Allie's hands in marriage when they were celebrating a vacation in Australia. Allie happily said yes. 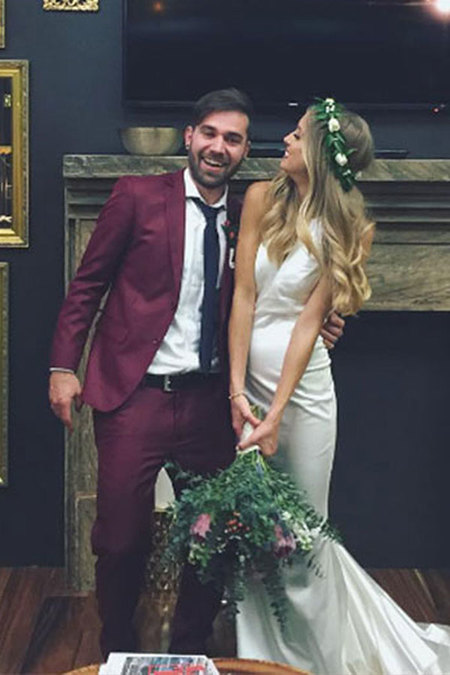 And, exactly a year later on 11th March 2017, Allie turned her fiance into her husband. Allie stunned as a bride in a sleeveless gown with a flower crown whilst her groom looked dashing in dark maroon suits and pants. All the special moments from their big day were well documented and shared online.

Things couldn't go well for the Trippys when the couple announced in January 2019 that they were expecting their first child whom they welcomed in July. Allie and her husband named their child beautifully, Remi Sol Trippy.

The family of three resides in Florida with their dogs and cats. Allie and he partner still document their life, especially as parents and share it online.

Since Allie Wesenberg Trippy has been appearing alongside her husband for his videos, she has been also outspoken about sharing her life now and then. And, in one of the videos, Allie mentioned about her arrest for DUI and the reason behind it. 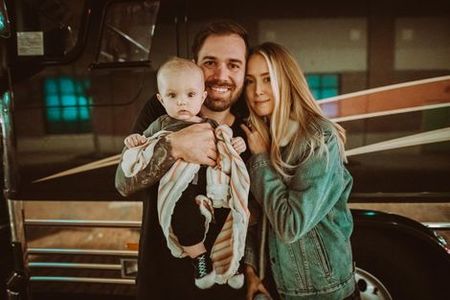 According to Wesenberg who was arrested on 26th August 2013 for drinking and driving was charged a legal file in September. And, at the time she had recently broken up from her then-boyfriend. Allie further claimed her ex-boyfriend treated her so poorly that she couldn't think properly with a broken heart and hazy heart.

The next thing she knows, she arrives at her friends' house to party and later drove the car whilst she was still drunk as heck. Wesenberg, however, learned her lesson and says the incident changed her life forever.

Career & Earning; What Does Wesenberg Do?

Like we already mentioned, Allie Wesenberg is mostly notable for her appearance on YouTube alongside her husband on their channel, CTFxC which is a part of the web series called Internet Killed Television.

Aside from being featured on Trippy's videos, Allie is also involved in other work which is kept as a secret from the fans. Whatsoever, there's no denying over the high earnings from the YouTube accounts she makes with her husband.

The couple's account on YouTube which goes by the name, Charles and Allie, has more than 1.4 million subscribers and most of their videos also are always often watched by thousands. The Trippys altogether can hold a net worth of $100,000.

Meanwhile, some of the richest and wealthy YouTubers are considered Fine Brothers, Jeffree Star, Dude Perfect, Logan Paul, and PewDiePie whose net worth are count in millions.

Remi Sol Trippy is the first child and daughter of YouTuber Charles Trippy and his wife, Allie Marie Wesenberg .