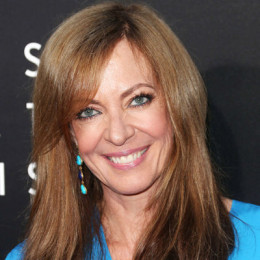 Allison Janney is an American theater actress as well as a television actress. She has been able to bag Prime time Emmy Awards for the six times in her career. She has also received the Drama Desk Award and two times Tony Awards in various categories. She has established her name in the theater drama, TV series as well in movies. She has devoted her entire career in the field of acting and never stepped back when asked to perform new ideas and philosophy. She is the only daughter in her family. She has two brothers. Her father Ervis Spencer Janney, Jr was the real state developer and her mother Macy Brooks was an actress and a home maker.

She has not been married yet and currently, she in not in the relationship with any one. In the past, she used to live with her boyfriend sharing the same apartment and apparently she was also engaged with one of her lovers but the relationship didn't work well.

About last night. Another amazingly fun night! Congrats and much respect goes to everyone that makes it all happen. #oscars

Currently, she does not have anyone to share her feeling and desire. This beautiful actress wants to be player according to her current interview and wants to enjoy her single life and remain as much beautiful as she can.

She dedicated her Academy Award win to her brother Hal who fought addiction and committed suicide during her acceptance speech on 4 March 2018.

Allison Brooks Janney was born on 19 November 1959 in Boston, Massachusetts and raised in Ohio.

She received many accolades including an Academy Award, seven Primetime Emmy, a BAFTA Award, and seven Screen Actors Guild Awards.