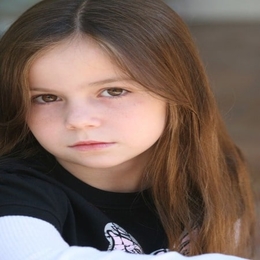 Alyssa Shafer is an American TV celebrity best known for her performance in  Daddy Day Care(2003), Just Like Heaven (2005), Fat Albert, and Finding Judas. Shafer started her career as a child artist, who was very admired by the audience whenever she appeared on the small screen. The actress has worked as a voice artist, conveying the voice of Baby Gloria in the 2006 animated film Happy Feet and she recently appeared in the 2013 film Scared of the Dark.

Who is Alyssa Shafer?

Alyssa Jordan Shafer, known as Alyssa  Shafer, was born on 10 July 1998in Los Angeles, California, USA; she is known as a celebrity who started her career at a very young age when she was just five years old. Alyssa achieved achievements and success at the immature phase of her life.

The former child artist started to get recognization for starring in The Unit as Serena Brown,  Aussie & Ted's Great Adventure, and in episode 3 of   Finding Judes as Alice Hartman, portraying the character of a young patient. Shafer has been featured as a guest in House MD and numerous American TV series. From childhood till now, the TV star has been dedicated and determined in her work and profession.

Is Shafer Alive or Death?

It's undeniable for a child artist to lose the fame they used to gain in childhood; the same incident happened to Shafer when the media house started to give less attention and curiosity to her life compared to when she was a child actress. People in the audience begin to unrecognize the same child actors when they are grown up, and their popularity also declines with time. In the same way, Alyssa disappeared from the Tv world, and after 2013, there was no movie or shows where she emerged; consequently, rumors started about her death in the media. 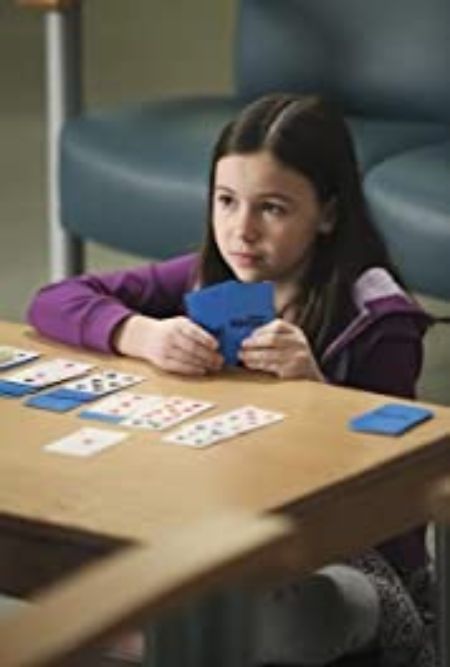 Alyssa Shafer in one of her scenes.

However, the rumor seems false as the talented lady is healthy and fit in her personal life with her family and loved ones. She is more focused on her personal growth, and her fans are expecting her comeback on the screen.

Regarding her family background, Shafer belongs to a California-based American family; however, her ethnicity is not officially confirmed. Her parents embraced her to start her career as an entertainment in the TV world.

Alyssa is the only sister of her two brothers, Nick Shafer and Carter Shafer. Nick Shafer is also a Tv child actor known for his roles in Sons & Daughters and Love Hurts.

While surfing Alyssa's social media, surprisingly, we got to know that the enchanting lady is in a relationship, but her boyfriend's name is not specified. Officially, Alyssa posted her engagement pictures with her allegedly long-term boyfriend showing her beautiful ring gifted by her fiance. 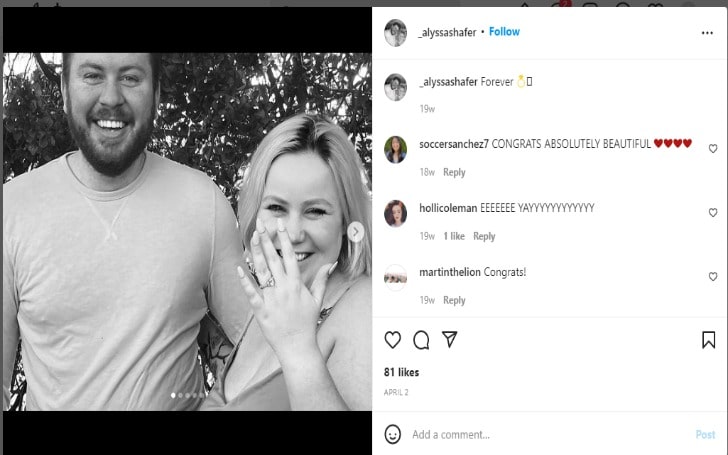 Alyssa Shafer with her fiance (name unknown) SOURCE: Instagram @alyssashafer
Now the actress is no longer dating because she has officially engaged with her loved and handsome partner with whom she dreamed of spending loving moments of her life. The couple is gorgeous and adorable and seems to provide good company to each other. There is no doubt that they are the best companion, looking at their chemistry and pure love since dating. The loving duo may are planning to turn their engagement into marriage soon.

What is Shafer's Net worth?

Alyssa Shafer has worked in various TV series, appeared in famous shows, and worked as a voice-over artist. Shafer is admired by many of her audience, glancing at her acting talent and drama. The actress charges high payment for her roles in the series, which is her primary source of earnings.

According to media online, her estimated net worth is $500,000, with a well-established career and achievement at a young age. Her The Unit co-star, Michael Irby has a net worth of $2 million. The lady has been well settled and prosperous with a significant achievements heading for more success and better opportunities in the future.

Alyssa Shafer is a leading name in Hollywood Tv dramas with stunning looks and extraordinary talent. Everyone is fond of her sweet gesture and beautiful appearance, especially since she is adored for her cute looks in her childhood. She is constantly captured by the public, so she needs to look more confident and glamorous than she is. 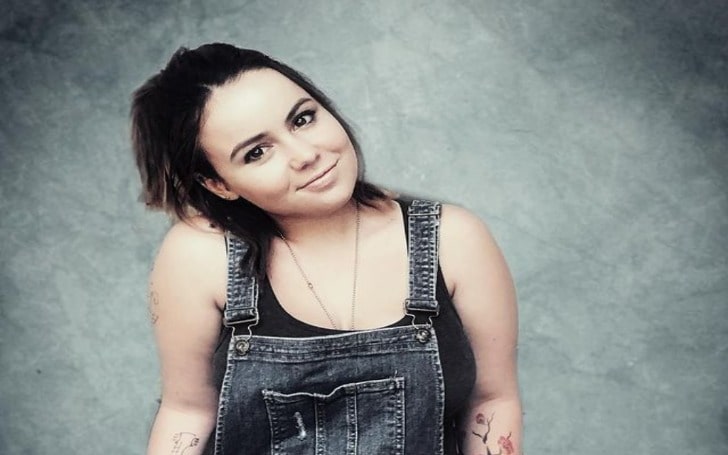 Alyssa has inherited beautiful, alluring hazel eyes from her parents and smooth brown hair. She is probably 5 feet 3 inches (cm), and her weight is not confirmed, but she is a media sensation praising people for living their moments with complete joy and happiness. The TV actress's mindfulness and clean heart have enhanced her beauty even more.

Alyssa is active on Instagram, where she posts about her daily lifestyle and personal moments through her posts to her audience. The celeb shares her beautiful pictures on the posts where she gets many cheerful and loving comments from her fans. The official Instagram site of  Alyssa is found with the name @alyssashafer

Check out the videos of Alyssa Shafer as a child artist to know more about her!

Shafer is delightful and cheerful, ready to serve her audience and entertain them with her powerful and impressive appearance on the small screen. While the star has taken some break in her career, emphasizing her personal life, we expect her to come back in the TV series and drama soon.