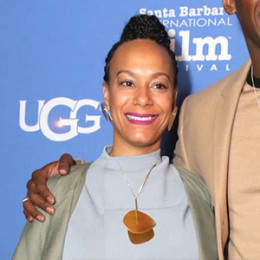 Amatus Sami-Karim is the wife of a celebrated American actor Mahershala Ali. The pair have been together for two decades but only married a couple of years ago. Furthermore, Amatus is also an actress, musician, and composer herself.

Amatus Sami-Karim is the wife of a celebrated American actor Mahershala Ali. The pair have been together for two decades but only married a couple of years ago. Furthermore, Amatus is also an actress, musician, and composer herself.

Amatus Sami-Karim is a married woman and is in a marital relation with Mahershala Ali. Her husband is an American actor who plays in both small and big screen.

The couple first met while studying at the Tish School of Arts in New York City. But only got to know each other through a mutual friend Aliya Latif.

After that, they became friends and soon started dating. After engaging in a relationship for a long time and eventually walked down the aisle in 2013. 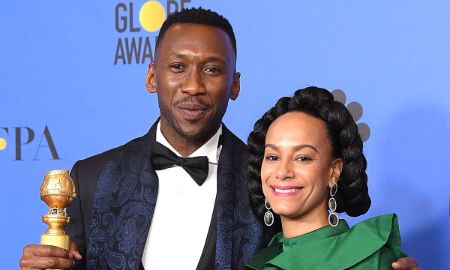 The lovely pair welcomed their first child, a daughter, Bari Najma Ali on February 24, 2017. The joyful occasion could not have come at a more excellent timing as the baby was born just a few days before her husband's first Oscar win.

After winning the highly acclaimed award, the actor expressed his feelings.

"And Lastly, I want to thank my wife, who was in her third trimester during the awards season. We just had our daughter four days ago and I just want to thank her for carrying me through and all. Thank You "

Well, that statement just shows how much her partner adores and respects her. And needless to say that they are extremely happy and living a peaceful life with their kid.

Recently, the pair attended the Oscars awards together. Her husband once again won for the best-supporting award for the movie Green Book.

The actress is active on social media platforms. She uses Instagram and Twitter where she possesses a few thousand followers. Likewise, she posts pictures and videos of herself with her spouse, baby and also her works.

How Much is Amatus Sami-Karim's Net Worth?

Amatus Sami-Karim holds an estimated net worth of around $500 K. She made her wealth from her acting and music career.

According to PayScale, the average earning of the actress/actor in the United States is $50,249. On top of that, her husband Mahershala Ali is an established actor in the Industry. As of 2019, he is worth $8 million.

Mahershala Ali Hits the Oscars with Wife Amatus Sami-Karim, check out the video!

The couple even owns a three-story contemporary home in Mt. Washington neighborhood, Los Angeles. The Oscar-winning actor Ali bought the 2,400 square foot house with a master suite with three bedrooms for $2.05 million in 2018.

With her acclaimed husband and adorable child, the family of three lives a lavish and luxurious lifestyle.

For being a renowned actor, Mahershala Ali is quite famous on social networking site, Instagram. The Hayward California native doesn't just add huge fortune to his wealth from movies but also receives some amount through ads and endorsements as well.

Mahershala earns $2,235 - $3,725 per ads post for having 749, 161 followers on Instagram. The House of Cards' actor is fond of old classic cars like Buick LaCrosse and Mercedez Benz.

She was born into a Muslim family. Her father was a jazz musician and also an Imam. 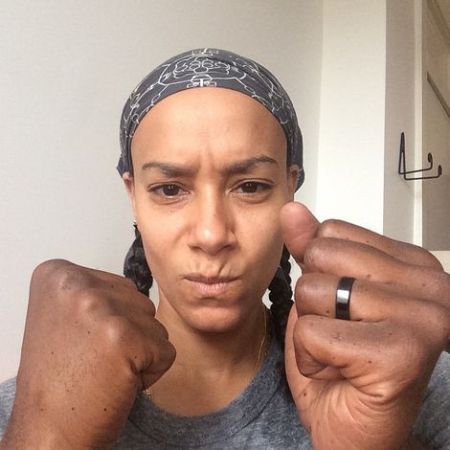 Amatus Sami-Karim posing for a snap-shot

As for her academic, she went to Tish School of Arts in New York. Following her graduation, she enrolled at the Royal Academy of Dramatic Arts in London, England. She stayed in London for a year where she studied acting.

The musician stands 5 feet 6 inches tall. Both her eyes and hair are black in color.

Amatus Sami-Karim is a married woman and is in a marital relation with Mahershala Ali. They walked down the aisle in 2013.

Bari Najma Ali is the daughter of Amatus Sami-Karim and Mahershala Ali. She was born on February 24, 2017.