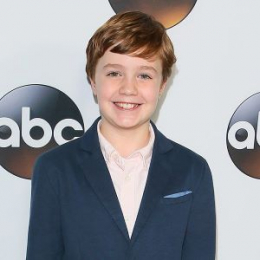 Ames McNamara is a young rising actor who is famous for playing the role of Mark Connor Healy in the shows Roseanne and The Conners. The actor just started his professional career but has already played the groundbreaking role of a gender-fluid character.

Who is Ames McNamara? Know more about his Personal Life, Career, and Hobbies

Ames McNamara who won the hearts of the public with his gender non-conforming character Mark Connor-Healy in shows Roseanne and The Conners started his professional acting career just a couple of years back in 2017. However, he is acting from early life and participated in local musical theatre since age five.

McNamara who is playing a groundbreaking character of Gender fluid person so early in his career stated following about his character Mark:

"Mark's just a normal kid. He likes to do art, he likes playing basketball and wearing girls' clothes is just a small part of Mark."

Furthermore, when asked about whether he understand about gender identity he answered,

"I was aware that certain people liked to wear clothes from the opposite gender, I knew a kid who was like that in a play that I did, but I wasn't aware of the term''

Mc Namara is a celebrity in the public's eye but in reality, he is just a teenager who loves to read, play tennis and soccer. Also, at present his ultimate dream is not to be a most celebrated actor but to be the President of the United States or the next Elon Musk or both.

What is Ames McNamara Net-worth? Know more about his Earnings and Salary

Ames McNamara who is just 11 years old has garnered a significant net-worth of 500k- 600k. He earned this wealth through appearing in successful shows such as Roseanne and The Conners.

The average salary of a TV actor is $700- $1,500 per episode in the USA depending on the experience and production house. McNamara’s show The Connors and Roseanne were ABC’s show and thus actors were paid handsomely. The main actors of the show The Connors which include actors such as John Goodman,  Sara Gilbert, and Laurie Metcalf are paid $375,000 per episode and earned $4.125 million from 11 episode season.

Ames McNamara was born on September 28, 2007, in Hoboken, New Jersey. He grew up in New Jersey with his younger sister. 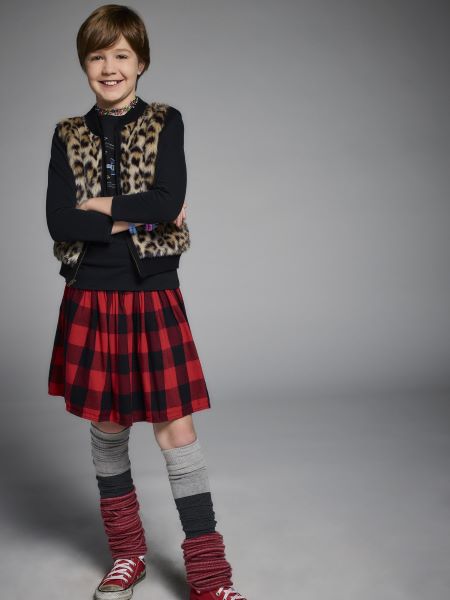 Ames McNamara in the role of Mark Connor-Healy.
SOURCE: Fanpop

McNamara stands at a height of 5 feet 2 inch and will grow more in coming years as he is only a teenager at present. His hair color is brown and eyes are light blue in color.