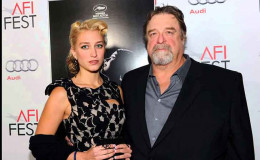 John Goodman is most known for his on-screen romance with actress Roseanne Barr; the most loving and caring husband Dan Conner on Roseanne. His life behind the camera is going smoothly as well with the wife of three decades Anna Beth Goodman.

It was all because of his wife, Goodman is sober now. He was fed up with his alcoholism but his caring wife helped him get out of the addiction.

Are John Goodman and Anna Beth Goodman still together?

The 188m tall Hollywood actor and his wife are in a romantic relationship for over three decades now. They turned a relationship to holy matrimony after dating for two years. John and Anna haven't parted ways till date in fact their relationship is growing stronger than before.

Goodman gave his heart to Anna Beth after encountering her at a Halloween party at Tipitina while he was filming Everybody's All-American in New Orleans. The cupid currently resides in the Garden District of New Orleans with daughter Molly Evangeline.

The duo is even blessed with an adorable daughter Molly Evangeline Goodman, who serves as a production assistant in the showbiz industry.

Anna changed her last name from Hartzog to Goodman after being hitched to her celebrity husband. She wasn't that famous prior to the couple's marriage.

As of late 2019, John Goodman is busy with his upcoming films like Captive State, Spring Break '83, and The Righteous Gemstones. While his wife is involving in her business kinds of stuff.

The then football player John Goodman met his future wife Anna Elizabeth Hartzog for the first time in New Orleans in 1987 while filming Everybody's All-American. She was a student of fine arts at the University of New Orleans.

Something between the two definitely started between the two during the first encounter. After a year of dating, the couple got engaged on the Mississippi River in spring 1989 and married in the month of November the same year in New Orleans. 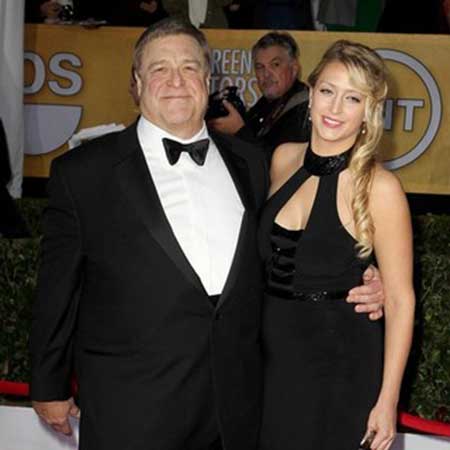 Roseanne Barr, her then-fiance Tom Arnold, Bruce Willis, and Demi Moore were some of the special guests attending the wonderful event.

After a year of living a wonderful family life, they welcomed their first and the only daughter Molly Evangeline Goodman in August 1990. She's currently working as a production assistant in the film industry.

You May Like: Actress Laurie Metcalf Has Four Children, Married Twice and Is Yet Single

Goodman and his lovely wife Anna have been together for more than three decades supporting each others' highs and lows in a better way. We wish to see them together until the end.

Goodman first opened up about his alcohol addiction during a 2009 interview.

"I don't know how much the old Jackie Daniel's franchise ruined my memory, which is going anyway, because of my advancing decrepitude. I had a 30-year run, and at the end I didn't care about anything. I was just fed up with myself. I didn't even want to be an actor anymore."

"I'd have the shakes so bad I'd have to have a drink to get through the show. I'm lucky I never got fired."

In 2018, he opened up that it is his wife helped him a lot to beat his alcoholism. He disclosed that he almost reached a breaking point when he missed a rehearsal for the 2007 Emmys before accepting the prestigious honor.

Here's John Goodman talking about his addiction. Have a look:

"[Annabeth] made some phone calls," he shared. "She got me into a treatment center, and I detoxed there and decided I liked the feeling."

He's been sober for 10 years now and it's all because of love and support of his beloved wife. Now, he attends the Alcoholics Anonymous meeting every morning. 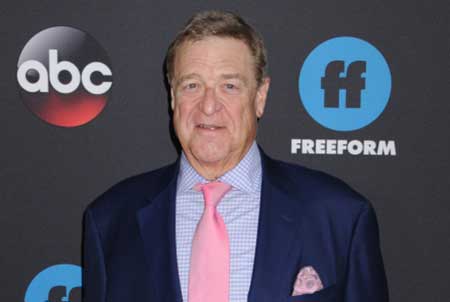