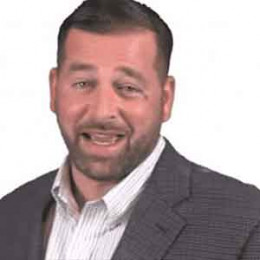 The American YouTuber Amiri King is a social media personality who has managed to make a successful career on social media. He has around 301k subscribers on his channel where he posts rants, parodies, skits. King loves to make new content so he conducts the "My Vlog is Better than Yours" series which is pretty popular among his subscribers. His videos "Chevy Silverado Parody 2" and "Chevy Colorado Parody" which he posted in 2014 have managed to grab more than 5 million views.

Amiri King was born Tony Donovan Schork on July 10, 1979, under the birth sign of Cancer in Louisville Kentucky, United States. He had some mental problem going on since he was a child and at the age of 8 was admitted to a mental institution.

Later when he turned 11 he ran away from the mental institute and started living in the streets and sometimes in the boy's homes. 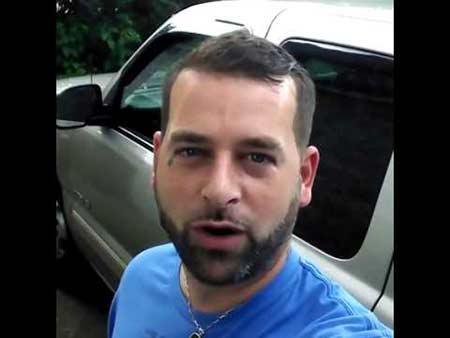 Amiri King in a shot.

As he lived in the streets, he developed a habit of stealing and at the age of 16 was arrested for 1st first degree armed robbery. He got out of prison after two years but was imprisoned again for three years straight.

After completing his time at the prison he came out as a changed individual and decided to focus on being a better man. So, he started speaking at-risk youth at high school and Alateen meetings.

Amiri is professionally a YouTube comedian and writer who has a pretty amazing fan following on his social sites. He first started his YouTube channel in 2006 but couldn't manage it well and ended up adding two channels on his list. King is using his third channel which has the title of his stage name "Amiri King" to post videos.

He had given him that name because of his admiration for poets Countee Cullen and Amiri Baraka. King has around 302k subscribers on his channel and usually posts rants, parodies, and skits.

Besides he conducts My Vlog is Better than Yours series which is pretty popular and he also does commercial parodies.

Some of his videos like Chevy Silverado Parody 2 and Chevy Colorado Parody which he posted in 2014 have managed to grab more than 5 million views.

Amiri King is a successful YouTuber but his net worth is not estimated as of yet and is still under review. But some online sources claim that his net worth is $150k. His major source of income is from his career as a YouTuber. 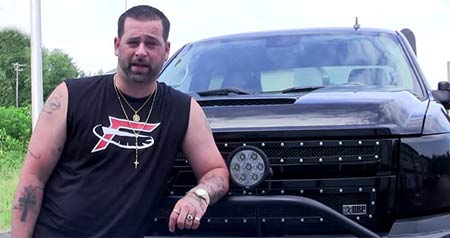 King's videos on YouTube receives a lot of videos.

The American YouTuber Amiri King is married to Irish descent Sara Ruminski. He had formerly been married and has three daughters Tilly, Kennedy, and Marcy.

However, his first wife has not been mentioned anywhere in the media. Besides Sara Ruminski, he isn't rumored to have dated anyone. He is residing in Nicholasville, Kentucky with his three beautiful daughters. 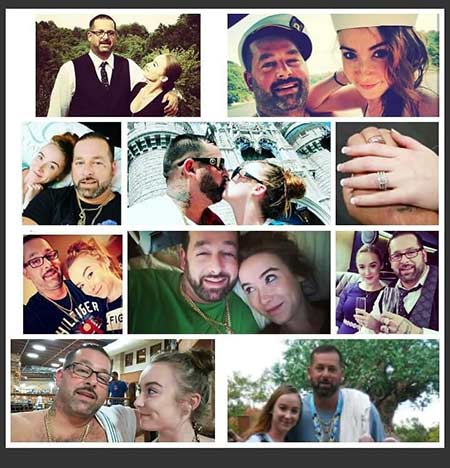 King has been successful in making a great YouTube career for himself and has been honored with various titles. After reaching 100k subscribers on his channel he got a YouTube Silver Play Button.

He was titled LEO Best Comedian in both 2014 and 2015. He is against a lot of anti-police movement and raises his voice for the things that don't serve justice. 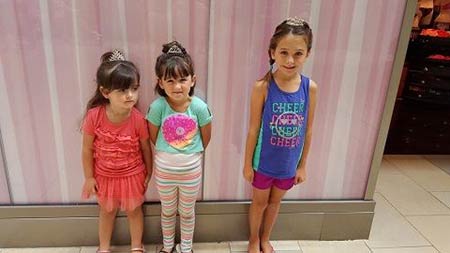 Out to eat with my daughters at a Hibachi Grill.

My 6 year old, Marcy, just announced to the entire restaurant that 'Japanese and Chinese people are the same people.'

Thanks for that tidbit of information.

You racist piece of shit.

He is pretty active on social media and has around 103k followers on Instagram and 80.9k on Twitter.

Here is a video of Amiri King on his channel.

Most importantly, he mentioned himself as 'SINGLE' on his Instagram profile. He removed all the images with Sara Ruminski on Instagram which show that the couple secretly separated.

It's still a mystery whether the couple is just living a separate life or they already divorced.

Well, his separation with his wife or some other thing associated with his profession might be the reason why he seemed so depressed these days.

I need help to end myself.

He posted an Instagram video in March 2019 crying and screaming bitterly and speaking 'I need help to end myself'.

"I'm hell with my life. I want to kill myself."

Is he still suffering in his life? Days after the above post, he posted several videos where he seemed to be perfectly alright.

The couple is happily married to each other. However the details about their married life is not mentioned.

Amiri King has a daughter named Tilly from his first marriage with an unknown woman.

Amiri King has a daughter named Kennedy from his first marriage with an unknown woman.

Amiri King has a daughter named Marcy from his first marriage with an unknown woman.