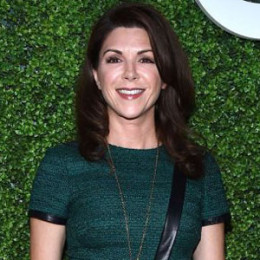 American actress, Amy Pietz is the adopted daughter of Nancy, a nurse, and Arnold Pietz, a truck driver. She graduated from The Theatre School at DePaul University. In 2016, she was cast as lead character's boss in The CW comedy-drama series 'No Tomorrow.' Pietz began her career playing small roles on television series named 'Star Trek: The Next Generation'.

Amy Pietz was born on March 6, 1969, in Milwaukee, Wisconsin, U.S. She is the adopted daughter of Nancy, a nurse, and Arnold Pietz, a truck driver. She has a keen interest in ballet and trained throughout her childhood to go professional. But she later dropped the idea because of low pay.

Pietz graduated from The Milwaukee High School of the Arts and The Theatre School at DePaul University.

Amy Pietz started her acting career in TV with minor roles. She appeared in TV series such as  Star Trek: The Next Generation, and well as films Rudy (1993) and Jingle All the Way (1996). She starred as a regular cast member on the short-lived The WB sitcom, Muscle.

In 1995, she got her major breakthrough in the NBC sitcom Caroline in the City as Annie Spadaro. The series aired its final episode on April 26, 1999. She earned Screen Actors Guild Award nomination for her role in the series. The following year, she cast on the NBC sitcom Cursed alongside Steven Weber. 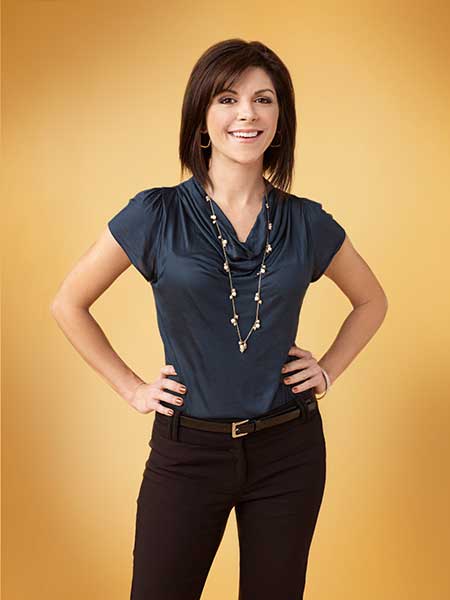 In 2011, Pietz played 'Meredith King', the mother of Chloe King, in the short-lived ABC Family drama series 'The Nine Lives of Chloe King'. She was last seen in the 4th season of "Marc Maron"'s IFC series "Maron" as Natalie, a fellow rehab patient in 2016.

Amy Pietz's is active in the film industry since 1992 and appeared in numerous TV series and films. She earned $100k per episode from her appearances in series. Some of her box office movies are,

Amy Pietz married her longtime boyfriend, Frank Stier on January 17, 2010. The duo exchanged a vow at an intimate ceremony in the presence of their closed ones and family members. The duo is proud parents of two children.

Previously, she was in a marital relationship with actor/producer, Kenneth Alan Williams. The duo married on May 25, 1997, but their relationship couldn't last long and they divorced in 2006. She gave birth to a son, Benjamin at the age of 23 and subsequently gave up for adoption.

Below we present the video of Amy Pietz,

Amy Pietz was previously married to Alan Williams, an actor, and producer on 25th May 1997 and divorced in 2006. She gave birth to a son, Benjamin, whom she gave up for adoption.

On 17 January 2010, Amy Pietz married her longtime boyfriend, Frank Stier. The couple has been blessed with two children.