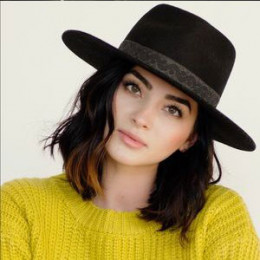 Social media personality, Andreea Bolbea rose to prominence as an Instagram model. As of 2018, she garnered more than 1.1 million+ followers on her Andreea Cristina Instagram profile where she shares photos documenting her daily life. She also runs a personal blog named Simply Andreea.

Andreea Bolbea was born on June 7, 1987, in Las Vegas, Nevada. Her birth sign is Gemini. She graduated from the University of Nevada-Las Vegas with a bachelor's degree in finance.

After completing her graduation, Bolbea started working in private banks and finance. She also took up cooking and joined a culinary school. In 2008, she joined Wynn Resorts where she assisted the VIP customers but left the job in 2011. 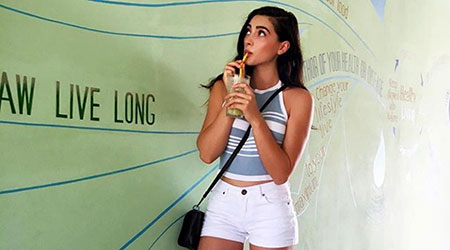 Since 2011, Bolbea is working at Credit Suisse as Resident Assistant of the bank. She came into the limelight after she started her personal blog, Simply Andrea, which offers lifestyle and beauty tips for a millennial audience.

In addition, Bolbea also started her self-titled YouTube channel, Andreea Cristina where she has 15k+ subscribers along with over 945k views.

Andreea Bolbea married to a footballer, Bryan Gaul. The duo first met on twitter and after few messages and video chatting, the couple finally met in Europe at the Frankfurt airport. Then, they went to Paris for their first date.

Soon, the pair introduced one another to their family. Bryan proposed Andreea during their vacation at Venice with a beautiful diamond ring. The duo exchanged vows on Bolbea's 30th birthday on June 7, 2018, at Vegas in an intimate ceremony.

Then in December 2018, the couple celebrated their wedding once again in Cancun because at their first wedding they were unable to call many of their closed ones.

Off to Mexico to get married to my best friend @bgaul7 can’t wait to share the details with you guys! #gettingmarried #thebigday

Previously, Andreea dated Armenian-American Internet personality, Dan Bilzerian. The duo was together for a year before their official split in 2014. However, they didn't disclose the reason behind their separation.

Check out the video of Andreea Bolbea where she explains how to date long distance;

Andreea Bolbea has been a subject of stalking and harassment multiple times since she became a public figure. Once she encountered a stalker who found her every single email addresses and used to threaten her.

He even flew to the place she lived and started dropping packages and letters. Later, she hired a private investigator to serve him with a restraining order, but couldn’t find him. She also received several hate messages like “You’re the worst human,” “I hope you die.”

In an interview, Bolbea said, hate comments make her feel terrible but she got the guts to face these kinds of comments.

Bryan Gaul is a football player from Chicago who plays for Germany. He married Andreea Bolbea in 2018.