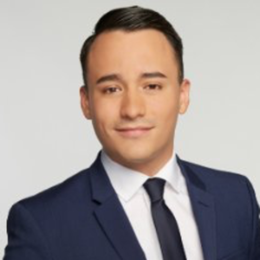 Andres Del Aguila is an American journalist who is currently best known for his affiliation with Fox News. His role is to handle customers, conduct story research, and provide general customer service. Previously, he worked for Talk News Media and The Daily Lobo.

Andres Del Aguila is a famous and hardworking news reporter with vast experience in many news companies. But, is the news anchor also lucky with his love life? Well, the handsome journalist is reportedly single and doesn't have a girlfriend, as of now. 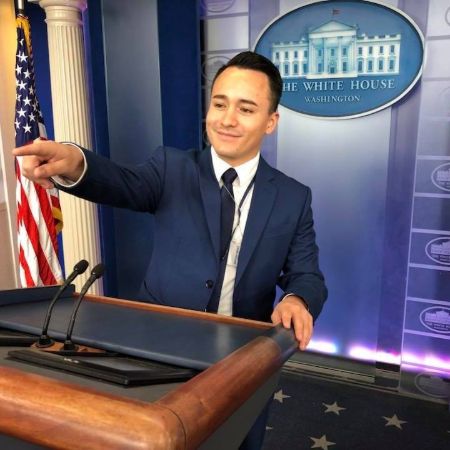 In addition, it seems like the news worker is busy with his career growth rather than wanting to fall in love with somebody. Andres also likes to shares pictures of him working on news sets and live reporting on his Twitter handle and Facebook account.

Net Worth of Andres Del Aguila

Andres Del Aguila is a household name for media outlet viewers. Andres began his journey with the U.S House of Representatives by working as a Legislative intern in August 2016.

There, he supervised research, processed news and reports mainly for the weekly radio show of Rep. Steve Pearce for five months. Andres worked as a freelance reporter for the show Daily Lobo from January 2017 for six months before joining Capital Research Center in May 2017. 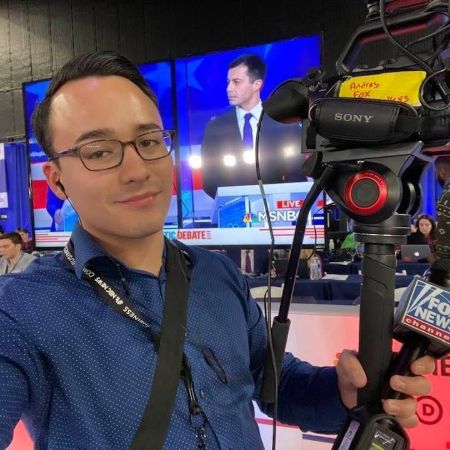 Furthermore, while working as Media Assistant for Capital Research Center, Andres attended documentary film festivals, wrote blogs, and uploaded posts about them on their media platforms. In Sep 2017, Andres was associated with Talk Media News, where he covered various rallies, protests, and political hearings.

Soon, he appeared as an intern in production for ABC News, covering stories for the digital audiences and aiding in producing This Week with George Stephanopoulos in January 2018.

Currently, Andres serves as an Assignment Desk Assistant for Fox News based in Washington DC where he has been involved since August 2018. The reporter bags around $75,000 from his job. Talking about his overall net worth, Andres has already accumulated around $150,000. Currently, Andres resides in a beautiful house in Washinton, DC, close to his workplace.