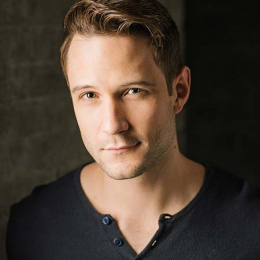 Canadian actor, Andrew Jenkins is an award-winning actor best-known for working in the television series like Saving "Grace" and "Stormworld". He is also popular for his work in the films like "Locked in a Garage Band" and "Lost Scale". He won the Young Artist Awards and the nomination for the Leo Awards Canada.

Andrew Jenkins is possibly single as of 2019. The actor is focused on his career and is believed to be out of any dating relationships. Moreover, he is never spotted with any girls in any events and venues, outside of the reel life. 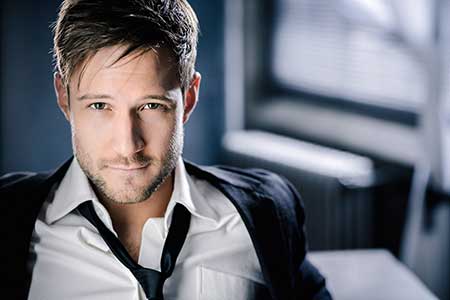 Jenkins is out of dating rumors regarding his early life and is also never a part of media controversies.

It seems he is still waiting for a perfect partner as there is no sign of him being linked with any girlfriend. Additionally, he is an active person on social media and often shares posts regarding his daily life and professional life.

How much is the Net Worth of Andrew Jenkins? Know about his Salary, Earnings, Cars, Career

Mile 22: catchier than “Kilometre 35” for sure. #mile22movie #premiere

Apart from his career in the television industry, he debuted in the film industry by working in the 2012 indie film named Locked in a Garage Band. The film was made under the budget of $371,192 (CAD $500,000) with stars like Brittney Wilson, Alex Diakun and Scott Lyster.

Besides, he also wrote, produced and acted in the psychological thriller film named Lost Scale by teaming up with the award-winning director Chris Scheuerman. The movie included actors like Melissa Roxburgh, Jed Rees, and Krista Magnusson.

The Saving Grace actor is a car lover and owns many luxurious cars including the 2020 BMW 230i Convertible car. It is a four sitter car of white color of market price $35,000.

Andrew Jenkins was born on 28 December 1988 in Medicine Hat, Alberta, Canada under the Capricorn star sign. He holds Canadian nationality. Furthermore, he is private about his family and early life and prefers to keep information within himself.

The 30-years-old actor graduated from the University of British Columbia. Later, he trained at the Esper Studio in New York City.

Considering his work, he was nominated in many awards including LEO Awards Canada. Besides, he won the Young Artist Awards for his recurring guest spot on Tower Prep. Moreover, he stands at a decent height with a pair of brown eyes and dark brown hair.