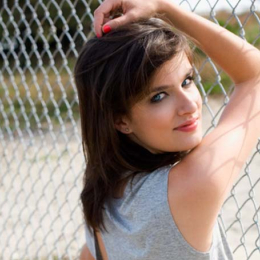 American Actress, Anna Wood is a famous actress in Hollywood better known for her work in the NBC's television series The Code. She is also popular for her acting skills in movies like Chronicle and Negative Space. The 33-year-old actress is also recognized as the wife of Hollywood actor Dane DeHaan.

Personal Life of Anna Wood: Is she Married?

Anna Wood is happily married to her long term boyfriend turned husband Dane DeHaan. Dane is an American actor known for his work in 'The Amazing Spiderman-2'. Moreover, the duo is a happy couple and are about to celebrate their one-decade wedding anniversary.

The couple first met in North Carolina during their high school in 2006. After that, the pair started dating for three years and finally decided to share the wedding vows on June 30, 2012, in the Ridge Mountains in Virginia.

Anna and her spouses are the proud parents of their only child, a daughter Bowie Rose Dehaan. The actress first announced about her pregnancy on November 28, 2016, and finally shared the good news of her newborn baby on April 2, 2017.

Me and my besties on a boat

Wood is presently out of any dating and affair rumors as of now. She seems happy with her husband as there is no sign of divorce between them. Further, she is an active person on social media and loves to share pictures regarding her personal life and professional life.

What is the Net Worth of Anna Wood?

Wood recently completed her work as a television actress in the American drama series named The Code in 2019. Besides, she made her acting debut in 2009 by starring in the television series named Cold Case with the role of Kristi Duren. Since then she appeared in over fourteen television drama series.

The 33-year-old actress also tried her luck in the film industry by appearing in a low budget romantic comedy film named Nice Guy Johnny. Furthermore, she also starred in movies like The Layla Project, Negative Space, Chronicle. Among them, the Chronicle was a successful film which garnered over $126.6 million on the box office against the budget of $12 million.

Anna's wife Dane is also a well-known actor and holds an estimated net worth of $700,000. The couple lives in their mansion in Williamsburg, Brooklyn and uses some luxurious cars together while traveling.

Take a quick look at the Anna Wood talking about her dreams and the experiences she had in an interview:

Anna Wood is currently married to her long term boyfriend turned husband Dane DeHaan. Moreover, the duo is a happy couple and are about to celebrate their one-decade wedding anniversary.

Anna and Dan are the proud parents of their only child and daughter Bowie Rose Dehaan. She shared the news of her newborn baby who was born on April 2, 2017.