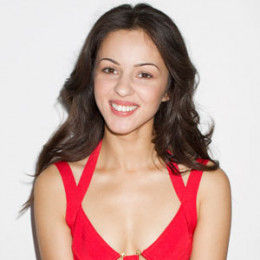 Annet Mahendru is an Indian- American actress well known for her role, Nina Sergeevna Krilova on the FX drama series “The Americans”. She debuted in the entertainment industry in 2006 in a movie named "The Art of Love" and a TV series, "Love Monkey". Mahendru also voiced the character named Eva in the animated movie "Penguins of Madagascar". She was a part of some popular series like "Entourage", "Two Broke Girls", "Mike & Molly", "Grey's Anatomy", "The X-Files" and many more.

Annet Mahendru was born Anita Devi Mahendru to parents Olga Mahendru and Ghanshan Mahendru on August 21, 1989, in Kabul, Afghanistan. Her father is a Hindu Indian educator and journalist and her mother is a Russian businesswoman and artist.

She grew up in different countries like Russia, Europe, and Afghanistan and learned several languages including Russian, French, Hindi, German and Persian.

When she just 11 years of age she choreographed a performance which led her to be cast on German TV where she portrayed the role of a Russian snow maiden who turned into an Indian dancer.

For schooling, she attended East Meadow High School from where she graduated in 2004. As a young child, she was involved in many activities like competing in chess and earned a brown belt in karate. 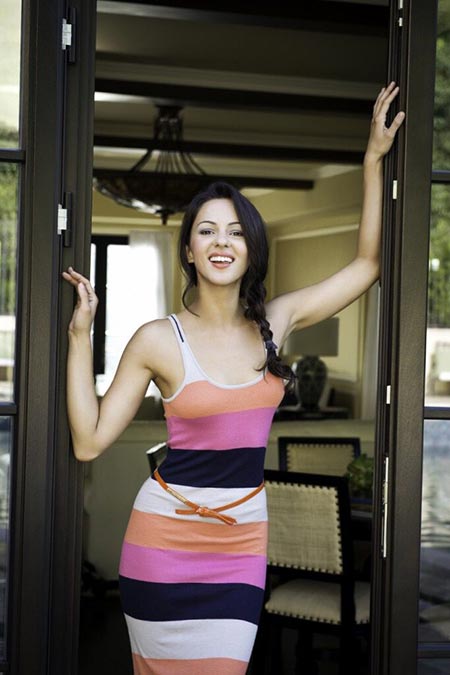 During her school days, she used to take part in cheerleading and kick line. Later on, she enrolled at St. John's University to gain a Master’s degree in English in New York City. Mahendru joined the New York University to get a Master's degree in Global Affairs but to pursue acting further on she dropped out of the university.

Annet Mahendru debuted in the entertainment industry in 2006 in a movie named The Art of Love and a TV series, Love Monkey. In her career, she has been cast in many short films like Ungu, Almaz, Captain Planet 4, Smokey Eyes, Missed Call and so on. She appeared in an episode of Entourage, 2 Broke Girls, Mike Molly, Grey's Anatomy, The X-Files, and others.

In the FX drama series The Americans, she portrayed the role of Nina Sergeevna Krilova for 35 episodes. For her role in the series, she earned a nomination for a Critics Choice Television Award for the Best Supporting Actress in a Drama Series category.

In the crime series The Blacklist, she played the character of Agent Rosen for two episodes. She went ahead to play Nafisa Al-Qadi on the FX arrangement Tyrant. Her 2017 series Neo Yokio is an American-Japanese animated series where she appeared in the role of Mila Malevich.

Mahendru also featured in the horror movie Escape from Tomorrow which drew controversy because most of it was filmed in the area at both Disneyland and Walt Disney World without authorization from The Walt Disney Company, proprietor, and administrator of both parks. 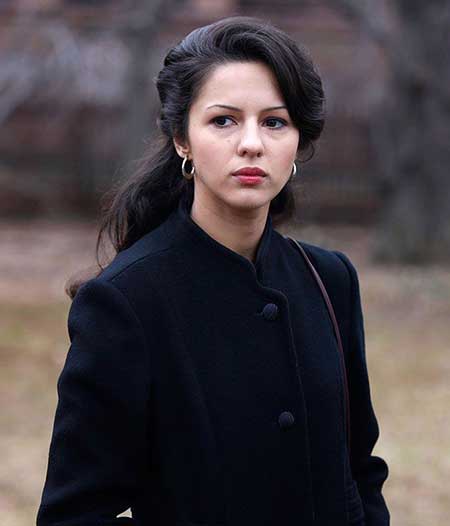 Annet Mahendru in the FX series, The Americans as Nina Sergeevna Krylova

Mahendru in the comedy-drama movie Bridge and Tunnel played the role of Kelly Jones and acted alongside Arjun Gupta, Mary Kate Wiles, and Joe Murphy. Mahendru voiced the character of Eva in the animated movie Penguins of Madagascar.

She stars in the title part of the independent feature movie Sally Pacholok in 2015, which was premiered at the DC Independent Film Festival, in Washington, D.C. The movie won Best Feature Award at the film festival.

She starred in the anthology series The Romanoffs on Amazon Video on 16 November 2018.

Mahendru has an estimated net worth of $2 million. She earned her million dollar income after appearing in many movies and TV series. Her animated movie Penguins of Madagascar collected $373 million at the box office.

Mahendru in a relationship with Louie Gibson who is a filmmaker by profession. The couple is dating for many years but the details related to their love life is not mentioned. Mahendru likes to keep her private life low key and doesn't share much in the public space.

She knows many languages like Russian, French, Hindi, German and Persian. Mahendru is pretty talented and knows dance form like Bharata Natyam. She owns a brown belt in karate.