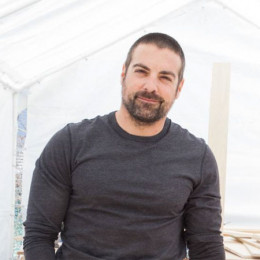 Anthony Carrino is a professional television personality. He is well-known for his role on HGTV series such as Kitchen Cousins, Cousins on Call, Cousins Undercover as well as the web series Chill and Grill on ULive.com.

Among them, he made a lot of fan from the show Kitchen Cousins. Carrino was in a blissful relationship with Jojo Rausch.

Anthony Carrino was born on October 26, 1978, in New Jersey, United State. He was the only one child of his parents and brought up with much love and care. His father Alfonso Carrino was an architect and mother Francine Carrino was a homemaker.

He attended Don Bosco Preparatory High School from where he took home science as his subject. He earned a bachelor degree in Science from Babson College.

During his time in the university, he developed an interest towards photography and interior design. Also, he began his personal business website which gained huge popularity within a short period of time.

Anthony Carrino began his career after graduating from Babson College in 2001. He started the business firm Brunelleschi Construction offered by his father along with his cousin John Colaneri.

He also co-hosts the top-rated shows HGTV's, Kitchen Cousin with the inspiration of his cousin, John. Also, he perfectly manages his construction career as well as TV show career too.

He started working from his early teens. He worked at the Brunelleschi Construction which was co-founded by his father in Feb of 2004. The construction built a successful Development, General Contracting and Design firm with a focus on restoring old, architecturally significant structures within the urban core of Jersey City and Hoboken.

Anthony and his cousin John, who also worked for Brunelleschi, were discovered by HGTV. They were asked to shoot a television series for them. The show launched to great success. Then on their fourth series, Anthony & John have been the driving creative force behind Cousins On Call, Kitchen Cousins,  America's Most Desperate Kitchens, and Cousins Undercover. Their shows can be seen both on HGTV and the DIY Network.

Anthony Alfonso and John decided to close Brunelleschi to focus on other projects after the completion of their last project. With the continued success of their television series, a few new titles in the works and Anthony's passion for design, the decision was made to shift focus.

As of now Anthony is designing and consulting on projects across the country with a focus on interiors, space planning, and project management.

A professional television personality Anthony Carrino is living a luxurious life. Till the date, he has not revealed the exact net worth, but we can claim that his net worth might be in million. 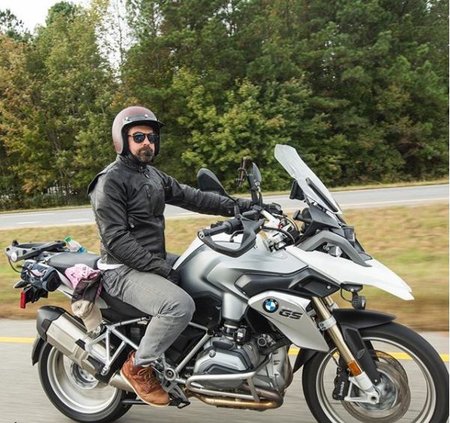 Carrino and his bike BMW GS

Carrino exact earning is not revealed but according to the sources the average salary of HGTV's producer is $9K- $10K. So we can estimate his earning is around $10K per episodes.

He owns several bikes including BMW GS which current price in the market is around $30K. He has his own Jeep Wrangler which cost's around $90K.

Carrino was in a blissful relationship with model Jojo Rausch. The duo was dating each other for more than 5 years and used to post many pictures on his Instagram account. 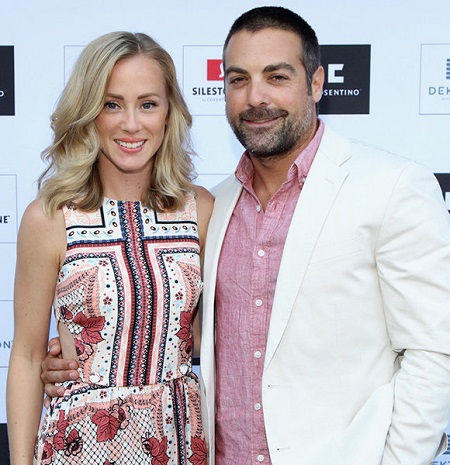 Anthony Carrino with his girlfriend

Carrino has deleted all the pictures with his girlfriend from his Instagram account so we are not sure that the duo is still dating or not.

He loves to travel throughout the world and discover perspectives in life. Analyzing his Instagram, he seems passionate about photography.

When Anthony isn’t working he tries to spend as much time as he can traveling on his motorcycle and shooting photography.