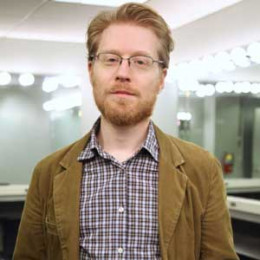 Anthony Rapp is an American actor debuted in the entertainment industry in 1981 from a Broadway production named "Evita". His movie debut happened in 1987 from the movie "Adventures in Babysitting" where he portrayed the character, Daryl Coopersmith. Later on, in 1990 he starred in a Television movie named "Sky High". Rapp was cast for the popular television series, "Star Trek: Discovery" where he portrayed the role of Lieutenant Paul Stamets which is the first ever gay character to be cast in the Star Trek history.

Anthony Rapp was born to parents Mary Lee Baird and Douglas Rapp on October 26, 1971, in Chicago, Illinois, United States. He grew up with his older siblings; a sister and a brother named Adam Rapp who is a playwright novelist.

His career started at the age of six by taking part in several theatre shows and got his first professional role at the age of nine. In his childhood, he starred in theatre play Oliver alongside Louis Edmonds. He enrolled at the New York University.

Rapp is professionally an actor who is active in the entertainment industry since 1981 and has been wowing with his presence to date. He enrolled at the Interlochen Arts Camo where he learned acting for 2 years. Rapp started his career from the theatre by starring at the Off-Broadway production called Youth is Broken and Evita of Regional Broadway. 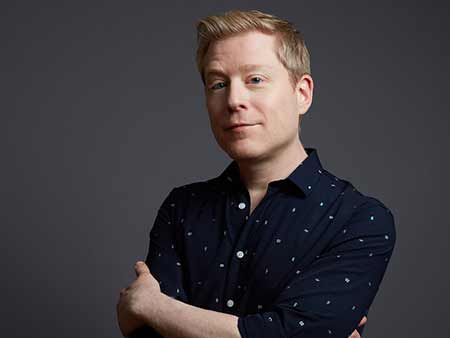 Rapp has done several theatres plays in his lifetime. He debuted in the entertainment industry in 1987 in movie Adventures in Babysitting where he portrayed the character, Daryl Coopersmith. His Television debut happened in 1990 in a television movie named Sky High. He also wrote a book named Without You which includes his life and career experience and also about losing his mother. Rapp is into singing as well.

Rapp starred in a movie called Adventures in Babysitting playing the character, Daryl Coopersmith in 1987. The following year, he was cast in movies like Grave Secrets, Six Degrees of Separation, Man of the Century, Open House, The Other Women, Road Trip and many more. He has been featured in some short movies like Cruise Control, Paradisco, Grind and Not Again. His 2005 movie Rent led him to be nominated for Broadcast Film Critics Association Award and OFTA Film Award.

Rapp first appeared in television as Wes Hansen in the television movie Sky High. Later on, he was cast in an episode of some popular Television series like The Lazarus Man, Spin City, The X-Files, Law & Order: Special Victims Unit and so on. He appeared in the famous series Star Trek: Discovery as a regular cast where he portrayed the role of Lieutenant Paul Stamets. The character is the first ever gay character to be included in Star Trek.

Rapp starting doing theatre from 1981 and was seen lastly performing in the drama titled If/Then playing the character, Lucas on Broadway in 2014. The following year he performed the same play again in his National Tour from October 13, 2015, to August 15, 2016. His others theatre plays include Rent, Without You, Six Degree of Separation, Henry V and Little Shop of Horrors. Rapp won an Obie Award for his performance in the play Rent in 1996 and for the play, If/Then he won Broadway Audience Award for the Favorite Featured Actor in a Musical category.

Anthony Rapp is estimated to have a net worth of $2 million. He earned his million dollar fortune from being cast in many movies, Television series and theatre plays.

Rapp is in a relationship with a man named Ken Ithiphol and is known as Teerakeni on Instagram. As for the reports, they are dating since 2016.

Back in the times, he was in a romantic relationship with a few girls and boys. He is a queer and is attracted to both male and female. 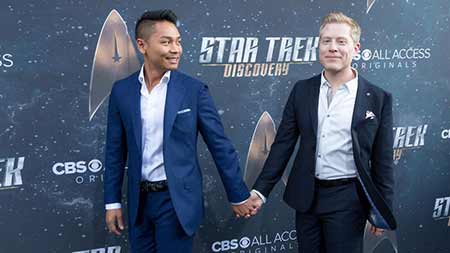 Rapp was referred to as the first openly gay man on Broadway productions. He labels himself as queer and says he is interested in both men and women.

Rapp is among the individuals to give the LGBT community some ray of home. He is part of the #MeToo movement which is a platform for people to talk about sexual abuse. He was the finalist at The Advocate People of the year 2017. While giving an interview for Buzzfeed he talked about sexual abuse and how he was seduced by Oscar-winning actor Kevin Spacey when he was just 14. It was during the time when Kevin and Rapp both were on Broadway show.

Rapp was invited to a party by Spacey and at the end of the night he picked Rapp and put him on his bed and started to abuse him. He was quiet for all this time but due to the incident of allegations against Harvey Weinstein in the same issue, he decided to tell his story. Kevin came to defend himself by denying all the accusations but he was stopped by the LGBT community and GLAAD.

Rapp's brave decision to tell his story inspired several people straight and queer to come out and add on the Kevin Spacey's sexual abuse allegations. Many came forward and told how Kevin used to sexually abuse and even rape them. Roberto Cavazos, Daniel Beal, Justin Dawes, Mark Ebenhoch, Harry Dreyfuss, Tony Montana were some of the celebrities who came forward with their stories of how Spacey sexually abused him.

The issue spread like wildfire and for his misconduct he was fired from the Netflix's show House of Cards and the movie, All the Money in the World. Rapp's story made a huge impact and his bravery is appreciable since Kevin is a huge name and anyone would think twice before going after him.