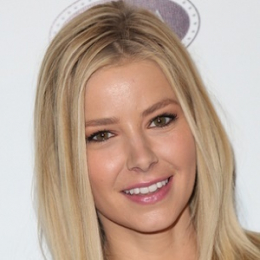 American actress and producer, Ariana Madix is a famous reality star who is known for her gorgeous looks and acting skills. She is best known for her work in the television series like 'Vanderpump Rules', 'Anger Management' and 'Waking Up with Strangers'. She is also popular as an award-winning Equestrian rider, also a national champion in cheerleading and pom-jazz dance.

Ariana Madix's Personal Life; Is she Dating a Boyfriend?

Ariana Madix is presently in a relationship with her Vanderpump Rules reality series co-star Tom Sandoval. The duo shares a good bond is together for several years. What's more, they are open about their relationships and do not hesitate to share pictures together in their respective social media account. 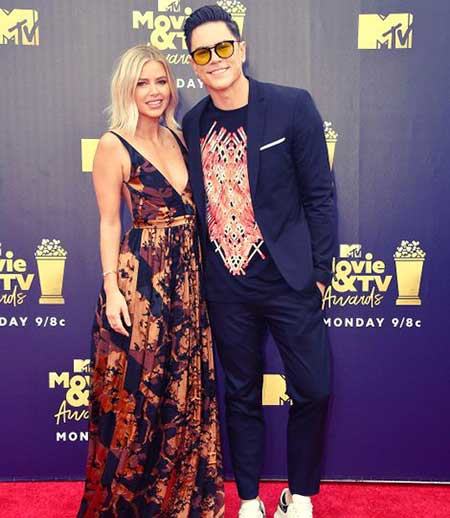 All things for the duo started when they first met up on the set of Vanderpump Rules. Eventually, after working together for several times they started dating and now here they are deeply in love. As of now, the pair is planning to buy a home together and they are saving their pennies for that. What's more, despite sharing so much love, they haven't decided to share the wedding vows as of 2019.

just me and my boyfriend pic.twitter.com/bNXQL5HukE

Although the couple shares a healthy bond, they faced a little complication recently in 2019. Things started when Tom described her partner's sexuality and hook up with Lala Kent in front of his friends at his 36th birthday. He sais,

"I don't know if I ever told you this. Ariana and Lala had been out all day drinking, and they're wasted. They're in my car, and Lala goes, 'Sorry, Sando, I'm just in love with your girl right now. Ariana, will you come in the back seat? I just want to eat your p***'."

"Ariana climbs in the back and Lala just starts going to f***ing town, dude."

Later when Lala denied about the fact and when Ariana found out the news she raged on Tom with anger and said,

"Are you f***ing kidding me? I literally just got a phone call from Lala telling me the f***ing story you told on your birthday to try to sound cool in front of a bunch of guys."

Later when Ariana got cooled they discussed the issue and solved it. And ever since then, there is no sign of fights between them.

What is the Net Worth of Ariana Madix? Know about her Earnings, Salary

Ariana Madix's net worth lies somewhere between $200,000-$800,000. She collected that wealth with her career as an actress and producer. In addition, the average salary of an actress is $17.00 per hour(for films) and $9-$100 per hour for television series. Likewise, a producer earns over $91,100 annually for film and television projects.

All aboard the Hot Mess Express! Last night was a blast at @wildfoxcouture finally got @itsmebillielee smiling on a carpet

Madix is active on social media sites including Instagram where she has gathered over 1.2 million followers as of 2019. Further, she earns over $2,414.25-$4,023.75 per post from her Instagram account where she frequently shares posts about her daily life and acting life.

I feel like this caption should be something inspirational. Or something about smells

Ariana appeared in many television series in her career, her first role was on the television series named Anger Mangement. After that, she also appeared in several TV series like Vanderpump Rules(2013) and Walking Up with Strangers. Further, she also featured in the ESPN.com's series named NFL Writer's Room. More to that, she shared the screen with many television personalities including Charlie Sheen, Selma Blair, and Noureen DeWulf.

My Walrus He’s a little crazy, but aren’t we all a little crazy sometimes? He’s so pretty, I can let it slide Ask me anything! I’ll try to answer as much as i can in the comments

Apart from Ariana's acting career, she also worked in various occupations in her career. Additionally, she is an award-winning Equestrian rider, and also is a national champion in cheerleading, pom-jazz dance, and hip hop dance. Besides, Ariana recently announced that she is about to lunch her own skincare line titled Facelixir soon. 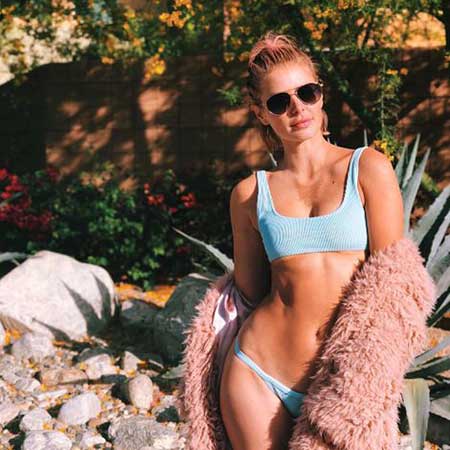 Take a look at the Interview of Ariana Madix talking her series named Vanderpump Rules and her partner;