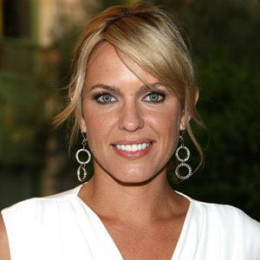 Arianne Zucker is an American actress and model, best known for her role as Nicole Walker on Days of our lives. Zucker began her modeling career at the age of 16 when she was discovered by a scout from its Models. Thanks to her profession as a model that led her travel to France, Japan, Australia, and New York.

Is Arianne Zucker Dating Someone Again?

As of now, the former 'Days of our Life's actress is dating fellow actor Shawn Patrick Christan. As per the source, the rumored couple is dating since 2014. Though there is no official confirmation the two are definitely together. Several posts on their official Instagram account says a lot about their relationship.

Arianne Zucker was engaged to Michael Dietz for one year. The starlet and her alleged fiance stayed in the relationship for a year after getting together in 1997. They shared vows in 1998 but later parted ways in 1999.

Arianne then dated her co-star Kyle Lowder for a year. These two met on the set of Days of our Lives in 1998. After seeing one another for a few months, they turned a relationship into matrimony.

They dated for a year after getting together and got married after 8 months of their engagement in 2002. Arianne and Kyle briefly separated in 2007, then reconciled in March 2008, and in 2014 they confirmed their divorce. This couple has one daughter Isabella.

How Much Is Arianne Zucker Net Worth?

Arianne Zucker has an estimated net worth of $6 million as of December 2019. She receives a salary of $1,500 to $3,000 per episode for her appearance in TV series Days of Our Lives.

Arianne Zucker starred the role of Nicole in Days of Our Lives along with Camila Banus and Hunter Tylo. She left the show after working for almost 18 years. She left the show in March 2017 and had a reprised role in October 2018.

Arianne's modeling career took off at the age of sixteen while she was discovered by a scout from It models. Beginning in LA, her career led her to travel around the world including Japan, Australia, New York, and France.

Later on, she starred in TV commercials including national spots for McDonald's and Mazda. Furthermore, she engaged herself in vivid workshops which led her to perform in Beth Henley's Crimes of the Heart and The Last of the Red Hot Lovers.

Arianne was born on June 3, 1974, in Northridge, California but spent her young days in Chatsworth. She is Jewish by religion. Her mother, Barbara was a Lab Technician and father, Barry was a Plumber. She has an elder brother, Todd.

Along with modeling, she continued her education at the Howard Fine Studio. Zucker earned her graduation from Chatsworth High School in 1992. Arianne was a cheerleader during her sophomore and junior years.

Arianne married actor Kyle Lowder who co-starred with her on Days of our Lives as Brady Black. This couple has a daughter together.

Arianne and Kyle announced that they were expecting their first baby in 2009. On December 2009,Isabella was born, the only child of this couple.