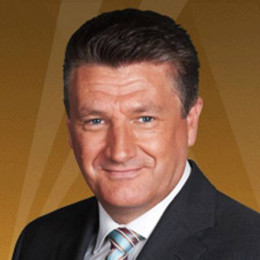 A business news journalist Ashley Webster for the Fox Business Network which he joined in in September 2007 as the Overseas Markets Editor. He has worked as the main anchor of the Emmy Award-winning nightly newscast on WZTV-TV for more than 10 years. Formerly he used to work as an anchor for two daily newscasts at WGBA-TV. For his hard work on coverage of the Gulf War, he has been honored with Associated Press Award for Best Documentary.

Talking about his personal life, he has not disclosed any information regarding his personal life. He has never been spotted with any girls in any program or public by which we can assume if he is dating or not. Is he married?

What is the name of his wife? Whom he is having affair with? Maybe he enjoys his privacy so he doesn't want to disclose any information about his personal life.

Webster definitely has a huge net worth and salary from his career as an anchor. He has an estimated net worth of about $1 million as of 2019.

Webster didn't share single information about his childhood, family life, and parents yet.

He received a bachelor's degree in broadcast journalism from California State University.

He started his journalism career in KTVH-TV in Helena, Montana. Later, he joined the Fox Business Network in September 2007.