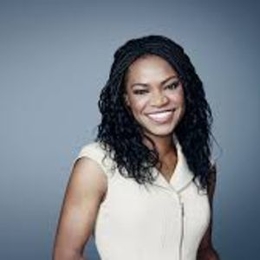 Athena Jones is an African-American news correspondent for CNN. She reports on a wide range of general news stories for shows across the network from breaking news to national stories. Athena had been a White House Producer with NBC, where she wrote packages and produced story segments for MSNBC and NBC.

What is Athena Jones' Relationship Status?

Athena Jones is single in her 40s as she's not yet introduced anyone as her husband hopeful. The Harvard University graduate is a mysterious kind of personality who prefers to keep her personal things within herself. 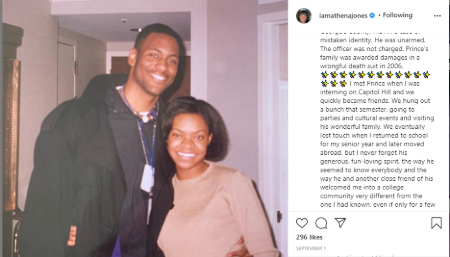 However, Jones once shared a picture of a guy named Prince who she met while interning on Capitol Hill and eventually became friends. She updated the snapshot of the two on September 1, 2020. Her partner Prince was a Howard University student and shot dead in 1996 by an undercover police officer.

Athena Jones is a breast cancer survivor. The disease was detected at an early stage of her life and still battling with it. On 23rd October 2020, Jones shares some snapshots of chemo part of her cancer journey in 2016. 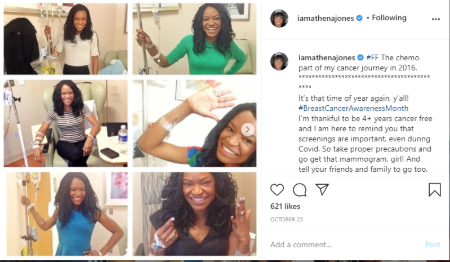 Jones said she's thankful to be 4+ years cancer-free and reminded her well-wishers that screenings are important.

How Much Is Athena Jones Net Worth?

Jones began her career with CNN as a general assignment reporter in 2011 based in CNN's Washington Bureau. She reports on a wide range of general news stories for shows across the network from breaking news to national stories.

Not only that, the curly-haired produced segments and reported on-air and for MSNBC and NBC News. She covered the presidential campaigns of the Senators.

Jones covered the presidential campaigns of Senators like Hillary Clinton and Barack Obama amidst the 2008 election for NBA and the National Journal. Before Reuters, Jones served on politics and the economy in both Chile and Argentina for Argentina Bloomberg News.

In addition, Jones who is still actively involved as a news reporter for CNN has covered other more significant events and stories including the Covid-19 pandemic and its new variant, Omicron. Jones also reported that the USA had more than 100,000 hospital beds filled with Covid-19 patients in September 2021.

Jones was also vocal about the NYC primary election results, George Floyd's murder case, attack on US Capitol, US Presidential election 2020, and Black Lives Matter movement. Athena is, in fact, active on social media where she regularly updates her followers on current world affairs.