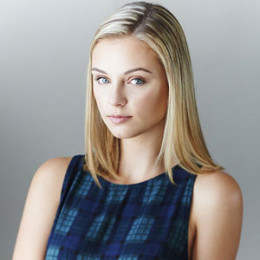 Canadian actress Aviva Mongillo is mostly known for her role as Alya Kendrick in Family Channel’s Canadian drama series, Backstage since 2016. She has also starred in Canadian comedy film, Don't Talk to Irene. Besides acting, she is also interested in singing and has been taking guitar lessons since she was 12.

Aviva Mongillo was born on 6th February 1998, in Ontario, Canada, under the Zodiac sign Aquarius. She belongs to Canadian nationality and is of White ethnicity.

Mongillo’s parents are from Naples and Italy. She has a younger brother, Nicolas Mongillo born in October 2001, and cousin of Alyssa Mongillo.

Since her early age, Mongillo was passionate about singing and acting. At the age of twelve, she began taking guitar classes. She graduated from high school along with her friend Julia Tomasone in 2016.

Mongillo began her professional acting career, playing the title role in the stage production of ‘Pippin’. She starred in Family Channel’s Canadian drama series, ‘Backstage’. She starred alongside Josh Bogert, Aviva Mongillo, Devyn Nekoda, and Julia Tomasone among others.

As a singer, Mongillo signed a recording contract with ‘Cardinal Point Music’. On 15th September 2017, Aviva Mongillo released her first debut EP, ‘Songs About Boys’, is one of the chart-toppers in Canada.

Mongillo also recorded her own music video song entitled 'Hype.' The video earned thousands of views on Youtube. She also sang some famous cover song 'When We Were Young by Adele', 'Thinking Out Loud by Ed Sheeran', 'Heart's On Fire by Passenger', and many more. 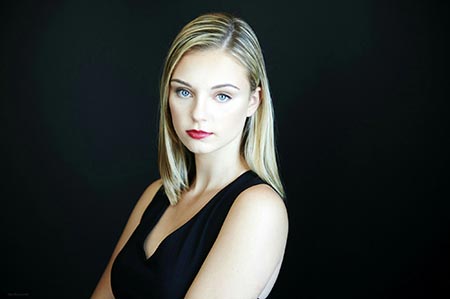 In 2017, Mongillo made her appearance in the comedy movie ‘Don't Talk to Irene’ as Sarah. The movie was premiered at the 2017 Toronto International Film Festival.

Mongillo’s upcoming American comedy film, ‘Flarsky’, which is scheduled to be released in 2019. In the movie ensemble cast includes, Andy Serkis, Charlize Theron, and Seth Rogen.

Aviva Mongillo has probably accumulated a net worth of six-figure digit from her acting career. Her series ‘Backstage,’ was ranked 7 on IMDB, whereas her another series, ‘Don't Talk to Irene’, was ranked 8.3 and we can assume that she has earned enough to live a lavish lifestyle.

Aviva Mongillo is currently single and might be busy focusing on her career. She has a huge number of followers on her social sites such as Instagram and Twitter.

Some online source claimed that Mongillo is dating her co-star Josh Bogert, but they have not confirmed officially their relationship. The two co-starred on Backstage.

In an interview with tribute.ca, they revealed that they first met at Grayson Matthews. They sang “Home” by Phillip Phillips in their first meeting.