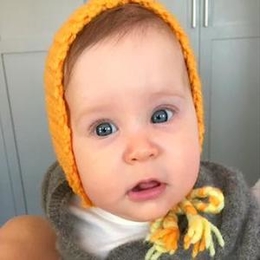 Inherited with the golden genes of her parents, Avri Roel Downey is the beloved daughter of Hollywood legend, Robert Downery Jr., and film producer, Susan Downey.

It became a party of four for actor Robert Downey Jr. and his wife, Susan (Levin) Downey, a film producer when they welcomed their second bundle of happiness and bliss, aka their second child, a daughter who they named Avri Roel Downey, in November 2014. 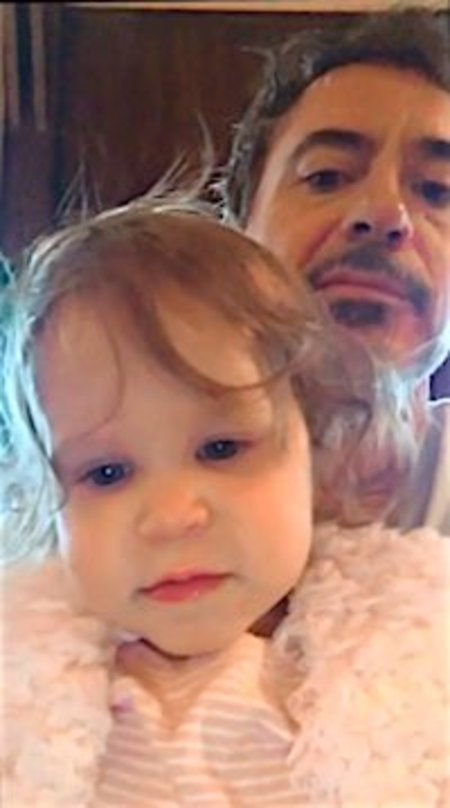 Avri's father made the announcement in July 2014 on Twitter when he wrote, "Yo. Susan. Me. Baby. Girl. November. Scorpio?" Also, not to let it go, Robert made another special announcement on Facebook with a female empowerment message writing, "Um. I don't know if it's a "man's world", but I'm certain women run it. Susan and I are therefore delighted to announce we are expecting a baby. Girl. November. rdj"

And, as her parents are strongly against the media invading their children's privacy and space, Avri whose current age is five is rarely seen over her father's social media activity. One of the few times, Avri was seen alongside her parents was when Robert joined Jimmy Fallon Live through a virtual interview chat with his daughter.

During Downey Jr.'s guest appearance on Jimmy Kimmel Live, host Kimmel also showcased an adorable and never-before-seen picture of Avri wearing Thanos's The Infinity Gauntlet. The image was displayed on the big screen.

Besides, Avri also once rose to limelight for Downey his onscreen daughter, Morgan on Avengers: Endgame where he dies at the end. In the movie before his character, Tony Star dies, Morgan replies to him saying, "I love you 3000" after he said I loved her.

And according to Anthony Russo, Robert's children including Avri and her brother actually say the line in real life to the actor. And, that was what inspired the Russo brothers to include the line in the scripts.

Avri Roel Downey's Siblings; Has A Half Brother

As Avri Roel Downey is the second child of Robert Downey Jr. and Susan Downey, she has siblings, including an elder brother named Exton Elias Downey who is two years older than her. Avri's brother was born in February 2012. However, Exton isn't the only brother Avri has.

Speaking of which, Avri has a half-brother named Indio Falconer Downey from her father's previous marriage to Deborah Falconer. Avri's father and Deborah were married for nine years before they split in 2001. As for her mother's relationship with her father, Robert and Susan met in 2003 prior to heir wedding in 2005.

Avri Roel Downey is still young, but there could be greater chances of her following into the footsteps of her parents. But, of course, her parents who own a combined net worth of more than $320 million would never force her into a career she isn't interested in. 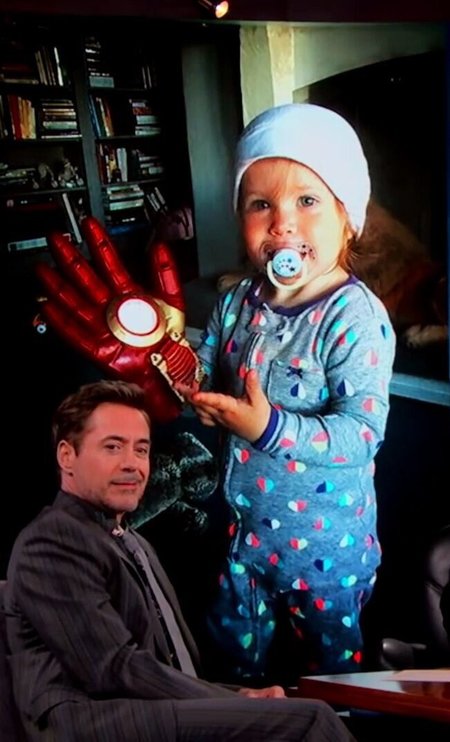 Whilst Avri's father's net worth is counted at $300 million which he generated from his acting career, her mother made $20 million from her career as a film producer. Her parents also accumulated more earning from their joint venture through Team Downey, a film producing company, which is a part of Warner Bros.

And, growing up into a millionaire household with his parents owning a $3.8 million costing mansion along with a summer house in Hamptons, Avri and her siblings lives a luxurious and privileged lifestyle. And, surely after her parent's demise, the properties of her parents will be shared among Avri and her brothers.