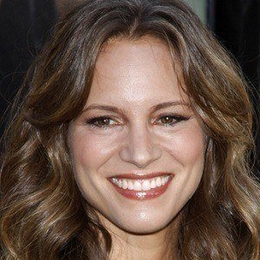 A film producer on her own right, Susan Downey is also a mother to two beautiful children and the wife to actor Ribert Downey Jr. who credits his partner on shaping his fallen Hollywood career.

Interestingly, when the gorgeous Susan Downey met actor Robert Downey Jr. in 2003 on the set of the hit film, Gothika that was produced by Susan herself, the Iron Man actor was finalizing his divorce with his former and first wife, Deborah Falconer. 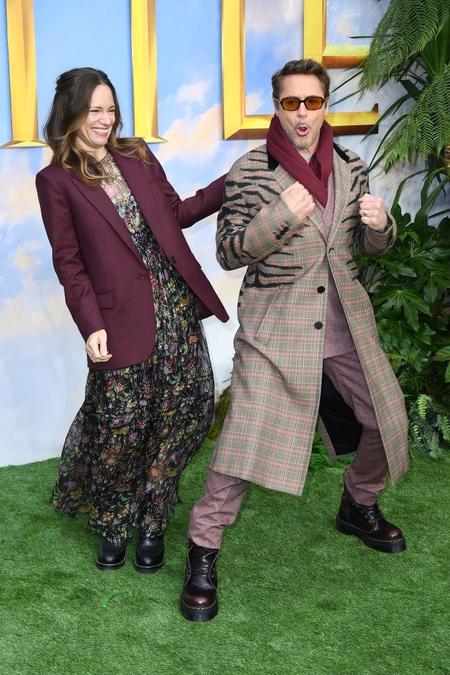 For Downey, he instantly fell in love with Downey and his charismatic personality and working principles whilst working on the film. He even asked Susan out on a date multiple dates. Although Downey liked him, she couldn't instantly accept Robert's date proposal as she wanted to focus more on her career and thought they wouldn't last after Gothika wraps up filming.

On top of it all, she also admitted to finding Robert weird when they first met. But that didn't happen as fate had different plans for them. Love and understanding only grew between Susan and Robert despite knowing that he was already a father to a son named Indio Falconer Downey he shared with Deborah.

Susan and Robert maintained to keep their romance away from the public attention until months later when the actor decided to put a ring on it. Clearly, Robert had fallen head over heels for the producer that he popped the question in less than six months after they began dating. After all, why wouldn't he? Susan helped him get rid of his drug addiction and built his acting career. Well, Robert has indeed been sober since meeting Susan.

Speaking of their engagement, Robert got down on his knees right before the premiere of Gothika in November 2003 and Susan Downey's 30th birthday. Of course, she said yes which made their relationship and engagement tabloids' headlines. 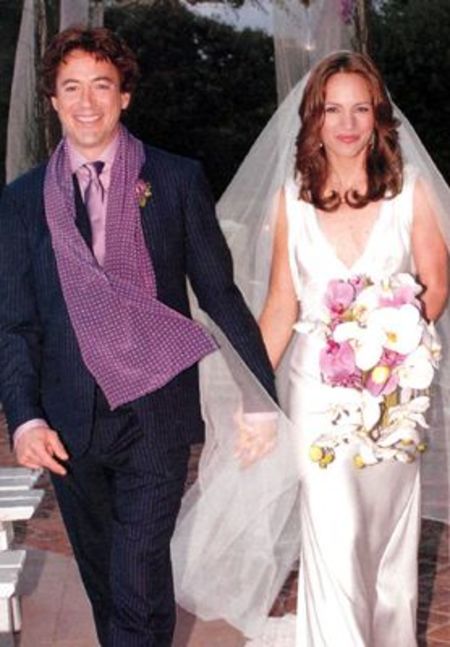 The lovebirds, however, didn't tie the knot right away. Susan and Robert waited two years to finally get hitched which is on 27th August 2005 at Amagansett, New York, the couple exchanged the marital vows in a Jewish ceremony in front of high profile celebrity friends including Billy Joel, Sting, and Keanu Reeves who made his entry at the wedding by riding a motorcycle.

Also in addition to their wedding day, Robert who was nervous reportedly only drank water at the ceremony. But, their wedding was one successful event. And, his bride, born as Susan Levin then changed her last name to Downey after their marriage.

Nearly seventeen years later, Susan, today, is blessed with two adorable kids she shares with her husband. The couple welcomed their first child, a son named Exton Elias Downey in February 2012 followed by their daughter, Avri Roel Downey who was born in November 2014. Besides, Susan also maintains a great relationship with his step-son, Indio.

Net Worth Of Susan Downey; Is She As Rich As Robert Downey?

According to Celebrity Net Worth, Susan Downey has a net worth of $20 million. As for his husband, Robert Downey Jr, who is considered as one of the highest-paid actors worldwide bags a net worth of $300 million. And all of Susan's net worth and earning are accumulated from his career as a producer and businesswoman.

Mrs. Dowey who kicked off her Hollywood career in the production company, Threshold Entertainment has also contributed to companies including Dark Castle Entertainment, before she finally debuted as a co-producer for Ghost Ship ($68.3 million) followed by Cradle 2 the Grave ($56 million).

Susan has since produced other hit and notable hits including Sherlock Holmes ($524 million) aside from Kiss Kiss Bang Bang, Dolittle, The Judge, Orphan, RocknRolla, The Invasion, The Reaping, Due Date, The Book of Eli, and Whiteout among other more. And, all of the projects touched by Susan turned to gold. 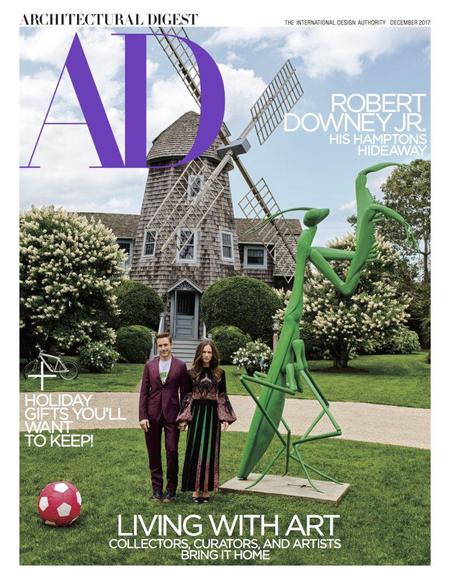 In addition, Susan alongside her husband also pursued over their own ventures when they launched Team Downey, a branch of Warner Bros in 2010. Speaking of which, The Judge was produced by Team Downey. Relishing her money earned through hard work, Susan lives in a nearly $4 million mansion, which is a 19th century renovated house that Robert purchased for $3.8 million in 2017. Besides, the Downeys also own a summer house in Hampton.

Actor Robert Downey Jr. is the husband of film producer Susan Downey with whom she shares two kids.

Exton Elias Downey is the first child and the only son of Susan Downey and her husband, Robert Downey Jr.

Avri Roel Downey the youngest child and the only daughter of film producer Susan Downey and Robert Downey Jr.