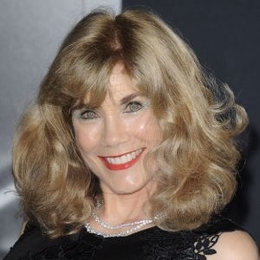 Popular 70s model and actress, Barbi Benton is one of the much-loved faces till now. Her charming personality to breakthrough acting ability made everyone her fans. Though, the actress left the entertainment industry in the mid-1980s but still, she is everyone's favorite.

Barbi Benton is happily married to her husband, George Gradow who is real estate developer by profession since 1979. More to that, the beautiful couple is proud parents of two children.

From Stranger to Lover

Barbi and George first met in 1977 through a mutual friend named Liz Prince, a former employee to George. Interestingly, back then, Prince asked Gradow about his marriage plan, and he replies, “When I find someone who looks like Barbi Benton.” Fortunately, Liz knew Benton's mother, and he set up the two, but at that time, she was dating some other guy and least interested in George. 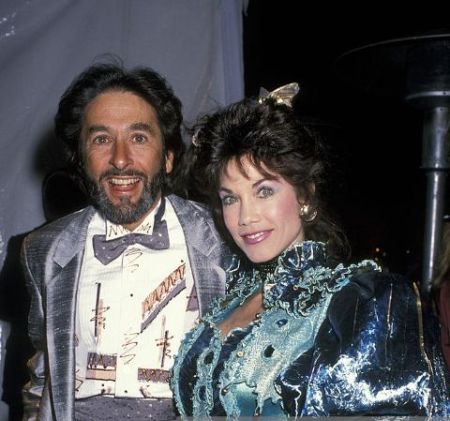 Barbi Benton with her husband during the early 1980s.

Later, the actress revealed when she first met George she was like meeting businessman, a financial adviser, and not as a possible husband but after her break-up with then-boyfriend, she invited him to the Academy of Country Music dinner. They dated for four months before Gradow popped up a question, but she refused and said, “No, I’m not that suicidal.”

Benton, however, reconsidered her answer, and after a week, she said "yes." Previously, in an interview, recalling memories with her now-husband, the actress mentioned,

“George is a one-woman man, and I could never get beyond dating more than one man at a time. One thing I love is that I don’t have a lot of people running around Hollywood saying ‘I’ve had her,’ because guys love to talk, especially about celebrities.”

The adorable couple is together since then, without any sign of seperation.

The duo dated for nearly two years before committed as husband and wife on October 14, 1979. Their wedding was a small intimate affair attended by their closed ones and family members. 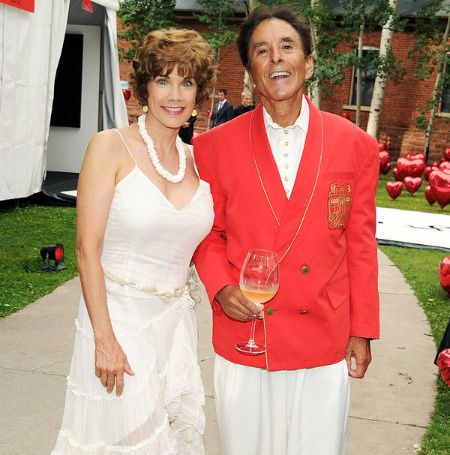 Back in the 1980s in an interview with People, Gradow confessed marrying Barbi was a fairy tale to him, he added, every night when he goes to bed, he said, "I’m the luckiest man in the world." Though the pair doesn't belong to the same fraternity, they always respect and understands one another work which is the key factor of their sucessful married life.

Mr. and Mrs. Gradow shares two children. They first welcomed their son, Alexander Gradow on August 23, 1986, and after two years on July 13, they were blessed with a daughter, Ariana Gradow.

Soon after the birth of her second child, she decided to quit the film industry in order to spend more time with her kids. Moreover, she and her husband split their time between homes in Aspen and Los Angeles.

At the age of 19, Barbi first encounter multi-millionaire Hugh Hefner during the shooting of 'Playboy After Dark. He was the founder and CEO of Playboy Enterprises who died at the age of 91. At that time, he was 43, and when Barbi told him, she never dated a guy over 24, he responded, "neither have I." 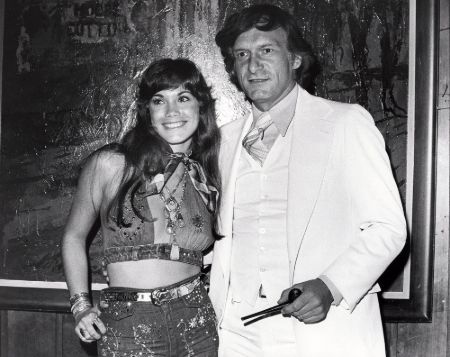 The former model with her ex-beau, Hugh Hefner. SOURCE: Pinterest

Afterward, the two started dating and lived together for almost nine years before their split in 1976. However, they decided to remain as good friends. Hugh, who already faced unsuccessful marriage said, he was regretting not marrying Barbi which led to their separation, but back then he wasn't interested either Barbi was.

In 1986, Barbi Benton bid farewell to the entertainment industry to raise her children and focused on her family life. Afterward, she completely vanished from media and rarely made public appearances. Later, in 2002, it was reported, the former model is enrolled in interior designing and having her best life.

It seems like, Barbi isn't interested in making her comeback in modeling and films as she is happy with her interior career and family life.

The former playboy model has a net worth of $20 million which she accumulated from her modeling and acting career. She featured nude in double spreads of Playboy magazine in 1970, 1973 and 1975.

Barbi Benton was born in New York City, U.S. to a Jewish family but raised in Sacramento, where her father was a gynecologist and her mother served as an investment counselor. She attended Rio Americano High School and took all kinds of lessons including scuba diving to the piano and also did tearoom modeling. 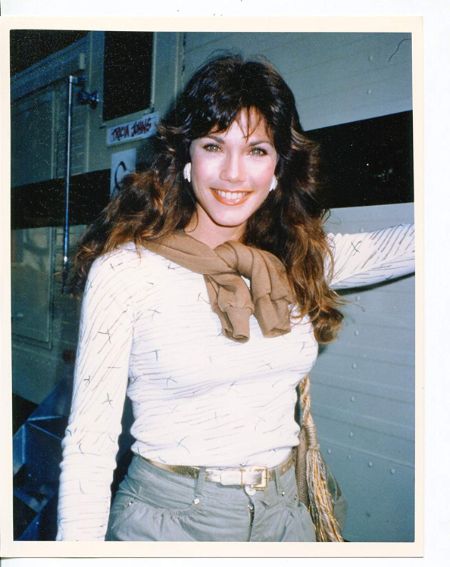 Later, she joined  UCLA to become a veterinarian but had to give up because she couldn’t stand the sight of blood. At the same time, she signed with a commercial agency which led to a role on the TV series, "Playboy After Dark." She is also best known for featuring on CBS show, "Hee Haw".

As a matter of fact, her birth name was Barbara Lynn Klein which she changed to Barbi Benton just before her screen debut in a 1969 German film, "What’s a Nice Girl Like You Doing in a Business like This?" because the producer wanted a more American sounding name.

Alexander Gradow was born on August 23, 1986. He has a younger sister named Ariana Gradow.

Ariana Gradow was born on July 13, 1988. She has an elder brother named Alexander Gradow.