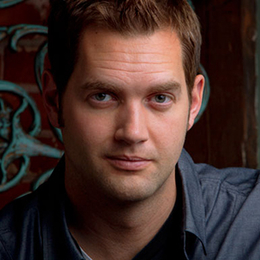 Famous for his performance as a TV host and FBI agent in on the show, Fact or Faked, Ben Hansen is a licensed pilot. He is also a falconer and SCUBA diver. The star makes a good buck from his career.

Ben Hansen has gained huge popularity from his work on the show, 'Fact or Faked.' He is successful in winning the heart of millions of fans but did he found anyone who wins his heart? 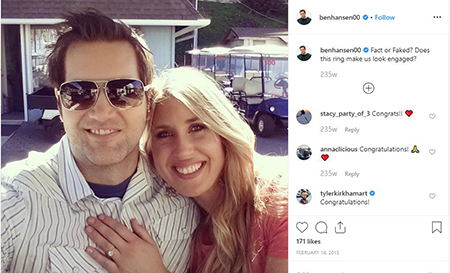 Since then, he has not posted any picture with his partner, so, he is speculated to be separated. They, however, are yet to speak regarding the rumor.

Hansen was once rumored to be dating Jael de Pardo. His rumored girlfriend, Pardo is an American actress by profession.

Ben Hansen is a TV host by profession. He is making a great net worth and salary from his career. Well, what is the figure of his fortune?

Hansen's net worth of around $500 Thousand. His primary source of income is his career as a TV host.

In a little more than 2 weeks is the premier of my latest project called "Ghosts of Morgan City" on @travelchannel For several months I lived with a team in the deep bayou helping local police solve some frightening encounters with the unknown. Starts June 21st in the U.S.!

The star moreover used to serve as a hots and FBI special agent in the Syfy TV series, 'Fact or Faked: Paranormal Files' and 'Spacing Out!' Moreover, he also worked in 'Paranormal Lockdown' starring Katrina Weidman and Nick Groff. As of 2019, he is working on a TV program, 'Ghosts of Morgan City.'

Paying my respects to Betty and Barney Hill and their 1961 UFO abduction event in the White Mountains of New Hampshire.