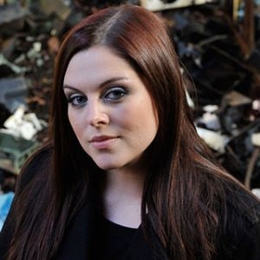 Katrina Weidman is a famous American paranormal investigator who is currently working in 2019 reality series, Portals to Hell. She made her TV career in 2007 in Paranormal State.

Katrina Weidman has earned huge fame in a very short period. She is successful in winning the hearts of millions of fans but has she found anyone who wins her heart?

Weidman is neither married nor dating anyone as of 2019. She is a hardworking and ambitious paranormal investigator who is more to her career rather than focusing on some serious relationships.

On top of that, the star is not spotted with anyone on romantic dates and even has not introduced someone as her boyfriend. So, she is single as of now.

Previously, Weidman was rumored to be in a relationship with her cast member Nick Groff. They were even speculated to be married. Further, the rumor turned out to be false as Nick was married to wife Veronique Groff in 2004.

Apart from the relationships, Weidman is active on several social media, including Instagram, Twitter, and Facebook. On all her accounts, she has a great fan following.

Katrina Weidman is active in the Hollywood industry for over a decade. In her decade long career, she worked in several TV shows and movies from where she earned a huge amount.

Weidman has the net worth of around $200 Thousand to $500 Thousand. She collects bucks from her career as a paranormal investigator.

From 2007 to 2011, she appeared on A&E's paranormal reality TV series. She worked with Ryan Buell and Chip Coffey. Since 2016, she is working in 'Paranormal Lockdown' with Ben Hansen and Nick Groff. The series has many guest investigators such as Amy Bruni and Amy Bruni. As of 2019, she is currently working in the reality TV series, 'Portals To Hell' starred Jack Osbourne.

Check out the interview video with Katrin Weidman and Nick Groff:

Katrina Weidman has a great height, which matches her personality. The star has a red-dyed hair and brown eyes. Moreover, her age is 36.