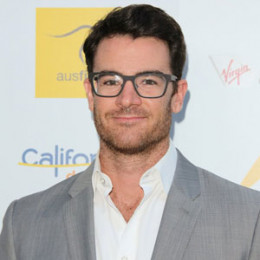 Lawson signed on for the second installment of 13 Reasons Why in August 2017 as a baseball coach which hit the TV screen in mid-2018.

Currently, Lawson has always maintained a low-key personal life. Currently resides in California, he is quite ambitious and hardworking.

Ben Lawson was born on February 6, 1980, in Brisbane, Queensland, Australia. He is Australian and belongs to the White ethnicity. He was raised along with his two younger brothers, Josh Lawson, an actor and Jordan Lawson, bass player, and older brother, Matt Lawson, senior Radiographer. He also has a half-brother, David Lawson.

Lawson attended the St. Joseph's College, Gregory Terrace. He graduated from the National Institute of Dramatic Art (NIDA). His nickname is Vegas.

Ben Lawson started his professional career in 1993 as a child artist in science fiction TV series, Time Trax. The same year, he appeared in an episode of The Adventures of Skippy.

Lawson got his major break in 2006 with Australian soap opera, Neighbours as Frazer Yeats. His role earned him Logie Award 2007 nominations for Most Popular New Male Talent. However, he left the show in April 2008.

In 2011, Lawson shared a screen with Natalie Portman and Ashton Kutcher in No Strings Attache. After a year, he landed a recurring role in the ABC sitcom Don't Trust the B---- in Apartment 23 as Benjamin.

Some of his TV screen credit includes Sabrina Down Under, Perfect Disaster, The Deep End, Covert Affairs, The League, Bones, The Exes, Rake, Secrets & Lies, Modern Family, Jennifer Falls, iZombie, Angel From Hell and others.

Lawson appeared in the 2008 short-lived CBS drama Doubt opposite Laverne Cox. Even, Cox referred him "an amazing actor". He worked on movies like Silent Hunter, Chameleon II: Death Match,  No Strings Attached, The Little Death and Now Add Honey.

In 2018, Lawson will star in the second season of the Netflix original series, 13 Reasons Why. He will be playing the role of High School Baseball coach Rick.

Ben Lawson is one of the successful Australian actors. As of 2018, he has an estimated net worth is in millions but the real figure is still under review.

In 2011, his romantic comedy film, No Strings Attached earned $149.2 million at the box office which was made under the budget of $25 million.

Ben Lawson is in a romantic relationship with an LA-based artist, Maile Mildrexler. The duo is together for a long time and shares a good bonding with one another. 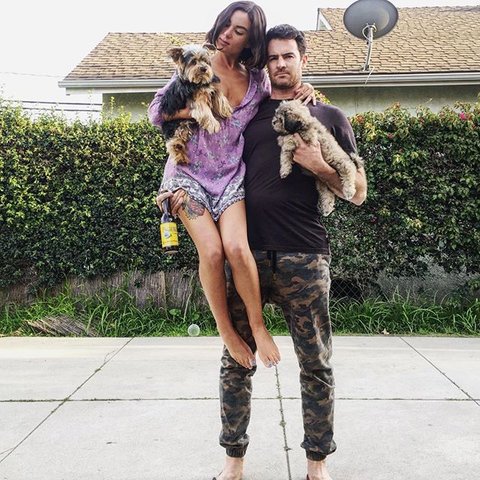 Ben along with his girlfriend, Maile, and their two dogs

Currently, the duo appeared in the Elton John Aids Foundation. Their cute PDA on Instagram never failed to impress their fans and well-wishers. Both of them are a dog lover and they have two dogs, Mochi, and Bubbles. The couple often posted their pet pictures on their social sites.

Previously, Lawson dated Australian actress Harriet Dyer, who is known for her roles Patricia Saunders in Australian television drama, Love Child. They used to post a lot of pictures of each other on their social accounts. 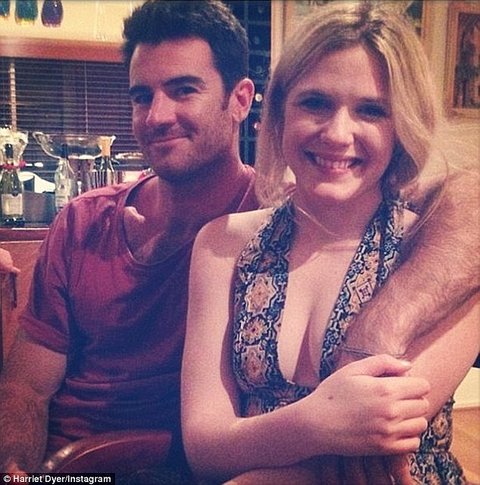 In the 5th Annual AACTA Awards show, the Daily Mail Australia journalist ask Harriet Dyer if she is still dating him to which she replied