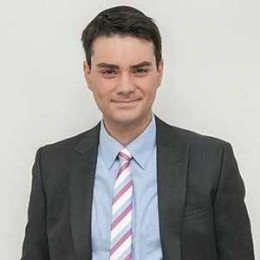 Ben Shapiro is an American political commentator, an author nationally syndicated columnist and a host on TV and radio too. His books were so popular and are appreciated by the audience and were listed on The New York Times Best Seller List. Ben was also a professor at Columbia Graduated School Of Journalism and also at the Centre For Documentary Studies at Duke University. Ben is married to Toledano with two children- a girl and a boy.

Ben was born on 15th January 1984 in Los Angeles, California as Benjamin Aaron Shapiro. He was born in a Jewish family partially Russian and raised with three sisters.

Shapiro is the residence of US and belongs to white ethnicity. He is the nephew of Suzie Wilson, an actress who died of breast cancer and is the cousin of Mara Wilson, the former child star.

In 2004, Ben earned a Bachelor's degree of Arts in political science from University of California, LA and in 2007 he graduated from Harvard Law School. After graduation, he practiced law at Goodwin Procter LLP.

Ben Shapiro started writing columns for various newspapers and websites during his college days when he likes- FrontPageMag.com, FamilySecurityMatters.com, Human Events, and ABCNews.com. So, is praised as 'the youngest nationally syndicated columnist in the country.'

Furthermore, he wrote many of the books like- Project President: Bad Hair and Botox on the Road to the White House, Brainwashed, Primetime Propaganda: The True Hollywood Story of How the Left Took Over Your TV and so on. He had also published a book about former President Barack Obama named, The People vs. Barack Obama: The Criminal Case Against the Obama Administration.

Besides writing, Ben was also involved in various TV shows, and radio shows around the nations like- Fox and Friends, The O'Reilly Factor, The Lars Larson Show, The Dennis Prager Show, and Scarborough Country. From 2014 to 2015, he hosted and co-founded media website associated with David Horowitz Freedom Centre.

Since 2015, Ben is the founder of ''The Daily Wire'', an American conversation news website and hosts the online podcast. The show has 171,829 subscribers.

Three advertising company ceased advertising on Sapiro's popular podcast after the conservative commentator recorded an episode at the anti-abortion March for Life where he said,

“No pro-life person would kill baby Hitler. Baby Hitler was a baby.”

Quip, a Brooklyn-based subscription toothbrush company was the first one to withdraw its advertising following the meditation app Calm and Saucey, a Los Angeles-based alcohol delivery company.

As of 2018, Ben Shapiro's net worth is estimated by various pages to be $7 million. He earns an annual salary of $1 million. Ben is one of the successful commentator, host, and author by which he is earning a huge amount.

He is also an author and one of his famous books is The People Vs. Barack Obama: The Criminal Case Against the Obama Administration. The book costs $8.82 for Kindle, $19.16 Hardcover, and $9.28 Paperback.

He has a great fan following of 58k on Instagram and 545k on Twitter. He has a great source of income from his political show website, podcast show where he hosts too.

Speaking of his personal life, in 2008 he got married to the Israeli citizen, Mor Toledano. His wife is of Moroccan descent. In an interview talking about how he knew his wife was the 'one', he simply stated his wife is hot. 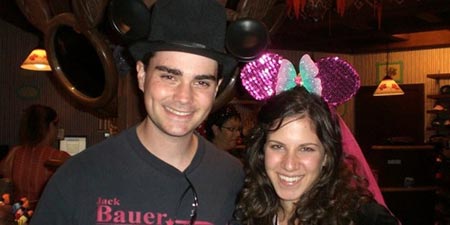 The couple follows Orthodox Judaism. After long years of marriage, they had a daughter in 2014 and a son in 2016. As for her profession, his wife is a Doctor. In an interview with The Daily Wire, he said how his wife has been practicing medicine for the past 10-years or so.

Ben's daughter, Leeya suffered from a severe cough when she was at her childhood phase. They are happy together, and no such news about their divorce and extra-marital affairs has surfaced yet.

Mor Toledano, an Israel citizen, and Ben Shapiro got married in 2008 and now have two children. The couple practice Orthodox Judaism.

Leeya Eliana Shapiro born in 2014 to Ben Shapiro and Mor Toledano. Leeya during her early age suffered from whooping cough.

in 2016, Ben Shapiro and Mor Toledano had another baby boy. Ben had announced her son's birth by posting on Twitter but has not shared his name to the media and on social media.