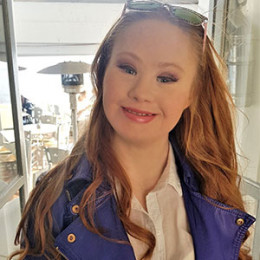 In order to achieve her dream, Madeline Stuart worked day and night to lose 44 pounds as she became a global sensation in the modeling industry. Since then her life has completely changed as the young lady became the first ever Down Syndrome professional model. Not only did she gain stardom but also became an inspiration to hundreds and thousands of people.

How is Madeline Stuart's Personal Life? Is She Dating a Boyfriend?

Madeline Stuart is in a relationship with an Australian guy named Robbie Streeting. The pair began dating in 2014 and since they are in a healthy relationship. 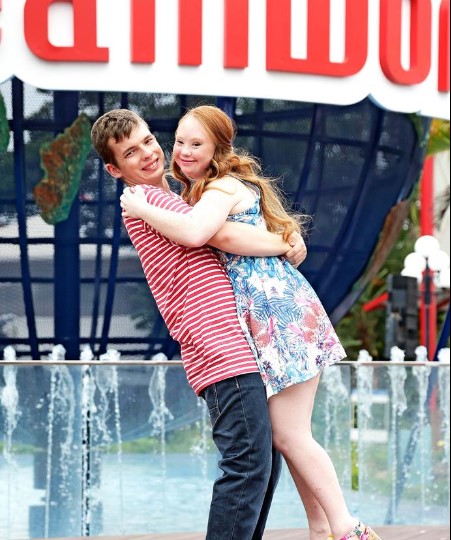 The model's boyfriend Robbie who has an intellectual disability stated that he first had a crush on Madeline when they met at a Special Olympics event in 2011. Meanwhile, after more than four years of togetherness, the duo seems closer than ever.

“Maddy is the one and only girl for me – I’ll wait until she turns 25 and then I’ll propose."

“It might take a while to save for the ring but I’ll get there. Won’t be quite as big as Mariah Carey’s but it will be pretty impressive – my princess deserves the best!”

Clearly, we can see the duo's love for each other and we do hope it goes as they planned.

The model is currently enjoying her life to the fullest along with her family and also focused on her prospering career and studies. Besides she is active on social media platforms like Facebook, Instagram, and Twitter where she boasts many followers.

The start of 2019, first 24hrs, good friends, good food, good music, lots of love. I have a feeling 2019 is going to Rock and I am very excited to share all the amazing adventures with you in the months to come. First I need to heal and get strong again but that will happen and I know I have your support to make that journey even easier. I hope the start of your year was filled with love also. #friends #love #madelinestuart #nye #model

From her social media, we found out that she is a funny and lovable person who often splits time with her works and family. She is relishing her life living with her loved ones and being an example to so many people that in spite of a disability nothing is impossible if we work hard on it.

What is Madeline Stuart Up To Now?

Madeline Stuart, an Australian model with down syndrome flauted her beautiful red gown at the fashion show held at Hammerstien Ballroom in Manhattan Center on February 6, 2020. She posed for a photo shoot alongside the singing sensation Meghan Trainor and Constance Zimmer.

She appeared on the cover of AWARENOW magazine on March 25, 2020 and also thanked the awarenessties team for providing her great platform. She now receives an engagement with numerous magazines, product endorsements and sponsorships.

Walking into her love life, Stuart is still in a romantic relationship with her boyfriend, Robbie Streeting. The lovebirds most recently celebrated their Valentines' day on february 14 exchanging a precious flower bouquet and polo Ralph Lauren shoes. Along with the cute snap of two, Madeline revealed it's their sixth valentines day together.

How Much Is Madeline Stuart's Net Worth?

From her very successful modeling career, Madeline Stuart holds an estimated net worth of at least $1 million. She has walked in over 60 runway shows which includes London Fashion Week, Paris Fashion Week, Art Hearts Fashion Week, Runway Dubai, Mercedes Benz, Fashion Week China, Birmingham Fashion Week, and many more. You name it she has done it all.

Madeline Stuart at an interview, check out the video!

Typically, a runway model makes a salary of $20,000 in a year. After modeling for so many big label companies no doubt she earned a handsome paycheck from her work. In addition, she even earns a good amount of bucks from her social media. She receives an estimated amount of $614.25 - $1,023.75 per promotional post on Instagram.

Madeline Stuart also actively engages herself in charity and social works. She attended a fundraising event for children with Down Syndrome in Indonesia. 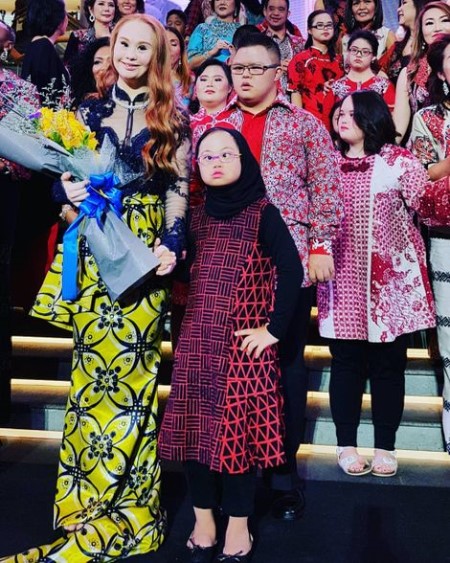 Madeline Stuart at a charity show in Indonesia.

She walked the runway during the charity event in Jakarta, Indonesia, on March 21, 2019, marking the World Down Syndrome Day. Moreover, she works as a spokesperson and advocates for diversity and equality in the modeling industry.