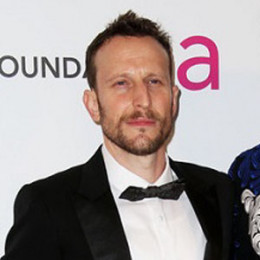 Bodhi Elfman born on 19 July 1969 is an actor and only child of filmmaker Richard Elfman. He has been married for nearly two decades and has two children.

An American actor, Bodhi Elfman is well known as Avram Hader on the Fox series, Touch and his recurring role as Peter Lewis aka Mr. Scratch in Criminal Minds. He is the son of a filmmaker, Richard Elfman, and Rhonda Joy Saboff.

The 47-years-old Bodhi graduated from Beverly Hills Playhouse Acting School, and it's where received his acting degree. He is Jewish and holds American nationality. His birth sign is Cancer.

Bodhi has featured in films like Mercury Rising, Godzilla, Collateral, and Armageddon, and played small parts in The Mod Squad, Gone in 60 Seconds and Keeping the Faith.

He featured in the UPN TV series Freedom opposite Holt McCallany, Darius McCrary, and Scarlett Chorvat, and in Pirates of Silicon Valley along with Noah Wyle and Anthony Michael Hall. He has also appeared on the short-lived ABC TV series, Hiller, and Diller; and guest-featured in a scene of Sliders, and was also a recurring cast of Touch.

Bodhi also guest-featured in his better half's TV show Dharma and Greg, playing a performance artist who asks Dharma to be a section of his living display gallery.

In 2012, Elfman and his mate, Jenna Elfman, began their podcast, Kicking and Screaming by Jenna and Bodhi Elfman.

Elfman is a married man and father of two sons. He first met his future wife, Jenna Elfman, an actress, at a Sprite commercial audition in February 1991. Soon after, they started dating and fell in love. On 18 February 1995, he married to his longtime girlfriend Jenna Elfman.

The duo is living happily together with their children. The lovable couple is together for 26-years together and 22-years from the marriage date.

The actor Elfman has an estimated net worth of $55 million dollars. Bodhi and his wife Jenna bought a 5,000-square-foot home in the Hollywood Hills in Madonna, for $4 million dollars in 2000.

The 9-years-old Story Elias Elfman was born on 23 July 2007. He is the first children of his parents. He has a younger brother, Easton Quinn Monroe Elfman.

Easton Quinn Monroe Elfman was born on March 2, 2010. He is the second children of his parents. He has an older brother named, Story Elias Elfman.